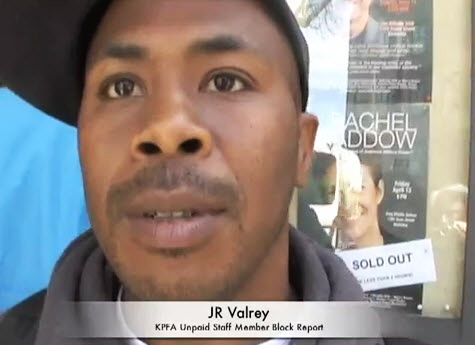 On April 18, a picket was called by the KPFA members of CWA Local 9415 to demand the firing of the anti-labor law firm Jackson Lewis. The firm has been retained to provide legal services to Pacifica, which owns the five stations on its network, including KPFA.

Over 80 percent of the workers at KPFA are unpaid volunteers who are not represented by the union. 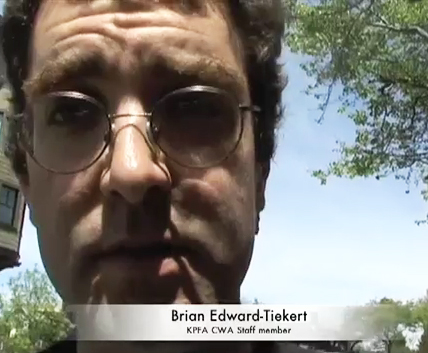 CWA District 9 Regional Director Libby Sayer called during the picket for a financial boycott of the station for supporting union busters. The picket was supported as well by the “KPFA Worker” and “Save KPFA” grouping. For more video on these issues, go to