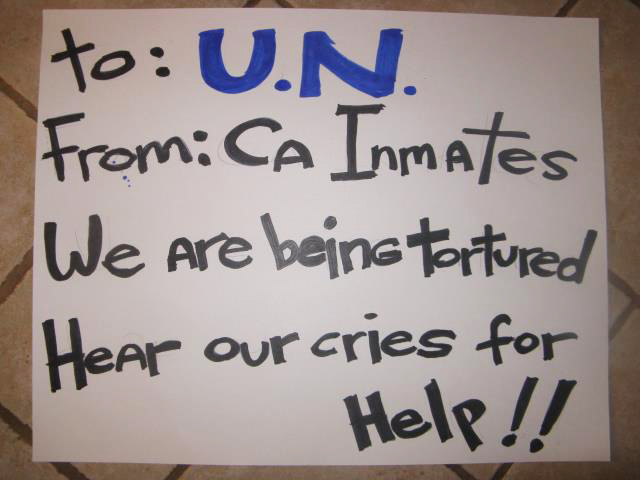 I was moved by California Department of Corrections (CDC) Pelican Bay State Prison (PBSP) officials. They gave me no reason for the move, would not tell me where I was going until I got here. It wasn’t a long move as far as distance, just down the hall to another unit in the Short Corridor, but it was significant for a couple reasons:

1) It further demonstrates the retaliation I told you would happen: first the cell raid and confiscation of my property at 3:45 a.m. in December and now this forced cell move.

2) This now separates me from my “jailhouse attorney,” who was doing all my legal work on my writ of habeas corpus and my lawsuit against CDC’s validation process. Now I won’t be able to continue either case because I don’t have enough knowledge of the law to do it on my own. Deadlines are looming and I know I don’t have enough time to learn what I need to do.

This move was no accident; PBSP knew very well about my lawsuit against them and knew that by separating me from that unit they would make it impossible for me to proceed with the case. It’s all very obvious retaliation for my participation in the hunger strike and for being one of the lead petitioners in the United Nations petition.

There is a positive aspect to the move however; that is, the unit or pod I’m in now is somewhat out of the loop on the ongoings of the hunger strike and the struggle in general. And to be quite honest, the level of enthusiasm is visibly lower here than the unit I came from.

So this gives me the opportunity to bring these guys up to speed and spread the energy that we had going in the other unit. The men here weren’t even aware that a hunger striker passed away in Corcoran or that the hunger strike reps already submitted a counterproposal to CDC’s original bullshit proposal.

When the possibility came up that another hunger strike may be looming for this summer, it got real quiet in here, but I did my best to show my support and commitment to our fight for liberation and human rights. Hopefully it will catch on before these K9s find another reason to move me or harass me some other way.

Other than that, all is well. I was really encouraged by the support showed at the press conference for the U.N. petition and I can’t explain to you how much the support from you guys and all others means to us. Without you guys we wouldn’t be where we are today. Our struggle would still be buried under all the secrecy of CDC. But thanks to all of you, your support and willingness to be the voice we need, today we have this opportunity to finally break the chains that have bound us for the last 20-plus years and bring CDC to its knees.

Let us hope we don’t have to go back on another hunger strike this summer, but if CDC doesn’t honor their part of the agreement and come with something a lot better than this first bullshit proposal they came with this time, then they’ll leave us no other choice.

Again, gracias for all your support. And in echoing the word of the hunger strike reps, I urge all of our supporters in the libre to continue to fight, stay strong and we’ll do the same on our end.

With sincerity and strength.

This letter was written April 1 to prisoner advocate Kendra Castaneda, who transcribed it and added: “Javier is not the only U.N. petitioner who has been retaliated against lately by CDCR. More of the main 22 U.N. petitioners have written to say that CDCR has transferred them or placed them in the Correctional Clinical Case Management System (CCCMS), which facilitates mental health care, when they never asked for that. They keep requesting to be taken off, but CDCR ignores their requests. Some men’s mail is being withheld; they have not heard from anyone in months, though I keep receiving letters from them. Families have contacted me as well letting me know CDCR is also ignoring their requests for visits. It seems retaliation by CDCR is on the rise.” Email Kendra at kendracastaneda55@gmail.com.