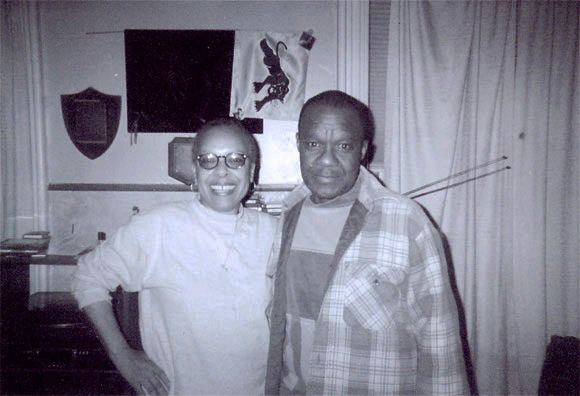 He was born Richard Reginald Schell, but most people knew him as Reggie, and those who worked with him called him “Cap” – short for Captain, the rank he held in the Philadelphia branch of the Black Panther Party. He was a patient and wise teacher and looked out for younger Panthers, including this writer.

He wasn’t the first nor the last captain in Philadelphia, but his tenure marked the expansion of the local office, from one storefront on the old Columbia Avenue, now Cecil B. Moore Avenue, to at least five offices citywide.

His term of office was one of conflict and confrontation, and during the Rizzo years (under former police commissioner and late city mayor, Frank L. Rizzo) that conflict turned into a shooting war.

He built the local chapter into an office that was the pride of the state – and the bane of the State. It was late summer, 1970, when city police attacked local Black Panther offices in North Philly, West Philly and Germantown in the wee morning hours.

The city raids were designed to deter people from attending the Revolutionary Peoples Constitutional Convention (RPCC), when people, mostly activists, would gather together to write a new revolutionary constitution for a new, revolutionary America.

The raids backfired, for afterwards support came from all quarters, even those which had previously avoided the Panthers.

But even after the dissolution of the party, Reggie continued his work by founding the Black United Liberation Front (BULF), composed mostly of local ex-Panthers. The issues were the same: protecting and defending the rights of Black people – fighting against police brutality, for decent housing and against the prison industrial complex. He worked closely with any group or individual who could help and had a close and personal working relationship with the late North Philadelphia-based cleric, Father Paul Washington, long-time rector of the Church of the Advocate.

In later years, even when under the ravages of kidney disease so serious it required weekly dialysis, Reggie Schell was at his post, ignoring his pain, passing out leaflets on C.B. Moore Avenue or painting signs of protest for passersby. Above all things, he loved Black people.

He died as he lived – as a revolutionary, relentless, determined, straight ahead.

Reggie Schell returned to his ancestors in the early hours of May 9, 2012. He was two months shy of his 71st birthday.

He is survived by his four adult children – Dessalina, Leslie, Marcus and Richard Reginald. He had a dozen grandchildren and half a dozen great-grands.