Oakland – The Center for Constitutional Rights (CCR) filed a federal lawsuit Thursday on behalf of prisoners at Pelican Bay State Prison who have spent between 10 and 28 years in solitary confinement. The legal action is part of a larger movement to reform inhumane conditions in California prisons’ Security Housing Units (SHUs), a movement dramatized by a 2011 hunger strike by thousands of SHU prisoners; the named plaintiffs include hunger strikers, among them several of the principal negotiators for the hunger strike. 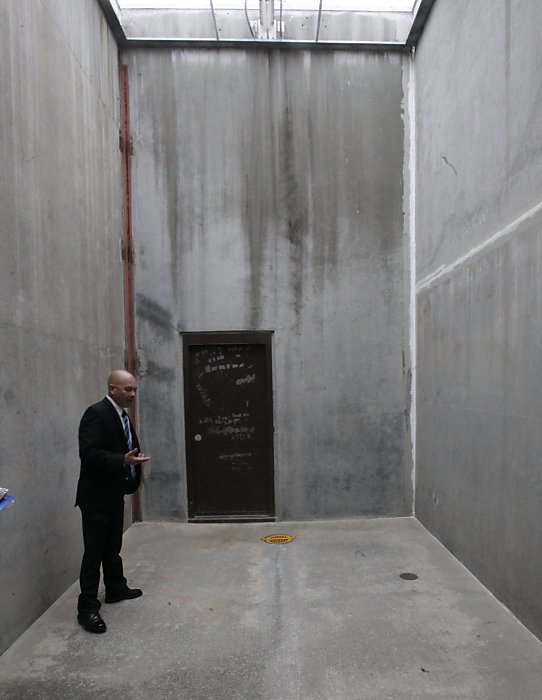 The class action suit, which is being jointly filed by CCR and several advocate and legal organizations in California, alleges that prolonged solitary confinement violates Eight Amendment prohibitions against cruel and unusual punishment and that the absence of meaningful review for SHU placement violates the prisoners’ right to due process.

“The prolonged conditions of brutal confinement and isolation such as those at Pelican Bay have rightly been condemned as torture by the international community,” said CCR President Jules Lobel. “These conditions strip prisoners of their basic humanity and cross the line between human treatment and barbarity.” Advocates hope that the suit will strike a blow against the increasingly routine use of solitary confinement in American prisons.

SHU prisoners spend 22½ to 24 hours every day in a cramped, concrete, windowless cell. They are denied telephone calls, contact visits, and vocational, recreational or educational programming. Food is often rotten and barely edible, and medical care is frequently withheld.

More than 500 Pelican Bay SHU prisoners have been isolated under these conditions for over 10 years, more than 200 of them for over 15 years and 78 have been isolated in the SHU for more than 20 years. Today’s suit claims that prolonged confinement under these conditions has caused “harmful and predictable psychological deterioration” among SHU prisoners. Solitary confinement for as little as 15 days is now widely recognized to cause lasting psychological damage to human beings and is analyzed under international law as torture.

Additionally, the suit alleges that SHU prisoners are denied any meaningful review of their SHU placement, rendering their isolation “effectively permanent.” SHU assignment is an administrative act, condemning prisoners to a prison within a prison; it is not part of a person’s court-ordered sentence for his or her crime.

California, alone among all 50 states and most other jurisdictions in the world, imposes extremely prolonged solitary confinement based merely on a prisoner’s alleged association with a prison gang. Gang affiliation is assessed without considering whether a prisoner has ever undertaken an act on behalf of a gang or whether he is – or ever was – actually involved in gang activity.

California, alone among all 50 states and most other jurisdictions in the world, imposes extremely prolonged solitary confinement based merely on a prisoner’s alleged association with a prison gang.

Moreover, SHU assignments disproportionately affect Latinos. The percentage of Latino prisoners in the Pelican Bay SHU was 85 percent in 2011, far higher than their representation in the general prison population, which was 41 percent. The only way out of SHU isolation alive and sane is to “debrief,” to inform on other prisoners, placing those who do so and their families in significant danger of retaliation and providing those who are unable to debrief effectively no way out of SHU isolation.

Legal Services for Prisoners with Children, California Prison Focus, Siegel & Yee, and the Law Offices of Charles Carbone are co-counsel on the case.

The case is Ruiz v. Brown, and it seeks to amend an earlier pro se lawsuit filed by Pelican Bay SHU prisoners Todd Ashker and Danny Troxell. The case is before Judge Claudia Wilken in the United States District Court for the Northern District of California. Click here to read the complaint.

The Center for Constitutional Rights is dedicated to advancing and protecting the rights guaranteed by the United States Constitution and the Universal Declaration of Human Rights. Founded in 1966 by attorneys who represented civil rights movements in the South, CCR is a non-profit legal and educational organization committed to the creative use of law as a positive force for social change. Visit www.ccrjustice.org and follow @theCCR.

Jeffrey Callison, a spokesman for the California Department of Corrections and Rehabilitation, said the agency was still reviewing the lawsuit and could not comment on how it would respond legally.

Callison rejected the claim that conditions at Pelican Bay amounted to torture, however.

“There is no torture in California prisons,” he said. “That is not how we conduct business.”

Callison also disputed the lawsuit’s characterization of conditions in the security housing unit as solitary confinement, noting that the prisoners there are allowed each day to briefly leave their cells. “We do not have solitary confinement in California prisons,” he said.

Yet the conditions in the security housing unit clearly meet the United Nation’s definition of solitary confinement, according to an October 2011 report by the U.N.’s special rapporteur on torture, Juan E. Mendez. In the report, Mendez defined solitary confinement as “any regime where an inmate is held in isolation from others (except guards) for at least 22 hours a day.”

The conditions in the security housing unit clearly meet the United Nation’s definition of solitary confinement.

In an October speech to the U.N. General Assembly, Mendez called for a ban on the use of isolation as punishment and for a prohibition on long-term solitary confinement, citing scientific studies linking such conditions to lasting psychological damage.

“Segregation, isolation, separation, cellular, lockdown, supermax, the hole, secure housing unit … whatever the name, solitary confinement should be banned by states as a punishment or extortion technique,” Mendez said. “Indefinite and prolonged solitary confinement, in excess of 15 days, should also be subject to prohibition.”

“Considering the severe mental pain or suffering solitary confinement may cause, it can amount to torture,” he said.

Lobel, the Center for Constitutional Rights president, said he hoped the center’s lawsuit would proceed quickly through the courts. The Supreme Court has held that prisoners have the right to challenge their detention in extreme isolation units. But it has not ruled on whether long-term solitary confinement violates the Constitution’s prohibition on cruel and unusual punishment.

“We are hoping that this case will be pushed expeditiously and we’ll get some ruling within a year,” he said.

This is an excerpt from the story that first appeared under this headline on the Huffington Post. John Rudolf can be reached at john.rudolf@huffingtonpost.com.