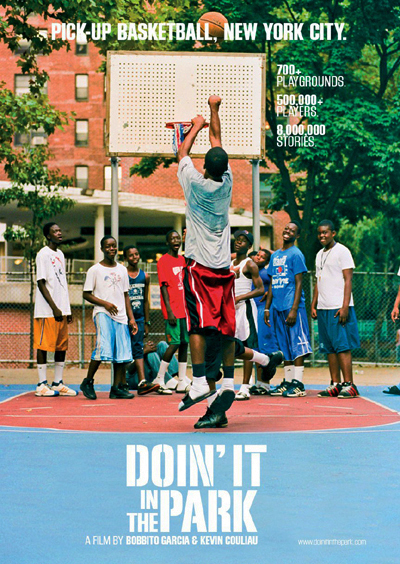 Summertime in the Bay Area is nothing without all of the music, food and film festivals. If you were under a rock in April, you missed the Oakland International Film Festival, but there is still time for you to catch the Bay’s biggest Black film festival, the San Francisco Black Film Festival, which runs June 15-17 at a number of theaters around San Francisco.

This year Leo Sullivan will be in attendance. He is one of the cartoon visionaries who created Fat Albert and Looney Tunes. Digital Underground will also be a part of this year’s festivities, as well as Black Panther Party co-founder and chairman Bobby Seale.

Some of the popular films at this year’s festival are “Block Reportin’ 101,” “Doin’ It in the Park,” “Oaktowne” and “Merritt College: Home of the Black Panthers.” “Block Reportin’ 101” features political rappers from the group dead prez and the mother of SFPD murder victim Kenneth Harding. The film critiques the tactics and strategy of the controversial radio show, The Block Report, in addressing the community’s issues outside of the box of “journalistic rules.”

“Doin’ It in the Park” is a film about the history of pickup basketball in New York and features basketball notables like Dr. J, Skip to My Lou, the Model and more. It also talks about the humble origins of basketball and games like “21” and “horse.”

“Oaktowne” is the first episode of a television series that looks at the complexities of life being Black in Oakland beyond the stereotypes. And “Merritt College: Home of the Black Panthers” is about the history of co-founders Huey Newton and Bobby Seale and their lives as students prior to the international phenomenon that they created called the Black Panther Party. These are just a few of the movies; check the rest out at sfbff.org. Now let’s hear from Kali Oray, director of the San Francisco Black Film Fest …

M.O.I. JR: How was the SF Black Film Fest founded? When?

Kali: It was founded in 1988. This was the first year that the festival started screening movies and bringing them to the Bay Area. Its inception was years before, starting as a mail order for Black cinema. It may be hard to believe with the way media is so easily available today, but in the past, Black media was very hard to obtain unless it was at the top of the commercial food chain. Many movies and shows that you enjoyed as a child or that your mother and grandmother would have enjoyed, were all but impossible to get, if you did not have the resources. 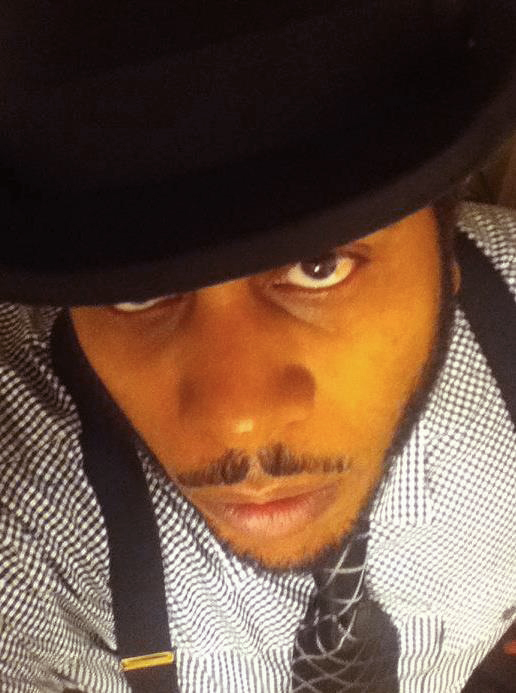 My mother had the resources and vision to compile these hard to find films and sell them through a mail order source called AVCHAR. later changed to AM VIDEOS. The natural progression was to screen some of these hard to find films at a festival, along with the star, and showcase independent Black media at the same time – and this vision birthed the San Francisco Black Film Festival.

M.O.I. JR: What is the point of a Black film festival?

Kali: The point of the San Francisco Black Film Festival is to showcase independent Black films to the masses. We want to offer something different from the normal activities we see on the television and on movie screens. These roles are usually universal and follow the lame format we are used to: the tired scene of us singing and dancing, cooning, playing maids and slaves, or worse, dressing as a women for comic value.

If this is what you enjoy, then you do not have a problem finding this type of material. But if you enjoy positive roles, stories that uplift the Black race in America, and film that you may never see anywhere else, then this is the festival you should attend. We concentrate on breaking the mold in which African Americans and the diaspora are many times pigeon holed. This was my mother’s vision and this is the vision of the SFBFF for life – and that’s a mighty long time.

She was so resourceful that many would not even know that she pulled it off with $3,000 and a lot of favors. Later she suffered a stroke and my suggestion was not to do the film festival that year and take time to get herself back. Her motivation was the film festival and she was back to 90 percent by the opening night. This was a passion that she cared deeply about and this is something that I truly got the bug for after this happened.

Later the conversations were about me moving back to San Francisco or her moving to Atlanta and bringing the film festival there. It was something that was discussed, but I believe we both thought that we had plenty of time. Then four days after Barack Obama gets elected, my mother leaves this place … another scene.

My phone rings and within 10 seconds I had been given the news about my mother’s passing. It took the life out of me and all I could do was go home and cry and meditate. It was as though the world had stopped moving, and I was in a stupor. Without even thinking about what I was going to do, I left on a plane back to my hometown, San Francisco.

Once I got home and started going through the paperwork and packing items to move back to Atlanta, I could not help but to realize that the film festival needed to continue and, more than that, it needed to remain in San Francisco where the Black population was between 5-6 percent. This is from what at one time was 30 percent. If anyone needed a positive festival that dispelled negative stereotypes, it was San Francisco and there is no way that this festival should ever leave the Bay Area.

M.O.I. JR: What are some of the films that you are excited about? Why?

Kali: I am excited about too many films to explain them all so I will tell you about films that I personally enjoyed. The first is a film called “Fambul Tok” (“Family Talk”), which is by far the most powerful documentary I have seen in a decade. Victims and perpetrators of Sierra Leone’s brutal civil war come together for the first time in an unprecedented program of tradition-based truth-telling and forgiveness ceremonies. 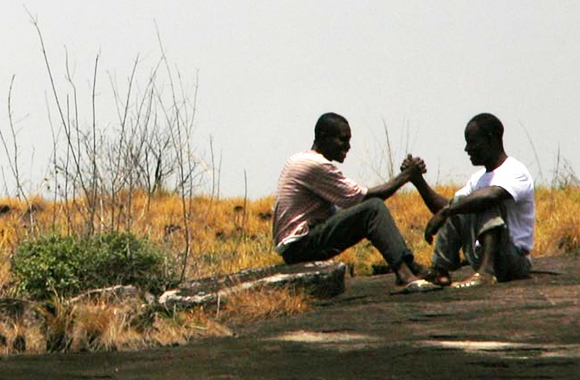 Through reviving their ancient practice of fambul tok (family talk), Sierra Leoneans are building sustainable peace at the grass-roots level – succeeding where the international community’s post-conflict efforts failed. Filled with lessons for the West, this film explores the depths of a culture that believes that true justice lies in redemption and healing for individuals – and that forgiveness is the surest path to restoring dignity and building strong communities. This is a film about forgiveness and understanding that the whole world needs to see.

In New York City, pickup basketball is not just a sport. It is a way of life. There are 700-plus outdoor courts and an estimated 500,000 players. The most loyal approach the game as a religion and the playground as their church.

“An Oversimplification of Her Beauty” – this is a film that I fell in love with. I watched it for the first time and thought it was “cool” but when I had to watch it again, while working with the volume down low, is where the love became official. It is visually stunning! This first time filmmaker poured all of his talent into this film. It is a film that can watch you and there is something new every time it does.

“You’ve just arrived home after a bad day. You’re broke and lonely, even though you live in the biggest and busiest city in America. You do, however, have one cause for mild optimism: You seem to have captured the attention of an intriguing young lady. You’ve rushed home to clean your apartment before she comes over. In your haste, you see that you’ve missed a call. There’s a voice mail; she tells you that she won’t be seeing you tonight.” 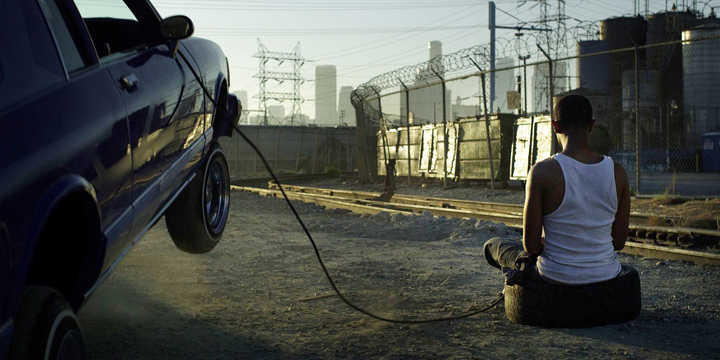 With arresting insight, vulnerability and a delightful sense of humor, Terence Nance’s explosively creative debut feature, “An Oversimplification of Her Beauty,” documents the relationship between Terence and a lovely young woman (Namik Minter) as it teeters on the divide between platonic and romantic. Utilizing a tapestry of live action and various styles of animation, Terence explores the fantasies, emotions and memories that race through his mind during a singular moment in time.

There are many other films that I enjoyed, but I will share those three. We also have student films, shorts, docs, animation, music videos and some new media being offered. Richard Roundtree, Samuel L. Jackson, Whoopi Goldberg and many other stars will bless us in the movies that they are a part of. If I were you, I would break from the norm and support the SFBFF!

M.O.I. JR: Where in San Francisco will the festival be? What activities other than screenings are connected to this year’s San Francisco Black Film Fest?

Kali: The venues for this year are the Lorraine Hansberry Theater on Union Square, The Roxie on Valencia, the AAACC’s Buriel Clay Theater and the Jazz Heritage Center’s Media and Education Theater on Fillmore. 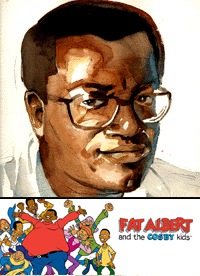 We will have pre- and post-events. We will also be doing an Urban Games Suite and screening “A Great Day in Gaming,” the story of Gerald A. Lawson (better Google or Bing that!). We will also be bringing down Leo Sullivan – animator, layout artist, studio manager – to talk about the industry and how we as African Americans can get involved. His credits include “Fat Albert,” “The Hulk,” “Fantastic Four” and he is the creator of the “Tuskegee Red Tails” app. We will have female game coders, and this will be a great opportunity to network and get your foot in the door.

M.O.I. JR: How’d you feel about the recent Oakland International Film Fest, which you attended?

Kali: I did go to the OIFF and love what David is doing. David is a good guy and many do not realize how much of himself he has to give to bring an annual festival to Oakland. David is someone I will always support and I love his stance on sustainable food and the programming he does for the OIFF.

M.O.I. JR: Where can people buy tickets and get more information for the San Francisco Black Film Festival?

Kali: Tickets will go on sale at the beginning of the month on the website. You can get all the information as it becomes available by joining the newsletter at www.sfbff.org. The phone number is (415) 400-4602.