The fierce debate about competing visions for KPFA and Pacifica Radio continues, with the focus now on the attempt to recall Tracy Rosenberg from the KPFA Local Station Board and the Pacifica National Board and on the competing campaign to keep Tracy on the board. A good number of KPFA listeners and workers consider Tracy one of the hardest working members of the KFPA Local Station Board.

I hesitate to get involved in this further because disputes about KPFA and the Pacifica Radio Network get into far too much obscure historical detail and make the combatants sound as other worldly as sectarian Marxists bitterly arguing about who betrayed whom and who made the wrong decisions at this and that historical moment, ever since Marx penned the Communist Manifesto in 1848.

That’s why I titled my opinion piece in Fog City Journal “Why the KPFA Recall Election Matters and Why a No Vote Is Recommended.” I’ve been concerned most of all that listener subscribers won’t bother to vote because they tuned out the argument so long ago. It’s bad radio, so to speak.

KPFA is important, though not the center of the universe. But, that said, I still think it’s important to take the time to vote NO on the recall and keep Tracy Rosenberg on the KPFA Local Station Board and the Pacifica National Board.

The argument against the recall can be found on the websites of Stop the KPFA Recall and its supporting organization, Support KPFA. The arguments in favor of the recall can be found on Recall Tracy Rosenberg and its supporting organization, Save KPFA. There’s no need for me to repeat either argument here. If you’re a KPFA listener subscriber, please visit both and vote.

If you’re not a listener subscriber, please consider subscribing at the minimum level of $25 or three hours of volunteer time, then voting in the general KPFA Local Station Board election later this year.

I endorse Stop the Recall, as a KPFA worker or, rather, a Pacifica Radio worker. As a “Pacifica worker” because I produce KPFA Evening News more Saturdays and Sundays than not and occasionally contribute to Flashpoints or the Morning Mix but spend more time on the AfrobeatRadio hour I co-produce remotely for Pacifica’s New York station WBAI. Tracy’s work on the Pacifica National Board is important to me as a WBAI programmer and listener as well.

I was also, as a listener subscriber, part of the original SAVE KPFA group formed at the end of the 1990s. But, though the group currently calling itself Save KPFA charges that Pacifica has declared war on listeners and workers, I do not feel that the Pacifica Foundation is at war with me now, as a listener or as a worker. Neither do staff who signed the KPFA Staff Endorsers’ Statement on the Stop the KPFA Recall website. This list includes KPFA programmers far better known than I, paid and unpaid: Davey D Cook, Dennis Bernstein, JR Valrey, Bonnie Faulkner, Shahram Aghamir, Kate Raphael and many more. See the complete list below.

Considering the disagreement between KPFA workers, paid and unpaid, it’s never seemed right for staff with opposing views to create an organization and blog site, KPFAWorker, whose name suggests that it represents ALL KPFA workers. Those KPFA workers have every right to their views and their full and free expression; it’s still a free country, at least in that regard, relatively. But they do not represent any of us, the KPFA workers on this list: 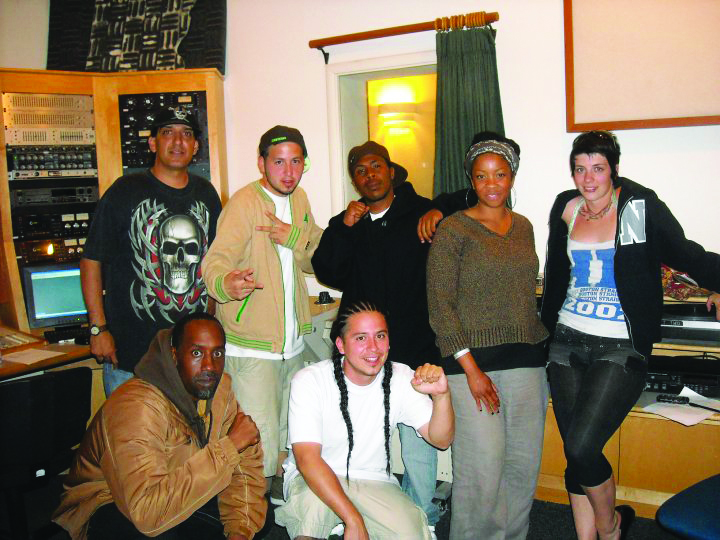 Ballots must be received at KPFA by Aug. 3

If your ballot never arrived or has been lost or damaged, contact Recall Election Supervisor Matt Ward, at kpfarecall@gmail.com or (323) 375-4126.

Mail your ballot in time for it to arrive at KPFA by Aug. 3. And it must be mailed, not dropped off. There is no drop box for ballots hand delivered to KPFA.

As an example of Tracy Rosenberg’s extraordinary concern that listener governance, the intent in creating local station boards for Pacifica radio stations, function in a truly democratic manner, she notified all the listeners she could reach of the opportunities for listeners to speak to the Pacifica National Board when it meets in Berkeley July 20-23. Here is the schedule Tracy published: