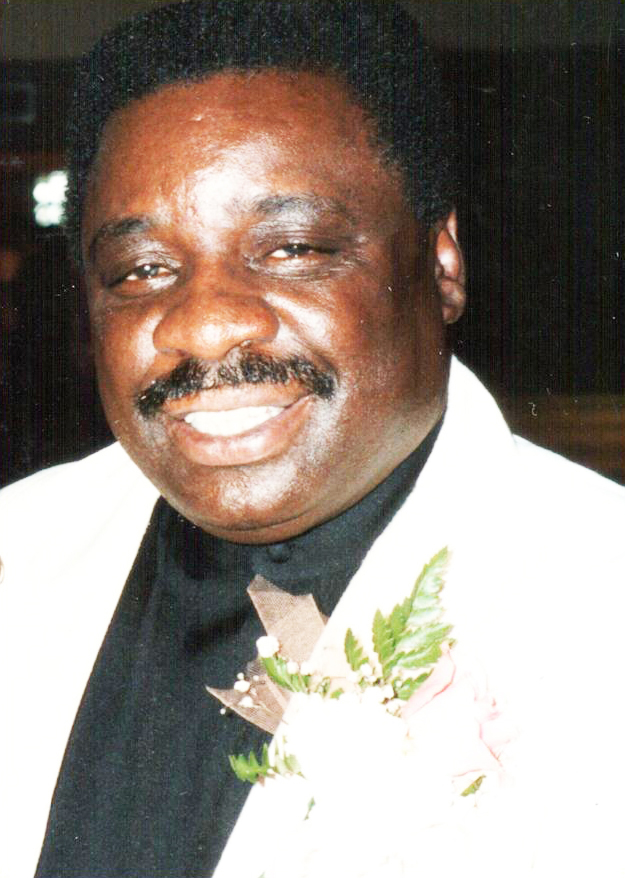 I know that this will come as a shock to all of you. It was the last wish of my dying husband and, of course, you all know that whatever he want from me, he receive.

My husband, Mr. Reginald DeVoine (aka Mr. Reginald DeVoine Blackburn) was called home on Friday, June 8, 2012. Reggie became seriously sick in the latter part of 2011. He spent time in the hospital with me by his side every step of the way. After he felt even sicker by being in the hospital and felt that he was going to die, he told me and eventually his doctors he wanted to go home.

Our experience at home together was the best thing that ever happened in our lifetime together. We were able to express how much more we LOVE each other and I expressed to him that he will not die alone. Reggie was able to respond to me until he started losing his voice. I read the booklet provided by Sutter VNA & Hospice, “As the End of Life Nears: A Caregiver’s Guide,” from cover to cover and was able to see Reggie make the transition according to the book.

Reggie left an indelible mark on this earth by touching the lives of many. That was his biggest accomplishment and we discussed all of his accomplishments before he was called home. On his last days of living on this earth, he wanted peace and quiet, which he knew he would find at home. And that is where he took his last breath on Friday, June 8, 2012. The funeral was held June 22 with the repast at the African American Art and Culture Complex.

How am I doing? I’m doing great! Simply because my husband’s dying wish has been fulfilled. He asked that I not announce his death until after I have made his funeral arrangements.

Reggie left an indelible mark on this earth by touching the lives of many. That was his biggest accomplishment.

My husband’s main doctor is a fantastic person. As a matter of fact, in June 2011we presented him with a plaque and Marc Blanc pen in appreciation for doing his best to make my husband comfortable and keep him abreast of the changes in his condition and then some. I saw the toll it was taking on my husband while he was in the hospital.

There was a “team” assigned to my husband while he was in the hospital consisting of eight to 10 doctors, students etc. They evaluated my husband, discussed their findings, and they all went their separate ways. To me, a “team” means you all work as a group and do not return unless you are in a group. This was not the case here. The first doctor on the “team” returned in approximately 10 minutes and started talking to my husband about the same thing the “team” was talking about. My husband then asked, “Weren’t you just in here?” The doctor replied “yes.”

My husband and I laughed because we knew what was happening. We felt that coming back individually, they were trying to have one over the other. As a matter of fact, when the second doctor came in, we laughed again and he asked, “What’s so funny?” We said the “team” is. The young doctor replied, “I’m the smarter one.” Some team work. My husband and I almost died laughing at them. When my husband’s main doctor came to see him that evening, we complained about the “team”. He appreciated receiving the feedback from us and worked with the “team” in order to satisfy the patient and not upset the patient.

I advised family members to make sure that someone is in the hospital with a loved one as often as possible. One doctor, who was in her last year before receiving her doctorate degree, was taking things entirely too personal. I told her that I can see in her face and by her body language that something was bothering her. Each time she kept saying that it was nothing. I told her that I observe that when I enter my husband’s room when she is present, her facial features and her body language change.

Then one day, I stepped out of my husband’s room to go down the hall. When I returned shortly, she was in the room. I saw the facial and body language change again. Then she said, “I would like to see your husband alone.” My husband quickly turned his head around to her and asked, “What do you mean, alone?” Her reply was, “The patient might be more relaxed if examine him alone and I need to ask him some questions.”

My husband said “She’s my WIFE and she stays.” When we met with the “team” again, we brought up this incident. She was not present at the time the “team” arrived. However, when she walked in shortly thereafter, I said, “Good, we were just talking about you.” I then reiterated what she said about examining my husband alone. The “team” did not seem too happy about what she had said.

I will begin doing some research as to what, if anything, do our youngsters know about death? This idea was prompted by our grandson, Specialist John Reginald Diaz, who was present by his grandfather’s bedside. He observed everything I was doing for his grandfather, and he and his wife Angelica stated that they have no clue as to what to do if a loved one is near death. They know nothing about preparing a will, having life insurance etc. Education is the key and I have every intention of starting with our grandson by educating him and moving on to other family members and the community. This is definitely a matter that needs immediate attention.

Where it all began

Reggie and I experienced too many of our Black children, young adults and adults who were uneducated in more ways than one. One day we sat back and had a discussion as to what prompted this to happen. We both agreed that the problem did not materialize in the classroom but it started with the parents at home.

Reggie and I both grew up with parents who strongly disciplined their children. He grew up in Texas and I grew up in Louisiana. We went to an all-Black school where spanking was not only allowed by the parents, but also by the neighbors and the teachers. When a neighbor caught you doing something wrong, he or she was allowed to spank you, bring you home to your parents and you would receive another spanking. You were also not allowed to disrespect your elders. You had to say yes or no, ma’am or sir.

After arriving in California, we both experienced being told by our elders, relatives and non-relatives, not to say yes or no, ma’am or sir. In addition, the children out here were very disrespectful to their parents, teachers etc. and were not disciplined the way we were. (Note: Violence begins at home.) Our parents did not allow us to be in the same room where adults were present. Cussing was not allowed, no smoking, drinking etc. in our home. I grew up in a home where the rosary was said every night.

When Reggie met my family, he immediately fell in LOVE. He noticed the discipline, respect, unity etc. We all celebrated the holidays together. At each celebration, we noticed that there was a lot of talent going to waste. So Reggie and I embarked on a mission to tap into the talent. We did not get that far with the talented ones in our family; they were too shy or their parents kept interfering. Therefore, we started moving out into the community, thinking it might motivate the family to step forward, by checking out the Alice Arts Center in Oakland.

Why Oakland? A lot of Blacks had moved. It was hard finding Black talent in San Francisco. However, San Francisco’s African American Art and Culture Complex remained our home base. From the Alice Arts Center, we met our long time director Mr. Robert “RJ” Johnson, who is now deceased. RJ was the best of the best. He started pulling talent out of the woodwork. We bonded with RJ like no other bond. RJ saw that we were moving forward quite rapidly. He used to say that “DeVoine Entertainment is on the runway.” He later laughed and said, “DeVoine Entertainment has taken off.” And boy did we take off! So much so, Reggie’s dream of becoming a playwright was moving faster than we can imagine.

Reggie was also the creator and writer of Fortune and Fame Newspaper and was the co-founder of the San Francisco Break Dance Association with Ms. Doris Rowe of Go Productions. For many of our productions, DeVoine Entertainment received a proclamation from the City and County of San Francisco. Reggie then decided to move his events indoors and his main production – his baby – was The Chitlin’ Circuit Revue, later called Da Chitlin’ Circuit Live I-XI. He graduated to a whole new level by taking his show to Fitzgerald’s Casino and Hotel in Downtown Las Vegas, which ran for four consecutive years. Reggie later met and introduced me to Cornelius “Dr. Rhoss” Despanie, in whom Reggie saw a lot of talent and hired him to direct some of Da Chitlin’ Circuit Live shows.

Reggie produced shows that pertained to Black history and brought them to life on stage.

DeVoine Entertainment is a for profit company. We used our own financial resources in addition to proceeds from ticket sales, ad purchases in our events’ programs, sponsors – not many – etc. We wanted to remain in control of our company and not have the strict rules that are bestowed upon nonprofit businesses.