By any measurement, San Francisco’s GoSolarSF program has been an incredible success. 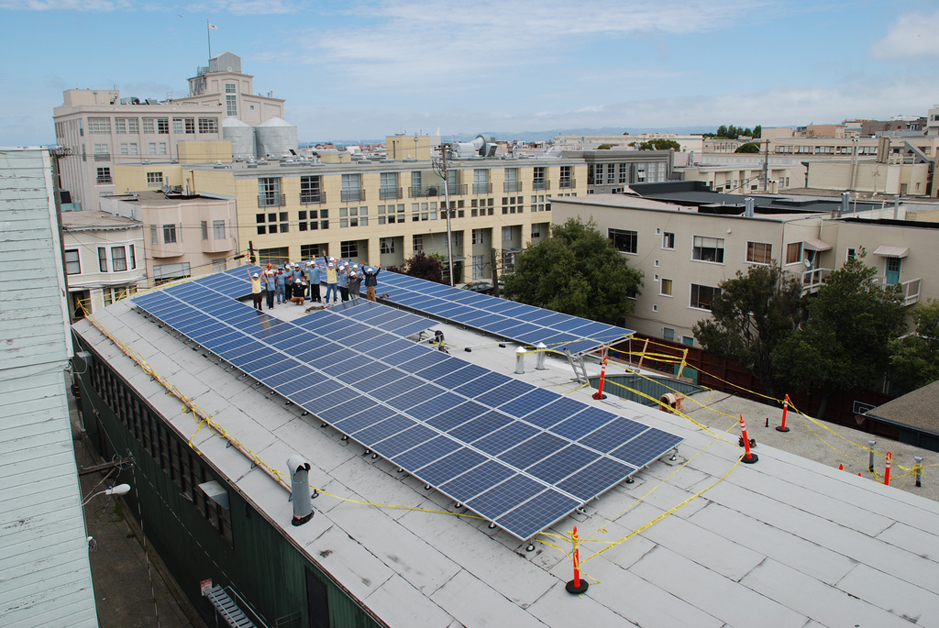 Since 2008, the City’s solar rebate has leveraged state and federal incentives to assist over 1,800 local homeowners and businesses to install the equivalent of 12 football fields of solar panels across San Francisco rooftops.

Among all GoSolarSF installers hired to date, at least 86 are graduates of the City’s green jobs training programs for economically disadvantaged residents. Cleantech companies employing over 500 workers in the City wrote to Mayor Ed Lee two weeks ago that GoSolarSF was a major reason for their decision to locate and grow their businesses in San Francisco.

And the best part is that according to Assessor-Recorder Phil Ting, who worked with former Mayor Gavin Newsom to establish the program, GoSolarSF pays for itself in the form of increased property tax revenue on homes that go up in value when solar panels are installed.

Yet, despite quadrupling the number of solar panels in the City in just over four years, the GoSolarSF program is proposed to be gutted and City leaders have remained mum as environmental and cleantech industry opposition to the cuts grows. The Board of Supervisors will vote on a final two-year city budget as early as tomorrow.

Historically, GoSolarSF has been funded at $5 million per year, but that figure is proposed to be slashed down to $2 million for each of the next two years. When funding was cut to $3 million in the most recent fiscal year, the program dried up just nine months into the cycle and forced the City to turn away customers for the first time since the program began. The current funding level is expected to kill the GoSolarSF program just months into the City’s proposed two-year budget.

Over the last several months, environmental and green jobs advocates worked with the San Francisco Public Utilities Commission, who funds GoSolarSF with a portion of dollars collected from electricity ratepayers, to attempt to restore at least a portion of these cuts. When those efforts were unsuccessful, clean technology industry leaders appealed directly to Mayor Lee.

The San Francisco Examiner recently highlighted industry backlash to proposed cuts to GoSolarSF in the form of a letter to Mayor Ed Lee signed by the City’s nine largest clean technology employers, including Sunrun, the nation’s largest home solar company. Industry leaders wrote that the proposed cuts “negatively impact San Francisco’s clean technology leadership and economic development” and that “economic drivers such as GoSolarSF are key to retaining and growing the local cleantech sector.”

The Sierra Club, who worked for several years to establish GoSolarSF, has recently weighed in as well. In the past week, over 400 San Francisco Sierra Club members have emailed Mayor Lee asking him to help “Save GoSolarSF” and ensure the sustainability of a program that has become a model for other cities seeking to increase solar adoption and address the challenges presented by climate change, particularly within environmental justice communities.

“When we pushed through the GoSolarSF program, we had no idea how wildly successful it would be,” said Sierra Club political director John Rizzo. “The program is making San Francisco a center of the renewable energy industry, bringing solar companies to the City and putting local residents to work. Gutting GoSolarSF would put the brakes on job creation and the fight against climate change.”

Three years ago, community leader Espanola Jackson kicked off a solar revolution in Bayview Hunters Point when she became the first low-income homeowner to take advantage of the program. “After I went solar in 2009, many of my neighbors asked me how I was able to put solar on my home and I told them about the GoSolarSF program. Many senior citizens on fixed incomes have been able to take advantage, and more funding is needed to stop the program from running out,” said Jackson, whose electricity bill now costs her just $4.19 per month.

In fact, as of March 2012, nearly 40 percent of all GoSolarSF applications have come from low-income families in communities across the City. Training organizations such as Asian Neighborhood Design, the A. Philip Randolph Institute and Young Community Developers regularly graduate candidates from low-income communities who are able to succeed in job opportunities that have opened up, thanks to GoSolarSF.

“GoSolarSF embodies action toward the economic and environmental justice values that the City cares about by ensuring broad community access to solar, green jobs, and an equitable clean energy future,” said Jeanine Cotter, CEO of San Francisco-based Luminalt Solar, who has been profiled by publications ranging from Sierra Club Radio (listen below) to CNN as one of the solar industry’s most visionary CEOs.

As the Board of Supervisors Budget Committee wound down its deliberations just over a week ago, at least one city Supervisor is understood to have weighed in to save the program. Mayor Lee, whose Renewable Energy Task Force just completed a set of recommendations as to how San Francisco might strike a path to 100 percent clean energy and received an award for its work last week, is said to be engaged. SF Public Utilities Commission General Manager Ed Harrington, who recently opened a new SFPUC headquarters that has been crowned “the greenest building in the country,” is purportedly actively looking for solutions within his own budget.

However, City officials have not yet issued a public response as to whether the cuts will stand or whether the solar program will be restored in the face of increasing environmental and industry backlash. Time is running out, with the San Francisco Board of Supervisors to consider finalizing a two-year budget tomorrow afternoon.

The next two years of GoSolarSF are critical, community-labor advocates have argued, because of increased support to explore state-certified apprenticeship and journeyman upgrade training on GoSolarSF projects through programs such as those provided by organized labor and promoted through San Francisco’s successful local hiring policy.

“News that these recent and ongoing efforts have successfully identified funding that will keep GoSolarSF operational and continue San Francisco’s renewable energy and green jobs leadership will be a major environmental, green equity and economic development win for the City,” said Brightline executive director Joshua Arce, who has worked on GoSolarSF since its inception as a member of the San Francisco Solar Task Force.