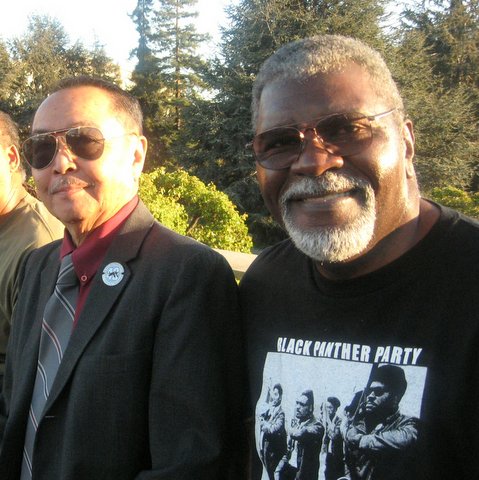 At almost 75 years of age, there are very few things in life that surprise me anymore. However, I can say I was not only surprised by the allegations made against my comrade Richard Aoki, I was sickened. I should not have been surprised because I know that this government still has unfinished business with us, we Panthers, and being dead doesn’t free us from their need to persecute us and create chaos and mistrust among those of us who remain.

The San Francisco Chronicle, like most mainstream press, loves this shit. It was not so long ago when this administration found a way to try to destroy my comrades, the San Francisco 8, decades after several of them had been tortured and the case had been thrown out. The brothers were amazingly strong and eventually most of them have been able to go on with their lives, but at a great cost to all of them.

My comrade John Bowman’s death was most definitely hastened by the persecution (not prosecution, persecution). The SF Chronicle, at a very sensitive time in the case, produced a huge front page spread by a writer who tried to link the murder of a young woman, a totally unrelated occurrence, to this case. So the fact that the SF Chronicle was so eager to publish and sensationalize the garbage put out by this so-called author, Rosenfeld, with his “30 years of research,” is not a surprise to me. 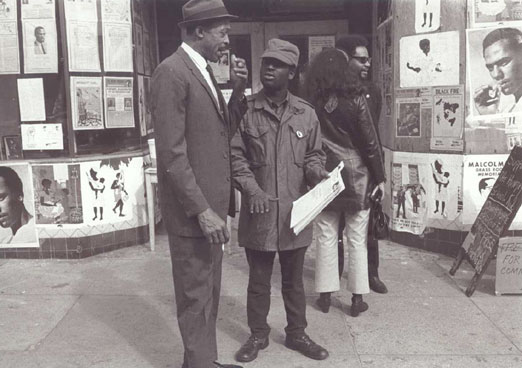 Because I have been around for a long time, I have seen that a number of people with books to peddle are capable of resorting to the most heinous acts of sensationalism in order to promote themselves and will do so with total shamelessness and disregard for others. The sickening part is that these scandalous accusations are targeting my dead comrade, Richard Aoki – Richard, who is no longer around to defend himself, Richard, a revolutionary to the end of his days, the littlest man with the largest stature I ever knew. Not one of his comrades, not one, mind you, has ever had anything but the highest respect and love for Richard Aoki.

My wife and I have read and emailed back and forth anything and everything we can get our hands on about the sources involved and listened as learned people shared their knowledge with us and have investigated, as much as we can, these scandalous, unsubstantiated charges leveled at our dead comrade, Richard. 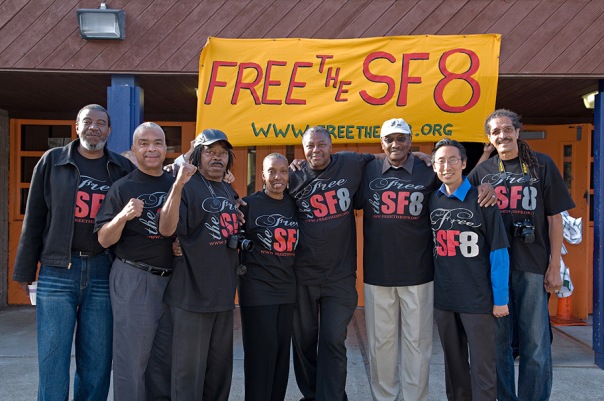 Being nearly 75 years of age, and having been in the Black Panther Party from 1966 to 1974, I know a lot about this government. I know that the mission to spread disorder and mistrust amongst those of us who remain is alive and well and that now, as in the past, fools can be used as tools and pawns by them to foment chaos.

Why do you think there are political prisoners still locked up decades later? Elderly men and women now, still threats to the power structure. The best of us, so many, still locked away in dungeons or in exile, thousands of miles away from their people.

We may now be lawyers, businessmen, physicians, state representatives or businessmen. We may be old and ravaged by the sands of time; it matters not. We may be living relatively innocuous lives, or we may be community activists, or we may be dead. It does not matter – they must make examples of us. They must show the people we were under their thumbs and not serving the people, as we claimed. 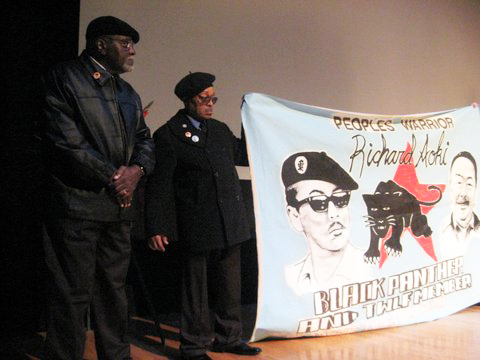 It was only this past Monday and yet it seems like such a long time ago that Seth Rosenfeld’s “exposé” appeared in the SF Chronicle. My wife and I have been so busy since then that the days are gone before we know it!

The events now occurring around the feeble, incredible fiction Rosenfeld has put out there to promote his book (yeah, we know, 30 years in the making) at the expense of Richard Aoki’s name bring me back to years ago when I was one of several young Party members and we started publishing our newspaper. We found a way to do this because we realized that with the mainstream newspapers and media lying to the people, we needed to create an instrument of our own to tell our own stories in our own way – to tell the truth about ourselves and our communities and about the lying, racist, corporate criminals who controlled the media and were oppressing the people. To create a revolutionary tool which would wake up and shake up the world. And we did that. 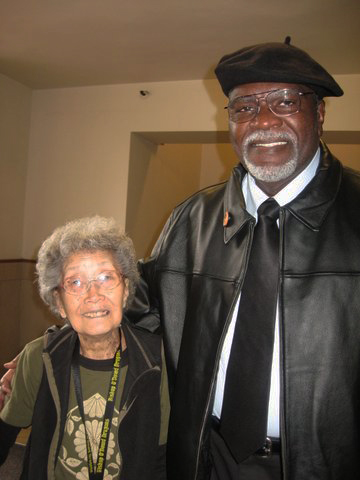 But we had a great newspaper; I have always thought so. We used that paper to communicate with each other and people all over the world. Now there’s email and Facebook. But nothing comes close to that beautiful, revolutionary paper. I still miss that paper to this very day.

But I digress. Being almost 75 years of age, I allow myself that privilege. And so, … Richard.

I have spoken of how I got to know Richard in the early years of the Party, how I learned of his internment, a young victim of America’s concentration camps for the Japanese, how he and his family were stripped of everything they had, but how he survived that and how he grew up on the mean streets of Oakland, how he learned to defend himself and how the Black Panther Party seemed to him the logical place for him to be.

Like me, he had been in the service. He knew about weapons, sure. He also saw that through education he could fight for equal rights, educate and organize his community. He never, ever stopped doing that. Never stopped fiercely loving the people. Never stopped speaking his mind. Never compromised his views. Never cared about saving his own skin. He was always out there, a fierce warrior for human rights, to the day he died.

Richard Aoki knew about weapons, sure. He also saw that through education he could fight for equal rights, educate and organize his community. He never, ever stopped doing that. Never stopped fiercely loving the people. Never stopped speaking his mind. Never compromised his views. Never cared about saving his own skin. He was always out there, a fierce warrior for human rights, to the day he died.

In early 2006, we were reunited at the West Oakland Library at the Li’l Bobby Hutton event put on by Its About Time. We had not seen or heard from each other for decades. We were both pretty weak, him frail and walking with a cane after several strokes and kidney problems, and me just recovering from cancer surgery and several other chronic health conditions. It was so good to see him again. 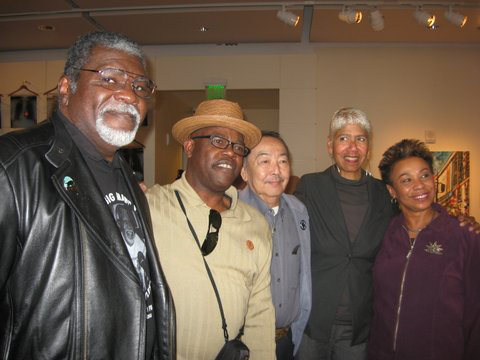 In later years, no matter how sick he was, Richard would find a way to come to almost every event. We never ceased to find joy in seeing each other, and we would laugh at the fact that, amazingly enough, we were still around.

There are many people now fighting along with all of Richard’s comrades to educate people and repair any damage that this irresponsible assault on his character may have done. You can bet that Richard is somewhere cracking up at all of this and especially at how much work this has created for his many comrades, his students, his professional peers and members of his community – all of whom remain devoted to his memory.

Richard never had us guessing as to where he personally stood politically. He never stopped condemning the real criminals in America, not ever. And he kept us entertained with his wit and intellect until his death – suicide, some call it, but he was barely alive and very tired and did not want to be kept around by means out of his control. Richard, who we loved, admired and who made it clear how much he loved us and, in particular, all disenfranchised, oppressed people.

We will continue to fight these atrocious lies, lies without evidence, lies designed to sell a book and to create disturbances, anxiety and suspicion amongst us all.

Because I am almost 75 years of age, I can say with the certainty of one who has seen many things: I know that Richard walked the walk, not just talked the talk, and he continued to fight for human rights until his death. 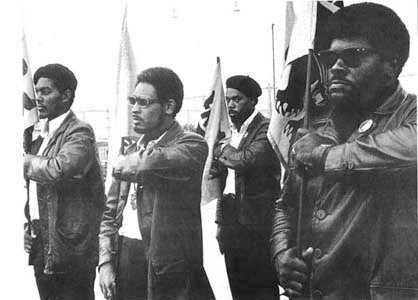 So we will continue to fight these atrocious lies, lies without evidence, lies designed to sell a book and to create disturbances, anxiety and suspicion amongst us all. Richard no longer is here to fight these ridiculous allegations himself, so we must do so. After all, we owe him, big time.