No investigation, no right to speak. – Chairman Mao Tse Tung

As revolutionaries, it is our duty to come to the aid of all oppressed people – in particular, when the people are incapable of helping themselves. Hence, I am now compelled to come to the aid of our fellow New Afrikan Black sistas and brothas, who now find themselves in the cross-hairs of this fascist police state by virtue of its many apparatuses. 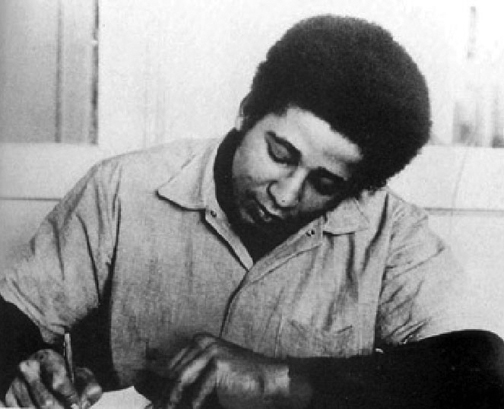 In the May 2012 issue of the SF Bay View newspaper, it was revealed in an article called “Federal Judge Sanctions Confiscation of Inmate’s Book” by David L. Hudson Jr., that U.S. District Court Judge Carolyn K. Delaney, for the Eastern District Court, arbitrarily concluded that George Jackson was a BGF (Black Guerilla Family) prison gang member, based upon the court’s deference to prison officials’ alleged judgment.

In reading this article, I was reminded of what V.I. Lenin once stated: “A coercive force that secures the interests of the ruling class and Antonio Gramsci’s conception of the role of civil society together create, maintain and reinforce hegemonic notions of criminality. In defining and re-defining what constitutes a criminal, criminal activity and safety, the state gains both legitimacy and active support for its repression from the majority in the interest of a dominant minority. The state is able to exert dominance not only by coercion, but also by making its laws and definitions of criminality seem commonsensical.” – from “State and Revolution” by V.I. Lenin.

Judge William H. Follett: “Mr. Kossick, I’m not cognizant of that. So I’d like to hear more. I mean from day one I’ve indicated I don’t see how the institution can simply say having a print of George Jackson is a link – is enough to invalidate or to ban all the material that’s included with that. And I think I indicated in my request for informal response that I’ve seen hundreds of pictures of George Jackson over the years in magazines and newspapers and television and everything else” (page 95).

“And are we going to ban all newspapers because they have a photograph of George Jackson? I think clearly the answer to that is no. I appreciated correctional counselor Hawkes’ testimony that frequently apparently pictures – inmates are allowed to have pictures of George Jackson (page 95). …

As revolutionaries, it is our duty to come to the aid of all oppressed people – in particular, when the people are incapable of helping themselves.

“Well, I’m not concerned about George Jackson. I’m taking the argument of the institution was that George Jackson, per se, ought to be banned. I heard today from Mr. Hawkes. He is not banned per se. And he certainly is not a member of BGF, although I understand he was the founder of the movement” (page 97).

It is to no fault of the young New Afrikan Black sistas and brothas of our communities who are unaware of our cultural history, as CDCR state operatives have intentionally devised and instituted a mechanism of social control that entails housing all revolutionaries in indefinite solitary confinement, so that we would be isolated from the masses, which has neutralized our ability to effectively teach our fellow New Afrikans our true history in relation to this corrupt empire, the U.$. government.

CDCR state operatives have enjoyed a free rein in contaminating and criminalizing the history of New Afrikan Black people. The practice of housing revolutionaries in indefinite solitary confinement became manifest in 1971, as a result of the San Quentin State Prison slave rebellion, which can be easily verified in Spain v. Procunior, 408 F.Supp. 534 (N.D.Cal. 1976).

CDCR state operatives have intentionally devised and instituted a mechanism of social control that entails housing all revolutionaries in indefinite solitary confinement, so that we would be isolated from the masses, which has neutralized our ability to effectively teach our fellow New Afrikans our true history.

The May 2012 SF Bay View newspaper article fails to mention a crucial legal fact: The courts have ruled:

“We must distinguish between evidence of disputed facts and disputed matters of professional judgment. In respect to the latter, our inferences must accord deference to the views of prison authorities (Overton, supra). Unless a prisoner can point to sufficient evidence regarding such issues of judgment to allow him to prevail on the merits, he cannot prevail at the summary judgment stage” (see Beard v. Banks, 548 U.S. 521 (2006).

The court ruling in my legal case qualifies as substantive evidence to negate the court’s discretion in deferring to these fascist prison guards’ so-called professional judgment as to who George Jackson really is! U.S. District Court Judge Carolyn Delaney also referenced another legal case of mine, Harrison v. Milligan, Case No. C-09-4665-SI, 2011 U.S. Dist. Lexis 107073 (N.D. Cal., Sept. 21, 2011) per. In her ruling in Hawkins v. Russell, she incorrectly pointed out alleged undisputed facts about the history of the BGF, as those issues are still under review, per a motion for reconsideration of judgment that I filed on April 5, 2012, which can be viewed at www.cand.uscourts.gov.

Here are some additional legal cases that fundamentally speak to our freedom to associate with ideas and individuals:

I’m more than willing to make this entire legal court transcript of mine available to community. So if there are any committed human rights attorneys who are willing to help us publicize the truth, then please feel free to contact me. 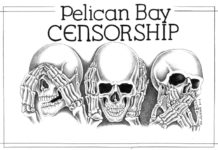 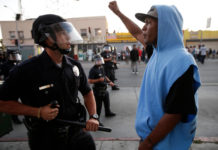 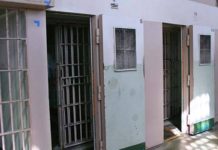