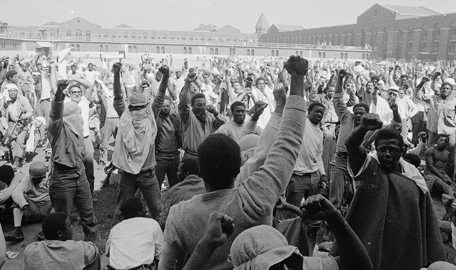 The name Attica has entered the lexicon of American culture, driven in part by the cinema performance in “Dog Day Afternoon,” when actor Al Pacino raised his fist and exclaimed, “Attica! Attica!”

Viewers immediately got the reference, for on Sept. 9, 1971, Attica – a reference to the state prison in upstate New York – was the biggest story in the country.

There, prisoners rebelled, took hostages and demanded to be treated as men. And the state, under orders of then-Gov. Nelson Rockefeller, unleashed a hail of bullets that killed dozens of men – prisoners and prison guards alike – and then lied about it.

Attica, politicians and prison reformers assured us, would be the harbinger of change. Never again, they said.

This September marks 41 years since that day of carnage and mass death – and things have changed – but not for the better.

According to a recent bulletin published by the New York state prison monitoring group, the Correctional Association, Attica remains a place of violence, fear, sexual and racist abuse and disrespect.

As in 1971, the disrespect and maltreatment rolls down the hallways like dry tumbleweeds, waiting to ignite.

The Correctional Association has called for Attica to be shut down, as it remains a grim symbol of expensive, brutal failure.