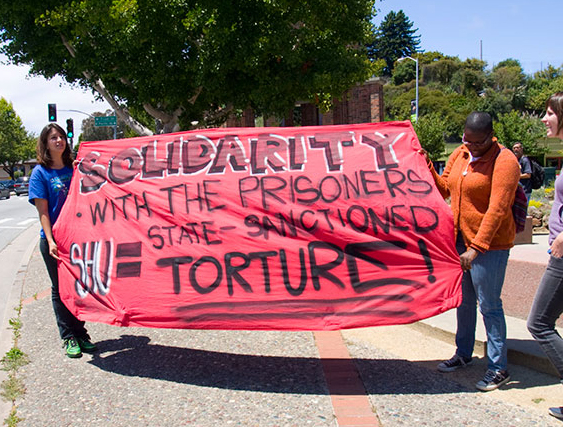 In the Crawford case (In re Crawford, 206 Cal.App.4th 1259 (2012)), won by Mutope Duguma (s/n James Crawford), the three-judge appeal panel ruled unanimously that the CDCR cannot confiscate mail and claim that it contains some kind of “coded” message without proving it. It’s an important case not only because it strips the CDCR of an illegal tool that it considered important in burying people in these dungeons.

Equally important is that the judges finally had the courage to actually uphold the law for the sake of upholding the law, and there was no trade-off. There was no “I’ll do this in exchange for that,” which is pretty routine when it comes to the rights of prisoners and criminal defendants.

It really is foul and obviously so. You cannot bury thousands of human beings under conditions that amount to torture – and you cannot leave it up to the torturer to establish the criteria for what constitutes torture. They never see anything wrong with what they do even when violating the law and the humanity of people.

Correcting madness only requires courage. We are a nation governed by bullies. The judge in the Crawford decision, like Crawford himself, had courage.

Equally important is that the judges finally had the courage to actually uphold the law for the sake of upholding the law, and there was no trade-off.

You, the Bay View, your husband, the Pelican Bay representatives, the thousands who resist and supporters who have stood up and continue to stand up and really stand up against the state have courage.

We also received a copy of the latest draft – version 7.0 – of the STG (Security Threat Group, or gang) proposal, and it appears as if this will be the policy. I did not think it could get any worse.

You cannot bury thousands of human beings under conditions that amount to torture – and you cannot leave it up to the torturer to establish the criteria for what constitutes torture. They never see anything wrong with what they do even when violating the law and the humanity of people.

You can actually be given an additional SHU term for what is being called an “STG handshake.” This is the 21st century and a nation that defines itself as the greatest democracy on earth and we actually penalize citizens, put them/us in isolation for shaking someone’s hand. 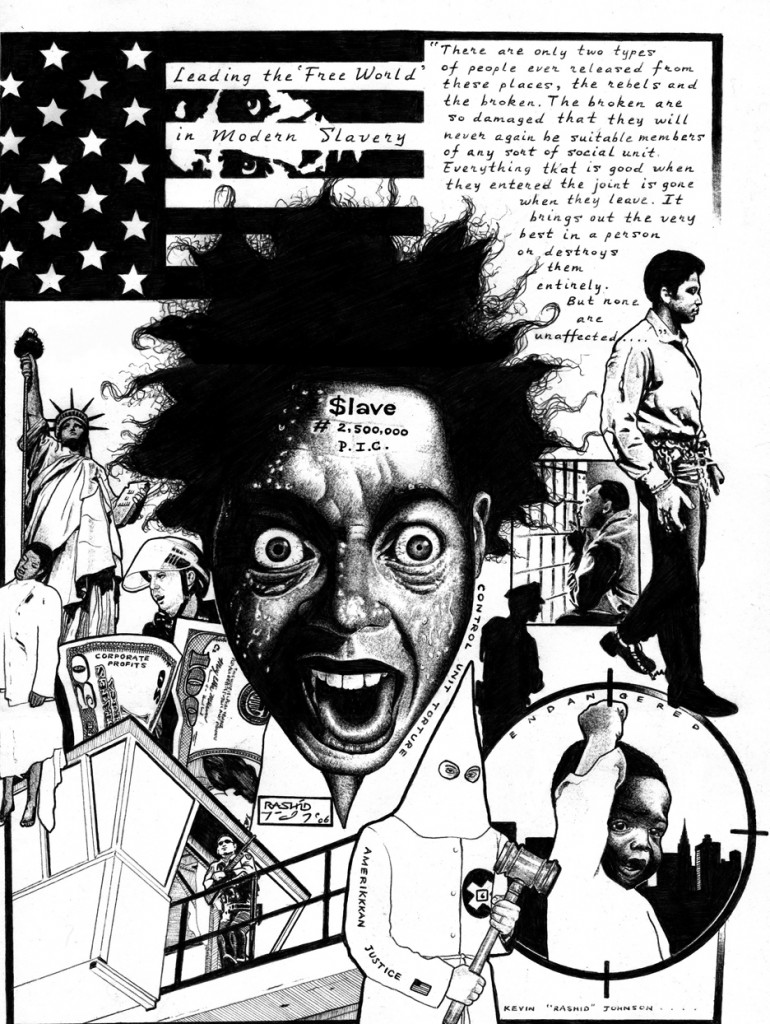 This is the best proof of how irrational the thinking is: People literally create their own reality, give it a name and then do with it as they please. There is no such thing as an “STG handshake.” There is also a provision that makes it possible for a person to be given a SHU term for “group exercise.” People are actually paid huge salaries to come up with this shit!

The sanity of these people should be called into question. The Pelican Bay representatives and SHU population are absolutely correct: This must be resisted. To not do so, particularly in the face of such disrespect, would be deplorable. It would be weak! And nothing is as pathetic as weakness.

Our hope is that we might be able to come up with something to contribute to the efforts being made by the Bay View, you and others who have been so supportive and so inspiring in the struggle. However it is that we can contribute to any of your endeavors, please don’t hesitate to let us know.

The road is long and hard and rough, but anything worth loving is worth fighting for. Take good care.

Strugglin’ with you – Michael Zaharibu Dorrough

Send our brother some love and light: Michael Dorrough, D-83611, Corcoran SHU, 4B-1L-43, P.O. Box 3481, Corcoran, CA 93212. This open letter was written to and transcribed by Kendra Castaneda, a prisoner human rights advocate whose husband, Robbie Riva, T-49359, is being tortured in segregation at Calipatria State Prison ASU. In a personal, introductory note, Michael wrote: “Dear Kendra, Hello sis. It is my/our hope that you continue to be of sound health upon receiving this and that you will continue to maintain that magnificent fire that you possess. It is the difference between being committed to changing the inhumanities that confront us all and those who are just paying lip service to it. You could never be confused with the latter group.”

Today I got legal mail containing the updated version of the STG policy. It’s straight bullshit! If anything, the criteria are making it harder for us and easier for CDCR to confine us to their dungeons.

They have way too much leverage and basically their discretion is undefined. At any time during the step-down process, if they come across circumstantial evidence of you being in violation of their new “behavior matrix,” they can start you over at Stage 1.

This is an excerpt from a letter to Kendra Castaneda from her husband, Robbie Riva, T-49359, Calipatria State Prison ASU.