Because of Rwanda’s support of M23 terrorists in Congo, the U.S. cut some aid to Rwanda as have some European countries 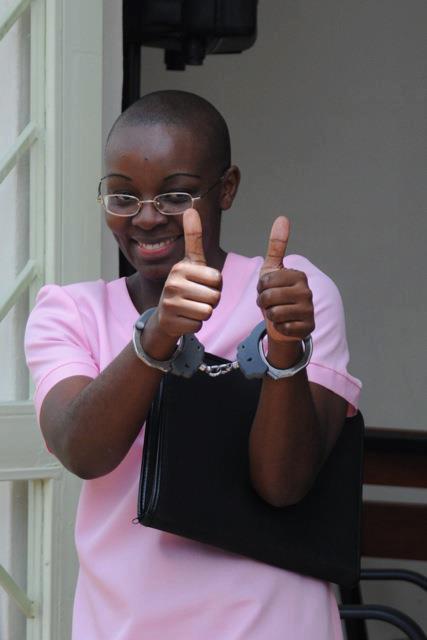 The U.S., which recently cut aid to Rwanda for its role in Congo atrocities, must call for Umuhoza’s release. She has been sentenced to eight years in prison by a kangaroo court.

Her conviction by the kangaroo court must be set aside.

And what was her real crime? Umuhoza, an ethnic Hutu, had declared that genuine reconciliation in Rwanda can’t occur until the authorities acknowledge that in addition to Tutsis, Hutus were also massacred during the 1994 ethnic killings.

For taking this honest position, Umuhoza was arrested and charged with historical revisionism, inciting ethnic hatred and also “genocide denial.” She never had a chance at a fair trial. Her chief counsel, Peter Erlinder, an American law professor, was arrested earlier during the trial, imprisoned and also threatened with charges of “genocide denial” before being expelled from the country after an international outcry.

In truth, the charges against Umuhoza and the trial were convenient ways to prevent her from participating in Rwanda’s last presidential elections, which many observers believe she would have won. Rwanda’s dictator, Gen. Paul Kagame, was declared the winner with unheard of margins – the kind of election results that used to be associated with leaders of the Soviet Union.

Umuhoza was convicted for being brave and daring to challenge the Gen. Kagame regime.

In truth, the charges against Umuhoza and the trial were convenient ways to prevent her from participating in Rwanda’s last presidential elections, which many observers believe she would have won.

But Gen. Kagame himself has a much bigger headache. For years Kagame was granted a blank check by Western countries that credited him with halting the ethnic killings of 1994. That conventional narrative of Gen. Kagame as Rwanda’s savior has been under increasing scrutiny lately.

On Nov. 17, 2006, a French investigative judge, Jean-Louis Bruguière, indicted several senior Rwanda military officers for the assassination of Rwanda’s then President Juvenal Habyarimana and for sparking Rwanda’s 1994 massacres. The judge said Kagame should stand trial for ordering the April 6, 1994, downing with missiles of the plane that carried Habyarimana; he perished with Burundi’s President Cyprien Ntaryamira, who was traveling with him.

According to the French judge, Gen. Kagame’s plan was to cynically use the chaos and mass killings that he knew would follow the assassination to seize power and be hailed as a liberator.

At the time of Habyarimana’s assassination, Kagame’s Rwanda Patriotic Front (RPF), which had launched a war of aggression in October 1990 from Uganda, backed by Yoweri Museveni, was inking a peace deal to stop four years of warfare.

For years Kagame had dismissed the charges by the French judge as a cover-up by France to mask that country’s own role in backing Habyarimana’s regime for years.

Yet Gen. Kagame’s alleged involvement in subsequent atrocities now make it harder to maintain the conventional narrative’s fantasies. In 2010 the United Nations so-called “Mapping Report” documented the massacres of Hutu refugees inside the Democratic Republic of Congo (DRC) by Kagame’s army.

More recently, in June, Gen. Kagame’s army was implicated in a new United Nations Group of Experts’ report in the on-going massacres of civilians in Congo by a Rwanda backed group called M23.

Rwanda’s Gen. James Kaberebe, Rwanda’s defense minister who is implicated in the June U.N. report, was also indicted by Judge Bruguière in 2006 for the assassination of Habyarimana.

It’s possible the regime may have announced Umuhoza’s conviction – after several delays – to deflect attention from Gen. Kagame’s own crisis and as a negotiating carrot with his Western sponsors.

As a result of the United Nations’ findings, the United States has cut some aid to Rwanda as have some European countries. Congo’s government has called on the United Nations Security Council action against Rwanda; meanwhile Congolese and Rwandan activists want war crimes charges by the International Criminal Court (ICC) against Gen. Kagame, a prospect that doesn’t seem totally unlikely anymore.

Given this backdrop, it’s possible the regime may have announced Umuhoza’s conviction – after several delays – to deflect attention from Gen. Kagame’s own crisis and as a negotiating carrot with his Western sponsors.

Nevertheless, a sham trial is a sham trial. Umuhoza must be released unconditionally or granted an impartial fully-monitored trial, with counsel of her choice.

Her conviction by the kangaroo court must be set aside.

Milton Allimadi, publisher and editor in chief of The Black Star News, New York’s leading Pan African weekly investigative newspaper, where this story first appeared, can be reached at Milton@blackstarnews.com. Allimadi has also worked for The Journal of Commerce, The Wall Street Journal, The New York Times and The City Sun. 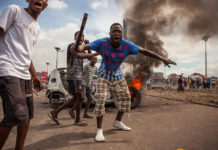 Countdown to Congo’s election: A tale of youth power and a regime decline