Most people say you should vote because people died for that right, but that doesn’t tell us what to vote about, the effect of it or why it’s important. Election time is a window for leveraging and positioning. It’s a time to politic for what you want in the city. 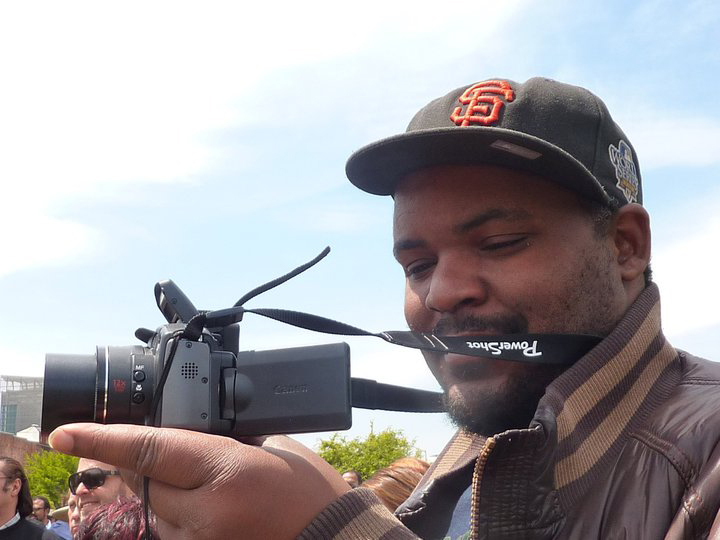 It’s a stakes game, and the key is numbers. We must show a consensus of what we want for our city. Communities that bring the numbers collectively, whether they lose the vote or not, benefit. Lawmakers, politicians, police and business owners will have to respect them. They can rally enough people to make it bad or good for those entities.

After election time there is still more leveraging to do. Voting can determine your position. Communities who brought the numbers would be in position to call some shots, because they’ve proven they can bring the people.

I’m talking strategy, not begging for rights. A lot of brothers say, “Why vote? The system is corrupt anyway.” Well, I say when you understand the game you learn how to make plays, but to sit and not pay attention when other communities are positioning themselves is foolish. I’m not saying vote Democrat or Republican; let’s be responsible and research what or who we need to vote for.

Other communities are aware of the numbers game. No politician or business wants to even slightly be seen as uncomfortable with homosexual culture. They know that community brings the numbers.

An example of this in the Black community is Jeff Fort from Chicago, founder of the Peace Stone Rangers. He organized a no vote, but the power in that was its consistency. They showed a consensus in numbers of people participating in a no vote. It was organized and orchestrated.

That affected the mayoral race that year, causing Mayor Daly to lose. He was dependent on the Black vote in Chicago. His rival was affiliated with the Nixon administration. This got Fort an invitation to the White House.

A lot of brothers say, “Why vote? The system is corrupt anyway.” Well, I say when you understand the game you learn how to make plays, but to sit and not pay attention when other communities are positioning themselves is foolish.

The Black community, whether you are for voting or not, doesn’t approach voting like this. This leaves the door open for people to say voting is useless. This plays right into the apathy that is constant throughout our community.

We don’t educate our people enough, and the school system has proved to be inadequate. Why doesn’t the school system educate about voting if it is so important? With all this advocating for voting and this type of negligence on a large scale, it’s pathetic.

If you want youth to vote, teach them the strategy. We need to know who and what to take an orchestrated stance for or against and show our ass election time. We have the thinkers who can research what is best for us to take a stand on or politic for. Trust me: There is always something.

Even if you lose, you still do damage because you show the numbers. It’s not cool to isolate ourselves or blindly follow the pied piper. Other communities politic and benefit all the time.

We need to know who and what to take an orchestrated stance for or against and show our ass election time.

We actually have the mechanisms to affect the politics of America. Hip hop is one, and it can reach masses of different ethnicities. Let’s use them.

Jameel Patterson is co-founder of Bloc Unity, a community advocacy organization, which means Building Leaders Overcoming Confusion, Uplifting the Neighborhood, Inspiring Truth from the Youth, and a homeless advocate for the United Council of Human Services. He can be reached at blockunity@yahoo.com.