Joseph Kabila was in Kampala Nov. 20 meeting with Rwanda’s Gen. Paul Kagame and Uganda’s Gen. Yoweri Museveni as the Congo city of Goma fell. All three will spin the outcome of the meeting to come out as “winners.” 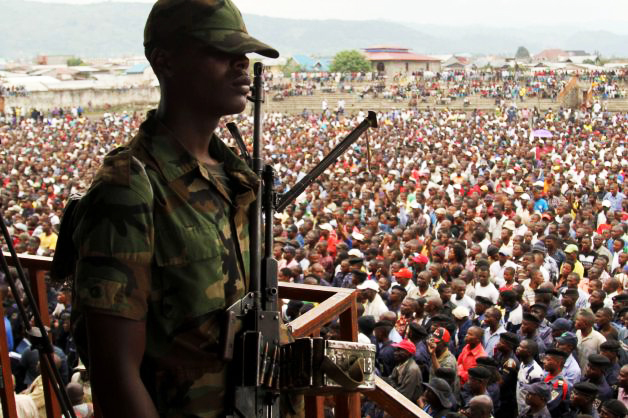 Why would Kabila be in Uganda when the United Nations in a report by a group of experts found that M23, the army that seized Goma, was created, trained, financed and is sustained and commanded by Rwandan and Ugandan officers? M23 had demanded direct negotiations with Kabila’s government.

Kabila said he would only talk with Rwanda since Kigali was the mastermind of M23. In the end, Gen. Kagame joined him in Uganda for the meeting. According to the final version of the U.N. report by the group of experts released Nov. 21 and reported on in The Black Star Nov. 20 – the interim version came out in June – M23’s direct chain of command ends with Rwanda’s Minister of Defense Gen. James Kabarebe.

The Entebbe meeting was meant to accomplish a number of goals: Rwanda and Uganda hope to gain the most.

What’s in it for Kabila?

In exchange for coming to Uganda to pose for a photo-op with Gen. Kagame and Gen. Museveni, Kabila was promised that the two generals would order M23 to stop fighting and to withdraw from Goma.

The withdrawal could be accomplished within hours if Gen. Kagame gave the order. M23 is essentially a special unit of Rwanda’s regular army. So Kabila had incentive to attend if only to buy some breathing room while he mobilizes other outside support – possibly from Angola, which has the region’s most powerful army and in 1998 crushed an advance on Kinshasa by Rwanda and Uganda.

Kabila is not highly regarded by a wide segment of the Congolese nation. Many believe he’s pliant to Kagame and even question his nationality. By seeming to stand up to Gen. Kagame he is hoping to gain some domestic political capital.

What’s in it for Kagame and Museveni?

Gen. Kagame and Gen. Museveni hope to win diplomatic points and to look like statesmen by halting M23. They would ask: How can we be aiding and abetting M23 when we’re the ones stopping their advance? 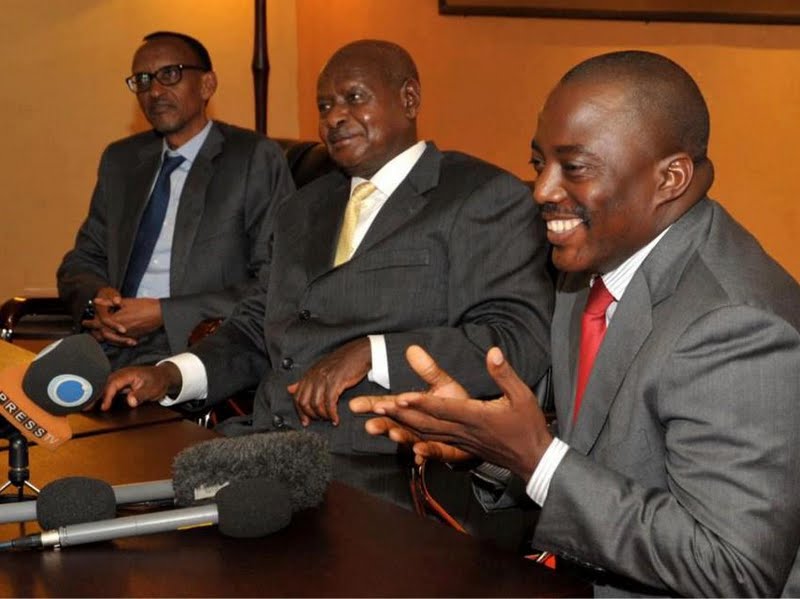 M23 is a bandit army commanded by Rwanda’s defense minister and has committed well-documented atrocities: massacres, beheadings, mass rapes of women, men and children, mutilations of women’s genitalia and plunder of resources. By taming M23, Gen. Kagame and Gen. Museveni end up looking like the “good guys.”

The two generals can probably rely on the U.K.’s propaganda mouthpiece the BBC to complete the spin cycle with an accommodating story. CNN and The New York Times may also oblige. These establishment media usually go along with the program.

Both Gen. Museveni and Gen. Kagame have mastered the art of “spin.” Gen. Museveni’s National Resistance Army (NRA) contributed to massacres of civilians in Luwero region during Uganda’s civil war in the 1980s. Later, Gen. Museveni ordered the skulls of victims to be piled into a mountain and claimed ousted president Milton Obote’s army and people from the northern part of Uganda in general were responsible for all the atrocities. Gen. Museveni was received as Uganda’s “savior.”

Ugandans today know all his tricks.

The pair will never take their eyes off Congo’s immense mineral and natural resource wealth. What’s more, by maintaining a permanent state of chaos in Congo, Kagame and Museveni are able to divert international attention from political repression from their respective countries. Since their armies first invaded Congo in 1997, estimates of Congolese who have perished exceed 7 million.

In Gen. Kagame’s case, Jean-Louis Bruguière, a French investigative magistrate, concluded that when he was leader of the Rwanda Patriotic Front (RPF) insurgents, he ordered the April 6, 1994, shooting down of Rwanda President Juvenal Habyarimana’s plane. The accusation was repeated in a South African court by Gen. Faustin Kayumba Nyamwasa, Gen. Kagame’s exiled former army commander earlier this year in South Africa during a trial of alleged killers hired by Kigali to kill him.

Habyarimana’s assassination sparked the ethnic killings that ensued, claiming hundreds of thousands of lives as Kagame knew it would, his accusers contend. Kagame then seized Kigali and was hailed by the outside world as Rwanda’s liberator.

Since 1994, Gen. Kagame’s army’s murderous rampages in the Congo – documented in several U.N. reports, including the “mapping” report – have exposed his true colors.

Can Gen. Kagame and Gen. Museveni pull off their bold diplomatic propaganda gamble?

The United Nations report is so damning that Uganda sent a senior government minister, Ruhakana Rugunda, to New York to try to get the report changed. Uganda even threatened to withdraw its estimated 10,000 troops from peace-keeping operations in Somalia unless the U.N. buckled. 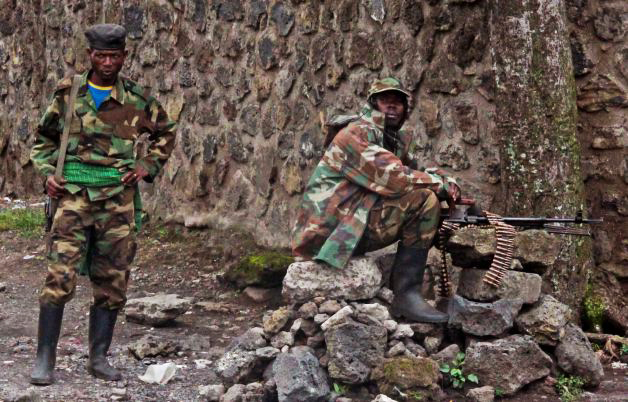 There’s precedent for this Ugandan lobbying. According to The Wall Street Journal, in 2006, when the International Criminal Court (ICC) started investigating earlier alleged crimes by Uganda’s army and allied militias in Congo, Gen. Museveni himself asked then U.N. Secretary General Kofi Annan to block the probe.

M23’s leaders, including Bosco Ntaganda, have purchased homes in Uganda for residence and meetings. According to the U.N. report, the chain of command of M23 passes through Ntaganda, who has been indicted on war crimes charges, and ends with Rwanda’s Minister of Defense Gen. Kabarebe.

M23’s nominal leaders such as Ntaganda receive “direct military orders” from Rwanda Defense Force (RDF) “Chief of Defense Staff General Charles Kayonga, who in turn acts on instructions from Minster of Defense General James Kabarebe,” according to the report.

The United Nations report is so damning that Uganda sent a senior government minister, Ruhakana Rugunda, to New York to try to get the report changed.

To blunt the United Nations report, Gen. Kagame and Gen. Museveni could offer to:

If the United Nations Security Council is serious about saving the children and people of Congo, then the logical conclusion of following through with the report would be to indict on war crimes charges senior Rwanda and Uganda military commanders named in the report. 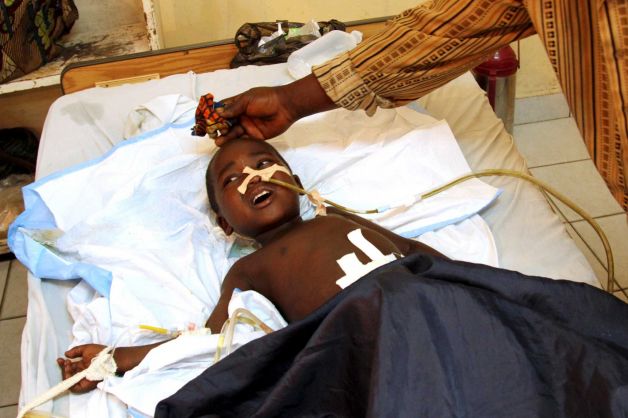 Here the chain of command is clearly established and the evidence stronger against the leaders of Rwanda and Uganda for creating, training, arming, financing and commanding a murderous army in Congo.

Yet the United States and Britain have always protected the Kagame and Museveni regimes – in essence aiding and abetting the criminal activities of Rwanda’s and Uganda’s proxy armies against the people of Congo. Human Rights Watch has called for the U.S. to publicly call for sanctions against M23’s top leaders this time.

If the United Nations Security Council is serious about saving the children and people of Congo, then the logical conclusion of following through with the report would be to indict on war crimes charges senior Rwanda and Uganda military commanders named in the report.

Today, hiding in the Congo jungles, Joseph Kony, leader of the Lord’s Resistance Army (LRA), whose crimes pale miserably compared to M23’s and various other armies sponsored by Gen. Kagame and Gen. Museveni, must be wondering what he’s been doing wrong. 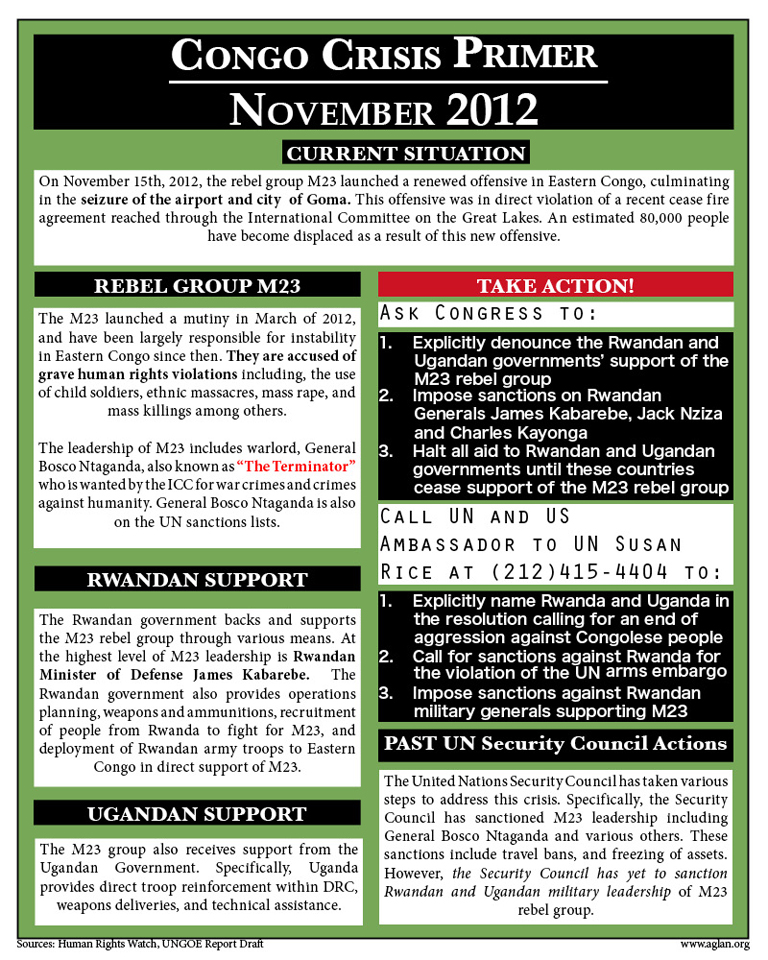 Will Gen. Kagame and Gen. Museveni throw M23 under the bus? Even if they did, it would be a temporary tactical move. They would wait for things to die down one day before creating yet a new “guerrilla” army. The pair will never take their eyes off Congo’s immense mineral and natural resource wealth.

What’s more, by maintaining a permanent state of chaos in Congo, Kagame and Museveni are able to divert international attention from political repression from their respective countries.

Since their armies first invaded Congo in 1997, estimates of Congolese who have perished exceed 7 million.

East and Central Africa will always be a war zone so long as Gen. Kagame and Gen. Museveni remain in control of Rwanda and Uganda, respectively.

You can help liberate the people of eastern Congo by signing this petition.

Milton Allimadi is publisher and editor in chief of The Black Star News, New York’s leading Pan African weekly investigative newspaper, where this story first appeared. He can be reached at Milton@blackstarnews.com. Allimadi has also reported for The Journal of Commerce, The Wall Street Journal, The New York Times and The City Sun.