Taiwo Kujichagulia-Seitu took almost half a decade to recreate her debut theatrical piece that centers around the story of Harriet Tubman rescuing her brothers from slavery during Christmas-time, right before they were to be sold, in Maryland. Based on facts, “Go Tell It!” paints a picture of what is was like for men who have lived through slavery their whole lives – and to some extent learned to cope with it – getting word from their runaway sister Black Moses, aka Harriet Tubman, that she was coming to put them on the Underground Railroad to freedom in the North. 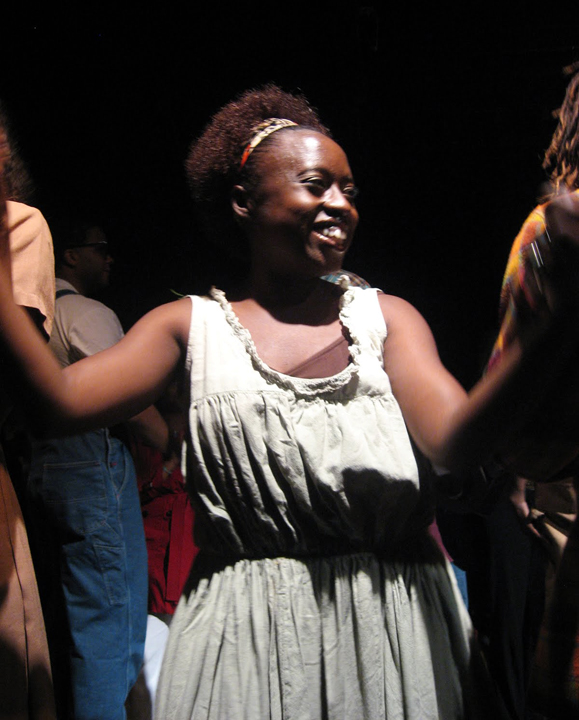 The story is told through coded Spirituals, which were not able to be deciphered by the slave-masters of the time. Finally we have something real to celebrate at this time, from Black liberation history.

Many times we are celebrating Christmas, which many associate with Christianity, but few know that it is a remix of an ancient Roman holiday. I don’t celebrate Kwanzaa on principle, because the founder of it, Ron Karenga, worked with the FBI in assassinating Black Panther leaders Bunchy Carter and Jon Huggins as well as having a history of torturing women in a Rick James kind of fashion.

So “Go Tell It!” is something that we could celebrate without selling out, plus we need a holiday in the Black World for Harriet Tubman anyway. That’s long overdue. Check out “Go Tell It!” on Dec. 21 and 22 at Kids ‘n Dance, 3840 MacArthur Blvd. in East Oakland, and check Taiwo out in her own words.

M.O.I. JR: What is the name of your play, and why is it centered around Christmas?

M.O.I. JR: Why did you want to tell a Harriet Tubman Christmas story?

Taiwo: Well, the daughter of a griot, I really feel as though any story worth telling should be educational. So that’s one piece. Additionally, however, I believe that Christmas is a season of inspiration and renewed faith. Looking back at all that Harriet Tubman and other self-liberators of the time period were able to accomplish is amazing.

Under the threat of certain death, they were able to communicate escape plans without modern methods of communication, travel on to freedom sometimes barefoot in the winter with little clothing and start over with little to no resources. The testament to their success is that we, their descendants, are here today. And here’s what I find humbling. Surely, if they could accomplish all of that, armed only with faith and self-determination, surely I can overcome any challenges I may have and achieve any and every goal that I set.

M.O.I. JR: Who are some playwrights that you are inspired by?

Taiwo: I’m inspired by my mother, Phavia Kujichagulia. I’m inspired by griots around the world who use music, song and dance to tell the history of their people, thus educating and inspiring generations.

M.O.I. JR: What is the importance of us remembering the struggles of our ancestors?

Taiwo: First and foremost, it is important so that we do not repeat the mistakes of the past. There is always room for improvement. So, looking back at these struggles, when we may be faced with similar circumstances we can make better choices than those who came before us.

Taiwo: Music has the power to convey emotions that words alone do not. This story is very moving. Everyone did not make it to the Promised Land. Some got left behind. The music helps to create the emotional landscape of the realities of the time period. We rejoice for those who made it to the North, while weeping for the babies left behind. 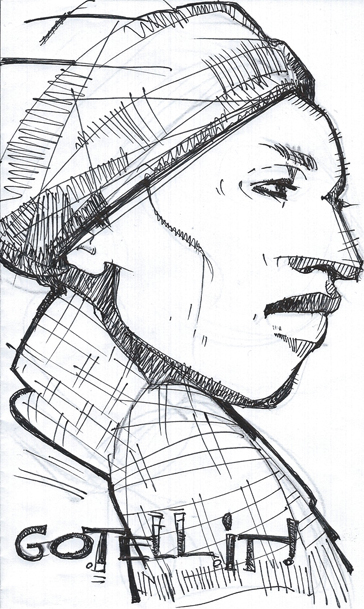 Additionally, the bulk of the music used in the show is Spirituals. Spirituals are the songs that were created during the enslavement holocaust by African Americans to communicate with one another in the presence of plantation owners, overseers and others who were hostile toward enslaved African Americans. So, to present this story as a musical format is only fitting.

M.O.I. JR: Can you talk a little bit about how long it took to write this? What was your creative process like?

Taiwo: This is the culmination of a four-year process. While researching Spirituals for the graduate program in music at CSU East Bay, the inspiration came to me to tell the story of how Spirituals were used functionally. After researching Harriet Tubman specifically, I had the idea to tell this particular story because it was so moving. Then ideas would come to me in spurts: a song arrangement here and some dialogue there. Then I began the process of weaving everything together into one performance piece.

M.O.I. JR: How do people stay in touch with where the production is being featured? How can people keep up with you?

Taiwo: Visit our website at www.gotellit2012.wix.com/gotellit. We can also be reached by email at gotellit2012@gmail.com. People can purchase and reserve tickets online at www.brownpapertickets.com/event/294057.