Happy New Year, watuwazuri. Good to see you on the other side of 2012. Every year we should learn more about the years until we are ready to step up and knock one out of the park. In other words: As we get older we should get bolder and even stronger because we’re wiser. And mellower, because the same things that used to bother us don’t phase us anymore. In other words, as the years go by, we should learn how to adapt to them better and be more prepared to make the most of them in a way that we couldn’t have as children or the year before. 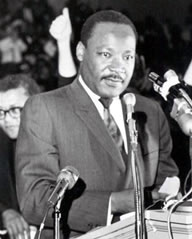 One good thing about cuddling up with family during winter holidays is that we lose most of our elders during the cold and oftentimes lonely winter months and our proximity to them helps to reverse this trend. Our elders are particularly vulnerable during these times and should be embraced as living libraries and veteran soldiers of love and life, who should always be cherished with warmth and affection, but especially when they need it most.

We should learn more about the flavors of each month and what goes on during them and mark our calendars and teach our children about the cycles of the moon and the difference between planting and harvesting seasons, the ancient Afrikan Sciences of the Years.

Our ancient Afrikan brothers and sisters had specific names for each of the 12 hours of the day and night, for each of the 12 months, and each of the 12 signs of the zodiac, the 12 tribes of Is Ra El etc., names that characterized the different energies that come with those times, people and cycles.

Here in America, for example, January is like the Sunday or Monday of the year: kind of slow, chilly – not usually a good time for a lot of activity. Many are still recovering from Thanksgiving in November and Christmas, Kwanzaa and New Year’s celebrations in December, which are kind of like the party time weekend of the year.

In January, most of us celebrate Dr. King’s birthday, a Black man who stood up against racist America without a weapon other than his voice and his faith and chased White Supremacy into the closet and the Republican political party. He is one of the main reasons you and your children don’t have to walk down the street anymore with people hiding behind white sheets and signs that say, “No dogs or coloreds allowed.”

We still have a few wanna-be militants out there who want to proclaim Dr. King as a sellout and Uncle Tom. Well, back then we were pretty much a race of coloreds, negroes and Uncle Toms just coming up from slavery. Which is why we loved Malcolm and the Panthers so much – they gave us back our manhood for the first time in centuries. Like the Nat Turners and Fredrick Douglasses and Harriet Tubmans before them. And Dr. Martin Luther King Jr., our spiritual warrior-poet. Uncle Toms and sellouts don’t die for their people.

In January, most of us celebrate Dr. King’s birthday, a Black man who stood up against racist America without a weapon other than his voice and his faith and chased White Supremacy into the closet and the Republican political party.

February is of course Black History Month, the celebrations of which have waned in this neck of the woods – since the heydays of the ‘70s, when it should be thriving big time by now. Please don’t be IncogNegro. Start making plans to put on or take your children to events out of respect for your ancestors.

March is Woman’s History Month. April is National Poetry Month. May is when the post office is busiest because of Mother’s Day. June is the month of Juneteenth. The summer months bring out the people and the festivals, like the Fillmore Jazz Festival, Carnaval etc. And I could certainly use help right now to make preparations for Paradise’s 2013 Cultural World’s Fair. Then there’s Black August. Maafa in October to commemorate the Middle Passage and heal from what we’re still going through. And All Afrikan Saints Day, a holiday I created as a conscious alternative to Halloween etc. etc.

New Year’s resolutions? What kind of pledge will you make to the Black community this year? Do you need to lose weight working harder for your people? What percentage of your income will you spend on the resurrection of Afrikans? Outraged over the mass murder of children? It happens in Black America every day, with the murder of our women and children on the rise exponentially. What time is it? It’s time to get busy.

February is of course Black History Month, the celebrations of which have waned in this neck of the woods – since the heydays of the ‘70s, when it should be thriving big time by now. Please don’t be IncogNegro. Start making plans to put on or take your children to events out of respect for your ancestors.

I was at a recent pre-Kwanzaa presentation given by sister Makinya in Berkeley. She co-facilitated the first Kwanzaa ever in 1966, also in Berkeley. And she has since presented it in 23 countries and 38 states. She says the best day of the year for shopping is Dec. 31 after the Christmas sales are over and people are taking things back to the store and the stores are trying to get rid of old stock to make room for the stock of the coming new year. She also spoke of something called Floor Tax Day, which used to be every March 31, when appliances are cheapest because store owners are getting rid of last season’s appliances to make room for spring stock. That’s some of the wisdom of a spritely 86-year-old being handed down to us. Science of the years.

Sister Makinya also spoke of “pledging” as being a major component of Kwanzaa. She said one way to continue practicing the disciplines of Kwanzaa is to practice each of the seven principles for one 52 day cycle. So for example one can practice the first principle, Umoja or Unity from Jan. 2 to Feb. 23. I came up with a way of practicing the seven principles of Kwanzaa each of the seven days of the week: Calling Sunday, Sikumoja, Umoja or Unity Day; Monday, Sikuchagulia, Kujichagulia or Self Determination Day; Tuesday, Sikujima, Ujima or Collective Work and Responsibility Day; Wednesday, Sikujamaa, Ujamaa or Cooperative Economics Day (also our Buy Black Wednesday Day); Thursday, Sikunia, Nia or our Day of Purpose; Friday, Sikuumba, Kuumba or Creativity Day; and Saturday, Sikuimani, Imani or our Day of Faith.

Every year there are rumblings in the community by a few duly respected elders in the movement who have a problem with the founder of Kwanzaa and seek annually to dismiss it because of him. But there’s no way you’re going to put this genie back in the bottle; it has spread too far and wide and done too much good for our people and the planet. Kwanzaa belongs to the people now. Like water that may have come out of a dirty, leaky faucet, you may not like the faucet, but do you waste the water that cooks your food, baths your children, quenches thirsts and puts out fires? Do you dismiss all the great works of Malcolm because of what he did as Detroit Red? Would you dismiss all the good works of your children because they misbehaved when they were younger? 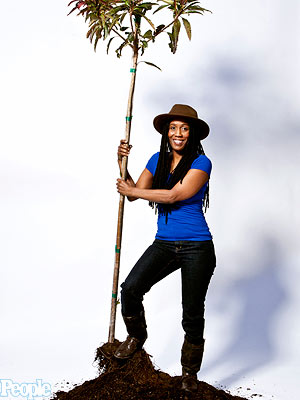 The ancients say our Milky Way galaxy makes a complete rotation about every 26,000 years. And the ancient Mayan and Egyptian calendars say that time is now. We are moving into a new year not just for planet Earth, but the whole galaxy. How exciting and cool is that! Congratulations for being one of the blessed souls here to partake of this interstellar magnificence and wonder. The seeds you plant during this special time will have a galactic significance. So by all means, be, buy and plant seeds in our own communities and for our future blacknificance.

And speaking of planting seeds, my Black business of the month is Urban Releaf, a nonprofit organization founded by sister Kemba “Walking Tree” Shakur, the Tree Lady of Oakland, who has already planted over 30,000 trees in Oakland and who is on what I call “A Million Tree March.” She’s like a Black reincarnation of Johnny Appleseed and was recently featured in People Magazine for her work. And she and her enthusiastic organization, followers and supporters are having their annual Martin Luther King Day of Service and Block Party on Monday, Jan. 21, to plant 40 trees in the area of 27th and Market streets.

I will be there representing Planet Oakland and performing, along with Wordslanger, Aztec dancers, the Black Cowboys of Oakland and a talented bunch of others, from 10 a.m. to 2 p.m. Kemba’s trees help to beautify the landscape with the peaceful and harmonic vibrations that come with an abundance of greenery that absorbs pollution out of the environment and gives us cleaner air and water. Thanks, Kemba. Keep planting those trees. We got your back.