Xavier Christopher Moore died Feb. 12 during a situation we believe was instigated by the Berkeley Police Department, at her apartment on the fifth floor of 2116 Allston Way, the Gaia Building. Moore has been referred to as a man in police and media reports, but Moore lived her life as a woman, so out of respect we will refer to Moore as “she.” 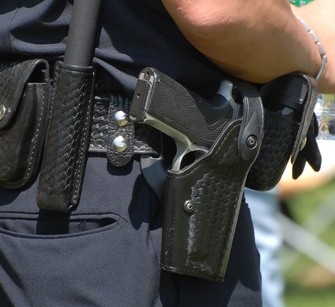 The BPD’s press release of Feb. 13 says that they responded to “a disturbance call” at Moore’s apartment. Media reports have said this call was related to mental health. If she was going through a mental health crisis, was anyone present trained to respond to that kind of situation, to evaluate, and deescalate?

According to an article from Feb. 26 in the Oakland Tribune, “Berkeley: Man who died after struggle with police was severely mentally ill,” rather than take her to a hospital for psychiatric evaluation when they found out she had an outstanding warrant in San Francisco, they told her they were going to arrest her.

An article in the San Francisco Chronicle dated Feb. 13, “Man dies in struggle with Berkeley police,” mentions “a disturbance between roommates” as causing the police to arrive. The Daily Californian Feb. 14 article, “Man dies after being taken into police custody,” says that other residents heard a “commotion on the fifth floor of the building before the officers arrived on the scene.”

None of the witnesses we spoke to heard any sort of commotion or disturbance until after the police arrived. Why the consistent difference? In fact, the police were at Moore’s apartment twice that night. This isn’t mentioned at all by the police or media reports.

The police first showed up around 11 p.m. and left without incident. The incident resulting in Moore’s death was the second police visit, occurring around 11:50 p.m. According to witnesses, when they returned a second time, there was a sizable police presence. Why did they come back an hour later with so many officers? What were they preparing to do?

Perhaps the overriding issue here is that the Berkeley Police haven’t made any public statement except for their initial press release. The coroner, NOT the police department, released Moore’s name.

Can a person die during a contact with police – whatever the circumstances – and the police just don’t say anything? Is it because there is an ongoing investigation? Nonsense. When the police don’t release this basic information, something is very wrong. It greatly restricts the potential for accountability. 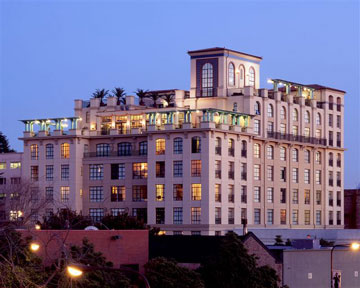 This gross situation is partly a result of a lack of police oversight in Berkeley. The effectiveness of the Police Review Commission has decreased, and police responses to situations have become increasingly violent. The situation for people of color, young people, houseless people and those on the margins has steadily deteriorated in recent years.

Likewise, our ability to bring issues to the attention of the Police Review Commission and to have cases heard fairly has decreased. New regulations that are completely biased against complainants make it almost impossible to sustain complaints against a police officer. We can expect more tragic incidents of this kind if nothing changes.

We believe that an unarmed, obese and schizophrenic woman in her own home should have been responded to by, if anything, mental health professionals, NOT armed police. According to the Feb. 26 article in the Oakland Tribune, the police “originally were going to take him to Alta Bates hospital in Berkeley for a psychiatric evaluation, but then they discovered an outstanding warrant for assault from San Francisco, and police told him they would have to arrest him. At that point he became combative, she (Elysse Paige-Moore, Xavier’s stepmother) said.”

Was it really more important to arrest her than to deal with a psychiatric episode that may have brought them there in the first place?

Berkeley Copwatch is calling immediately for the following:

The police version of this entire story does not match reports of witnesses and is suspicious in and of itself. The silence around this incident is of great concern.

Berkeley’s is the original Copwatch, founded in 1990. The Northern California Society of Professional Journalists will award Berkeley Copwatch one of its James Madison Freedom of Information Awards on March 12. They can be reached at berkeleycopwatch@yahoo.com.