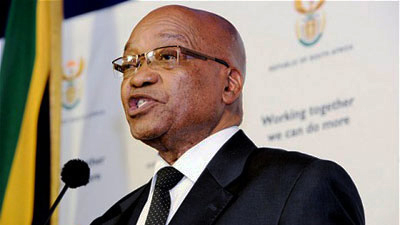 South African President Jacob Zuma, in his State of the Nation address, promised to speed the pace of land redistribution and housing construction to replace the country’s urban shantytowns, but nearly 20 years after the end of apartheid, the number of people living in shantytowns has doubled and the state violence to evict the residents has increased.

KPFA Evening News Anchor Anthony Fest: South African President Jacob Zuma delivered his State of the Nation address last week, but his promises rang hollow to many South Africans who feel that little has changed for the majority of Black South Africans since apartheid. KPFA’s Ann Garrison filed this report.

KPFA/Ann Garrison: In his State of the Nation address last week, South African President Jacob Zuma referred to the 100-year anniversary of the notorious Natives Land Act, which dispossessed and disinherited Black Africans. 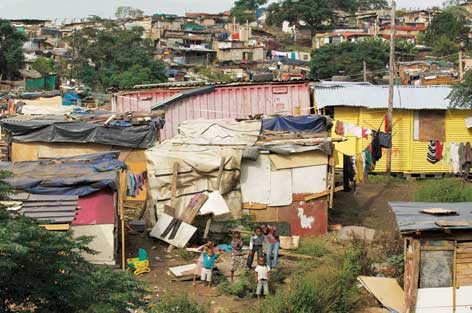 African President Jacob Zuma: Compatros and friends, in June we will mark the centenary of the 1913 Land Act which turned Black people into wanderers, laborers and pariahs in their own land.

KPFA/Ann Garrison: Zuma then made promises to speed the pace of land redistribution and housing construction to replace the country’s urban shantytowns, as Nelson Mandela promised upon taking office as the country’s president in 1998. To many Black South Africans, however, Zuma’s promises rang hollow, after the violent repression of last year’s wildcat mining labor strikes and other civil unrest.

And because, despite the government’s promise, the number of people living in shantytowns has doubled almost 20 years after the end of apartheid. Government force and violence to remove the residents of the shantytowns has also increased. A recent film, “Dear Mandela,” tells the story of the struggle of three young people who join the shack dwellers’ movement to fight for the constitutional rights of shack dwellers to stay in their homes.

This clip from “Dear Mandela” begins with a television news report about state violence against the shack dwellers.

Newscaster in clip from “Dear Mandela”: (T)ear gas and bullets . . . To protest, disgruntled residents took to the streets. They’re demanding, among other things, immediate housing. Like many other residents across the country, they say elected officials have done nothing but enrich themselves.

Mnikelo Ndabankulu, young South African activist: I would like to meet Dr. Nelson Mandela and ask him about how does he feel about these unstable conditions that we are living under, after he stayed about 27 years in Robben Island for the better life for all. He is like Jesus Christ himself. I do not like the fact that what he has been jailed for has never been achieved.

KPFA: “Dear Mandela” follows the shack dwellers’ legal challenge to the government’s attempt to bulldoze their makeshift homes, and the film concludes with an uplifting legal victory. The film is streaming free until the end of February at PBS and blackpublicmedia.org.

To learn more and purchase the DVD of “Dear Mandela,” go to dearmandela.com.