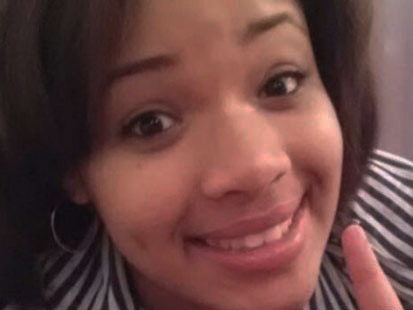 On Saturday, family and friends gathered to mourn the loss of Hadiya Pendleton, shot to death last month at age 15 in a South Side park. Michelle Obama graced the memorial with her caring presence, a mother comforting a brokenhearted family for the unbearable horror that took place about a mile from the Obama home in Kenwood. The first lady’s presence brought dignity, stature and the reassurance of concern and compassion from the highest level of government.

Now, the White House will give national attention to the violence that is scarring Chicago. Hidaya’s parents, Cleopatra Cowley-Pendleton and Nathaniel A. Pendleton, will attend the State of the Union address on Tuesday. On Friday, President Obama will come to Chicago to speak on the city’s agony.

President Obama, who has organized, taught and represented this city, knows the situation well. He knows the guns are not made here. He knows Chicago’s tough gun laws are undermined by lax enforcement and lower standards outside the city. He knows that as the guns and drugs are flowing in, the jobs are flowing out.

He can use this occasion to speak to the crisis engulfing Chicago and other cities. Too many children are born into grinding poverty and constant insecurity. Too many have parents who are absent without leave, providing neither the discipline nor the stability so vitally needed at home. Too many children are sent to underfunded schools and overcrowded classrooms. Jobs are scarce, and generally pay little with few benefits. Guns and drugs are readily available for those whose hopes are crushed.

Accompanying the violence is a sundering of trust. Arrests were made in only one-fourth of Chicago’s murders last year.

These zones of pain need a plan for reconstruction. White House aides have indicated that the president’s State of the Union address will focus on jobs and the economy, on the challenge of making this economy work for the many and not just the few.

Central to this strategy must be a plan for reviving our cities. Strong laws and enforcement on gun violence – banning the sale of military style assault weapons, ending the loopholes in background checks – are essential. Ensuring that every child has the opportunity to learn – from infant nutrition to universal pre-school to world-class schools and affordable college – can revive hope.

The first step must be to put people, particularly the young, to work. Work provides structure, discipline and dignity. The president faces a Congress fixated on cutting spending rather than on fixing the economy. But he can use this moment to challenge the Congress and the American people. We must invest in our children and in schools and college and jobs – or we will pay far more in crime and violence and jails.

The first step must be to put people, particularly the young, to work.

Unlike previous presidents, Obama knows this from experience. No one is better able to define the challenge and summon Americans to meet it. In Chicago on Friday, he will have a big spotlight for a call to action.

Keep up with Rev. Jackson and the work of the Rainbow PUSH Coalition at www.rainbowpush.org.