The Oakland International Film Festival, to be held this year April 4-7, is shaping up to be an explosion of talent, with filmmakers from all around the world, including some based right here in the Bay, sharing their cinematic masterpieces with people from such diverse backgrounds as couples who love watching good documentaries to high school students who get off on the gun play from a good action movie to industry insiders who are there to network.

One of the selections that interests me is this new film called “Oakville,” which is a look at the interactions between an Oakland-based Black couple and a white couple, as Barack Obama is selected to be the first acknowledged Black U.S. president in the history of the country. Did Obama’s emergence bring about a post-racial society?

Lisbon Okafor’s “Oakville” is an interesting look into white and Black relations in two couples’ relationships at a moment that represented the convergence of America’s slavery past with the future of the rising Global South. It also takes a critical look at class and gender politics and brings up some interesting perspectives.

At the end of this film, whether you like it or not, it makes you take a mental position on many racial, class and gender issues – some spoken, others unspoken – in the film. The ability to stimulate analytical thought is one of the signs of a great film in my eyes.

Check out “Oakville” filmmaker Lisbon Okafor in his own words. You can see “Oakville” at the Oakland International Film Fest on Saturday, April 6, 1 p.m., at the New Parkway Theater, 474 24th St. in Oakland.

M.O.I. JR: How did you come up with the plot to “Oakville”? Can you also describe a little of the plot for the readers who have not seen it?

Lisbon: The idea for “Oakville” was born in early 2008 on the island of St. Lucia. While scouting locations for a different project to be shot in the Caribbean, my producer, Cheryl LaTouche, aka my better half, and I caught Barack Obama’s jaw dropping Iowa victory on television, at a local bar. The effect of his win on the locals, so far removed from American politics, was humbling.

Obama would of course go on to win, at the same time that the economy faltered and unemployment skyrocketed. It was clear that it would be increasingly difficulty for people to hold on to the idea of hope and change in the face of unyielding economic and sociopolitical crisis. The tension in the lives of ordinary citizens was worth exploring on screen, we thought. 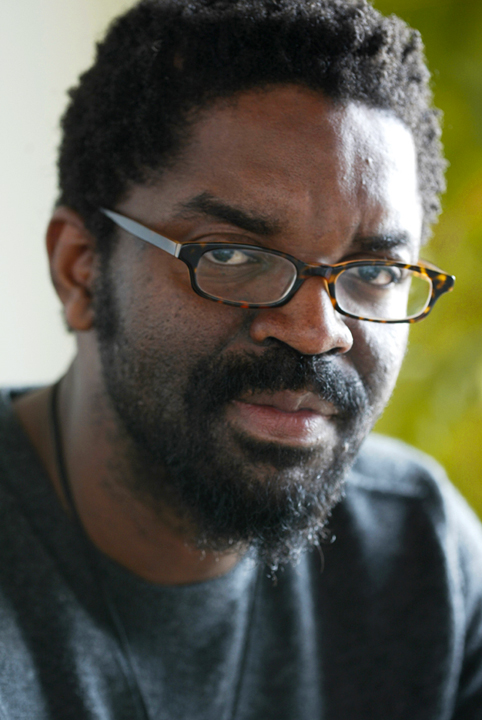 It was a historical moment, and we wanted to own a piece that could not be bought or sold. We decided that perhaps the best way to approach the subject was to get other points of view, so we invited four local talented and insightful actor buddies to collaborate on the project. That is how it started.

I wrote the first 12 pages introducing the four main characters and conflict; then the actors worked with each other to develop their characters and produce a total of six scenes that were strictly conversations between each other. Then in the rewrite, transitional scenes were created, along with supporting characters to really flesh out the story.

Since so much of Mr. Obama is viewed through the prism of race, and I did not want to spend valuable screen time litigating racial issues, casting was crucial and a key tool for moving text and images beyond their apparent meaning. A sure way to talk about race is not to talk about race. The story setup went something like this:

Two Oakland couples, friends, Black girl, white girl, Black guy and white guy. For a decade they were resigned to the status quo. They all orbited around each other comfortable in their roles. Then one day Barack Obama ran for president and they all began to look at each other cross-eyed.

What will it mean if he wins? Then Barack actually won, and everyone fell out of orbit. The friends began to bump up against each other and emotions flared. Unsure of the new rhythms, made worse by the economic collapse, they collided and came to an abrupt stop.

From the confused pile they start to orbit again, gradually, each with a new rhythm, moving, asking different questions. Who is family? What does it take to end a war? Should I go back to school? Can I go at it alone? How can I make a difference? Does she still love me?

Lisbon: Oakland’s history and diversity presented the ideal backdrop for the story, but it was too large a canvas for what we could manage. We decided to focus the story to a village and concentrate the shoot to within a mile radius of Lake Merritt. That part of Oakland was in the midst of a transformation and became the basis of the title, “Oakville.”

Like I said earlier, we found ourselves in a historic moment, and making “Oakville” was our way of remembering what it felt like. Not what happened, because I suspect history will document that differently. Already, many take that moment for granted. In “Oakville,” the backdrop of Obama’s selection is simply context for the attitude and emotions we felt. We must not forget. Well, you can, but the film isn’t about Mr. Obama.

Lisbon: Starting in January of 2009, the team worked on the script off and on for a year, developing and shaping characters based on their experiences. The story and characters continued to evolve over the nine months of principle photography.

It took so long to shoot for obvious budgetary constraints and because I was determined to exploit the gorgeous seasonal changes in Oakland. We would shoot for a week or so, then take a three-month break to rewrite, edit and plan for the next season. I screened different cuts of the film along the way – to raise money and get additional feedback – and we declared a final cut in February 2013. Nuts.

M.O.I. JR: What was the journey like for you to put this indie film out?

Lisbon: The journey to put “Oakville” out is only getting started. We’ve made an honest film about people at a crossroad in American history. We’ve approached the moment in an original manner that we believe will stand the test of time. Another way of saying we recognize the obstacles ahead, and we’re in it for the long haul.

M.O.I. JR: How did you feel when you were selected to be a part of the Oakland International Film Fest?

Lisbon: Gratified and nauseous. My first feature film, “Jujuluv,” also shot mostly in Oakland, played at OIFF in 2005. It is an important fest for those of us who live in Oakland and make films about our community. We are forever grateful to David and his team at OIFF. I’m always super excited to share the work here, but it also comes with the toughest criticisms.

M.O.I. JR: Where else have you shown your film?

Lisbon: The final has not been seen outside Oakland.

M.O.I. JR: Where are you at right now with “Oakville”?

Lisbon: We’re reaching out to distributors and researching self-distro channels while we wait to hear back from other fest entries.

M.O.I. JR: How have people responded so far to “Oakville”?

Lisbon: The response has been encouraging. Audiences appreciate the film at whatever level they choose, from the surface soap opera to the complexity of imagery, themes, relationships and characters. My favorite response came from a young brother at the Los Angeles DGA screening of an earlier cut. He came by after the screening, shook my hand and confessed to showing up late.

He said as he settled in waiting for the predictable entry point into the story, he realized the usual conventions were missing. He felt like he was in the midst of a jazz session and had to roll with it. He said his film teacher had once told them in class that someday a jazz filmmaker would come along and revolutionize the cinematic experience.

Certainly not me, but we do have a quartet.

Other sentiments ranged from “I feel like I know these people” to “best brother scene ever” to “yummy” to “gotta be kidding me with this.”

Lisbon: Maybe they shouldn’t see it as supporting independent films. These are some of the best entertainment around. I’ve loved and enjoyed indie films immensely over the years. They have exposed me to unique characters and places I would never encounter in my lifetime. They have presented worlds and ideas to me in ways I could never imagine watching conventional factory films.

But I also enjoy some of the extremely louder and incredibly empty stuff too. So if you can sit through “The Avengers,” then you can surely hang with an indie or two.

M.O.I. JR: How can people stay up on info related to “Oakville”?

Third in the World