Ramasses Head has been a pillar of the Oakland film scene for the last half decade at least, with hood classics under his belt like “Town Biz” and “Basketball 3:16.” Now he is premiering his new film, “Watch Phoenix Rise,” at the Oakland International Film Fest on Thursday, April 4, at 2:30 p.m. at the Grand Lake Theater in Oakland and on Sunday, April 7, at 9 p.m. at the Black Repertory Group Theater in Berkeley. Check out one of Oakland’s up and coming cinematic stars …

M.O.I. JR: What is “Watch Phoenix Rise” about? Who wrote it? 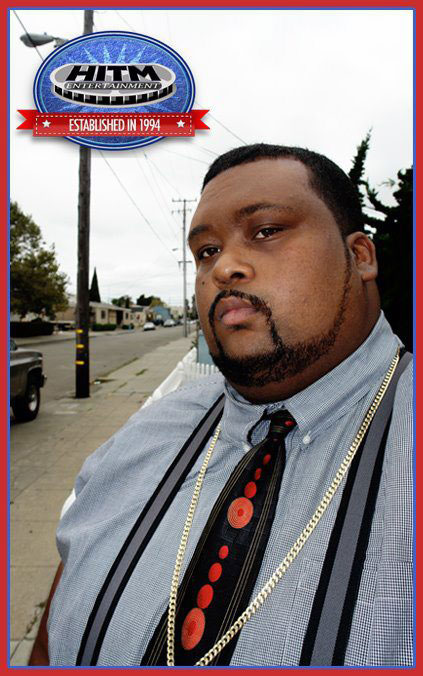 Ramasses: Phoenix is a young girl from humble beginnings who is destined to be just another “pretty” face in the hood, until she decides to become an urban model. Once she sees that the entertainment industry is full of users and abusers, she starts a modeling agency with her best friend Angel.

Phoenix struggles to maintain her rise to fame as her relationships with friends and family are tested by jealousy and lies. I came up with the basic concept and my production partner Damon A. Hart and I came up with the original story. Damon then adapted the story to an original screenplay in a very creative way. He is a talented writer who also wrote my first film, “Townbiz.”

M.O.I. JR: Why did you feel that this was an important story to tell?

Ramasses: This story was very important to me because I am close to several young ladies who have embarked on the urban modeling scene and a lot of them have had very similar experiences to what the film’s characters go through. The character Phoenix is portrayed by Sierra Mora and Angel is taken on by Angelica Marie. Both of these ladies have appeared in countless music videos with artists such as Ray-J and Ne-yo in their real lives, so they were a perfect fit for the project.

Additionally the characters Eileen Fonteneaux and Essence, played by Kartiea “Foota” Turner and Karen Cox, have extensive experience as models as well. I work closely with all of these ladies on this film, as well as many other projects; and input from them helped bring “Watch Phoenix Rise” from concept to reality.

M.O.I. JR: How long did it take for you to shoot this film? How did you cast the film?

Ramasses: We started shooting in March 2011 but the process actually started months earlier with multiple castings at our studio facility in San Leandro’s Where Media Meets Studio (www.wheremediameets.com), which is comprised of myself, with History in the Making Entertainment, James C. Earl-Rockefeller III of VJTV and Phaorah Powell of Famous Filmworks.

We had three rounds of castings before the cast was selected. We then rehearsed for a couple months before starting principal photography. Over all it took two years to complete the project due to the fact that I was finishing my previous film at the same time, as well as the many other projects I do on a regular basis. There were approximately 30 actual shoot days.

Working on this film has allowed me to work with some actors that have been in my past projects, like Alphonso Thompson, Ron Cooper and Mauricio Bobino, as well as make connections with some of the hot new actors in the Bay Area scene, like Jonez Cain, Big Spence and Tammy Brice.

This story was very important to me because I am close to several young ladies who have embarked on the urban modeling scene and a lot of them have had very similar experiences to what the film’s characters go through.

M.O.I. JR: How does this film compare with your past work on films like “Town Biz” and “Basketball 3:16”?

Ramasses: Good question. “Watch Phoenix Rise” lies somewhere between my first film, “Townbiz,” which was a fictional, edgy urban shoot ‘em up film that highlighted the street life and underworld of Oakland. “Basketball 3:16” was essentially a gospel film about a man finding love and religion in an unexpected place. After releasing “Townbiz,” we found that the critics were not ready for such a murderous story from Oakland, because of the real life violence that plagues the city. It was a hit on a local level, but it never found legs.

So for my second film I teamed up with newcomer Pharoah Powell of Famous Filmworks, who had written a story about the average man who is seeking more out of life. I had a new sense of social responsibility and “Basketball 3:16” was my way of showing it. That film was well received and is doing well, but it is geared up for a totally different demographic from “Townbiz.” 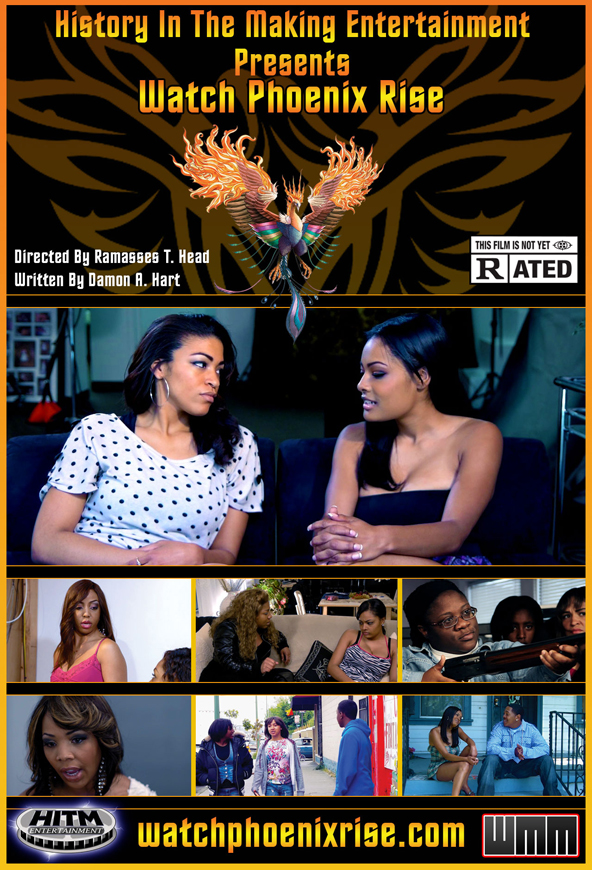 M.O.I. JR: How would you describe the Oakland film scene? Who are you inspired by in it?

Ramasses: The Oakland film scene is thriving right now. It has existed for a long time but with people embracing newer technology, and the cost going way down, there is a whole new breed of filmmakers in Oakland. I think there are several hot up and coming directors, producers, actors and more.

It’s a good time to be a filmmaker in Oakland, as we are receiving some national attention with the film “Fruitvale” by Ryan Cooglar winning big at Sundance. The film “The Lick” has a lot of potential as well. I’m inspired by everyone in the movement.

My first experience on a movie set was in the ‘90s with Mario Bobino, and I ended up co-producing my first film with him. Samm Styles is one of my comrades and someone who is always an important figure in the Oakland film scene. He’s been putting it down since the ‘90s as well and always serves as an inspiration. One thing I’m particularly proud of is some of the members of my own production team – Pharoah Powell and Ed Sparks – have started production on their own feature, titled “Selling Dreams.”

M.O.I. JR: Why is the Oakland International Film Fest important?

Ramasses: The Oakland International Film Festival is very important because it is a venue to get the word out and eyes on your projects as well as a great opportunity to network with other filmmakers and like-minded people. “Watch Phoenix Rise” will be premiering at the OIFF 2013 in April, and I can’t think of a better place for that premiere.

The film is Oakland based and this is my third time I have had a film in the festival. I would like to personally thank David Roach and the Oakland Film Society for giving us this outlet as independent filmmakers.

M.O.I. JR: How do people keep online with you?

Ramasses: You can keep up with me online at hitmentertainment.com, @ramhistorymaker on Twitter and Instagram, search History In The Making Entertainment on Facebook and also watchphoenixrise.com.

I would like to thank the Bay View for this opportunity.