The Metro Transportation Authority pledged significant African American participation during the construction phase of the Metro Crenshaw-LAX Transit Corridor and also signed a project labor agreement to ensure that Blacks receive adequate employment representation, but contractors have drastically under-performed in the hiring of African Americans in the first phase of the Crenshaw Advanced Utilities Relocation PLA for Targeted Worker Attainment. 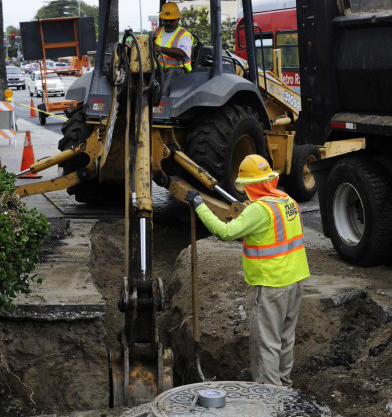 According to MTA internal documents obtained by the Sentinel, which revealed the number of individual hires, Blacks ranked lower than any other demographic group.

The executive order on the Crenshaw Advanced Utilities Relocation summary showed an appallingly low percentage of Blacks working. The report indicated that no Blacks were hired during the month of December 2012 when the bids went out and that only 2.65 percent of the workforce was Black in the month of January 2013.

After the mayor mandated the promoting of African American hiring during the construction phase, the number of Blacks hired in the month of February nearly doubled the percentage of the previous two months to 5.81 for February and escalated again in March to report its greatest gains yet, reaching almost 8 percent.

“Finally, I think we are moving in the right direction because more African Americans are now included in the work force,” said Mayor Villaraigosa. “However, I am not satisfied and will not be until I see that African Americans who live in this community are employed and reflected in the bottom line.

“I believe that it is only appropriate that residents of this community be active participants and work on this rail system being built. I want to see the number of people hired that represents the population of the community. They deserve it and I demand it. My legacy as mayor of the City of Los Angeles rides on it, and my commitment to Leimert Park and the entire Crenshaw community will not waiver.” 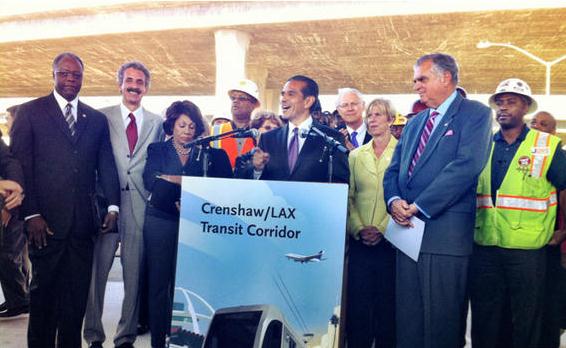 The project’s purpose is to improve public transit service and mobility in the Crenshaw Corridor between Wilshire and El Segundo boulevards. The overall goal of the proposed project is to improve mobility in the corridor by connecting with existing lines such as the Metro Green Line and the Expo Line.

The majority of the funding for the project came from Measure R, the half-cent sales tax initiative approved by Los Angeles County voters in November 2008.

Kenneth Miller is assistant managing editor of The Los Angeles Sentinel, the largest paid African American owned newspaper in the West. He can be reached via generalinfo@lasentinel.net.