The first long-term study of the full-population health impacts of the closure of a U.S. nuclear reactor found 4,319 fewer cancers over 20 years, with declines in cancer incidence in 28 of 31 categories – 14 of them statistically significant – including notable drops in cancer for women, Hispanics and children. 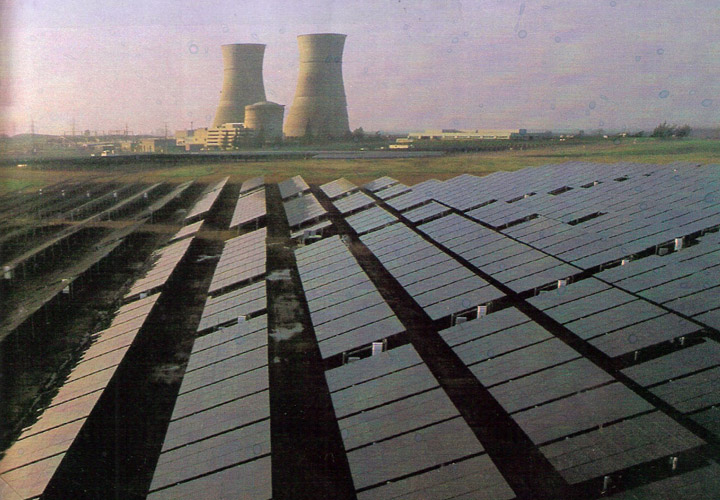 Mangano and Sherman conclude that further research is warranted to determine if there is a cause-and-effect relationship between the elimination of radioactive emissions from nuclear power plants and significant long-term declines in human cancers.

At the heart of the article is the Rancho Seco nuclear reactor project in Sacramento County, an area with a relatively large 2010 population of more than 1.4 million. Rancho Seco has been closed for over 23 years, providing a long period to examine post-shutdown local health patterns. The closest operating nuclear plant is Diablo Canyon, over 200 miles to the south. Mangano and Sherman examined official California Cancer Registry data on cancer incidence for Sacramento County versus the entire state, using the last two years of reactor operation, 1988-1989, as a baseline for analysis.

Author Joseph Mangano said: “This article is the first of its kind: No other peer-reviewed journal article has examined long-term changes in health status near closed nuclear plants. The need here for more knowledge is great, given how many reactors are near major population centers. San Onofre, in Southern California, has 8.4 million persons living within 50 miles. Indian Point, in southern New York, has 17.2 million within 50 miles. We need more information about the long-term impact of low-level radiation from both idled and currently operating reactors.”

Author Janette Sherman said: “The potential effects of locating new reactors should be measured not only in terms of health, but also in terms of cost. For example, the 4,319 fewer cancers than expected in Sacramento County during the first 20 years after the Rancho Seco closure translates into many millions saved in direct medical costs, reduction of productivity lost, and additional savings associated with the value of a human life.

“With large numbers such as these, and with the future of this source of power a matter of great public concern, reports like this one must be followed by similar efforts to attain better understanding of potential improvements in public health after reactors are shutdown.”

Other key findings in the article include the following:

The Mangano-Sherman long-term findings are mirrored in earlier studies covering shorter periods of time. Examination of the short-term local health status changes in young persons immediately after shutdown of eight U.S. nuclear plants between 1987 and 1997 compared infant mortality for the two years before shutdown (including shutdown year) with the two years following. Rates in each of the eight areas decreased more rapidly than in the U.S. as a whole; the total decline for the eight areas was -17.4 percent vs. -6.4 percent nationally. The three areas for which cancer incidence was available showed a decrease of -25.0 percent in children age 0-4 vs. a rise of 0.5 percent for the entire U.S.

“Seeing an improvement in health outcomes after a known hazardous factor is stopped is not new,” observes Dr. Sherman. “Examples include the recent decrease in breast cancer since the use of HRT (Hormone Replacement Therapy) was stopped; the decrease in lung cancer with the decrease in smoking; and, of course, the historic reference to John Snow in London when he removed the handle from the Broad Street well and stopped the spread of cholera by cutting off its source in 1854.”

Epidemiologist Joseph Mangano, M.P.H. M.B.A., is the executive director of the Radiation and Public Health Project. He is the author or co-author of 30 peer-reviewed medical journal articles and letters and author of the books “Low Level Radiation and Immune System Disease: An Atomic Era Legacy” (1998), “Radioactive Baby Teeth: The Cancer Link” (2008) and “Mad Science: The Nuclear Power Experiment” (2012).

Janette Sherman, M.D., is an internist and toxicologist and the author or co-author of many scientific publications. She is author of the books “Chemical Exposure and Disease: Diagnostic and Investigative Techniques” (1994) and “Life’s Delicate Balance: Causes and Prevention of Breast Cancer” (2008).

This press conference on the release of the study, featuring Mangano and Sherman and other experts, was recorded on March 28.