A report based on interviews with former Palestinian prisoners and detainees

Israel is considered by both international human rights organizations and media polls as one of the worst countries regarding human rights abuses. Amnesty International and Middle East Monitor issued various reports in which they expressed concerns about the Israeli’s practices. 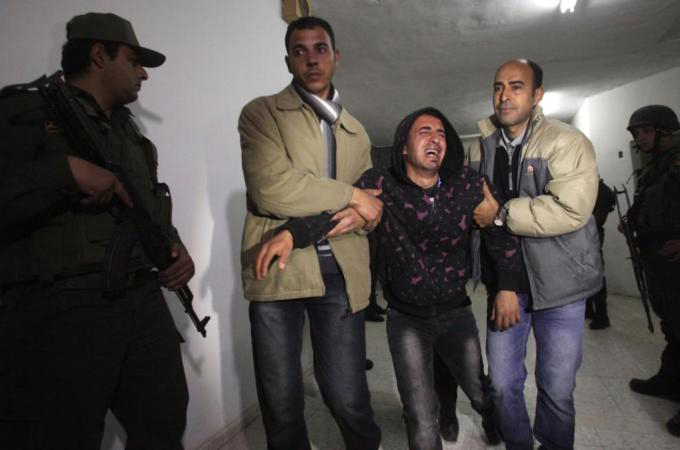 A BBC World Service poll in 2007 revealed that Israel is perceived by the majority of people as having a negative influence in the world, and a more recent public poll carried out in Norway and Germany circumscribed Israel as “a hostile entity.” This negative image of Israel is caused by its frequent violations of international law since its forced establishment in 1948.

International law sets the foundation for humane and fair treatment of prisoners, assuring that prisoners are not humiliated or tortured. Several countries, including Israel, deny these laws and regulations and practice different forms of humiliation and torture.

Israel is considered by both international human rights organizations and media polls as one of the worst countries regarding human rights abuses.

Detention and imprisonment became one of the tools for Israeli forces to oppress the Palestinian people calling for freedom and self-determination. This led to never-ending arrest campaigns that imprisoned hundreds of thousands Palestinians over the past seven decades. According to Addameer Detention Report, there were 4,812 Palestinian political prisoners in Israeli prisons and detention centers in February 2013, including 178 administrative detainees, 12 women and 219 children – 31 under the age of 16.

UFree Network, established to defend the rights of Palestinian prisoners and detainees, mentioned in previous reports that there are no juvenile prisons for Palestinians. As a result, children often serve their sentences in the same cells as adults. More than 6,000 Palestinian children have been detained since 2000.

In February 2013 there were 219 Palestinian prisoners and detainees under 18, more than 10 percent of them being under the age of 16. A large number of Palestinian prisoners and detainees are accused of executing acts of terrorism or participating in such acts. However, those prisoners were calling for freedom and self-determination, but they did not select terrorism as the appropriate strategy.

In addition to the arbitrary practice of administrative detention, the restrictions on family visits and the practice of torture, Palestinian prisoners and detainees are denied access to basic health services. Israeli authorities refuse to provide the needed medications to prisoners suffering various health problems. On different occasions, the prison authorities were reported to give prisoners with chronic health disease solely pain killers.

According to the Israeli newspaper Haaretz, a report issued by the Justice Ministry’s Public Defender’s Office revealed widespread overcrowding, inadequate access to medical care, poor hygienic conditions and excessive punitive measures in most Israeli facilities. In a recent report by the Independent Commission for Human Rights, the organization stated that they are “gravely concerned over the extreme deterioration of the Palestinian prisoners’ conditions in the Israeli prisons and detention centers.”

Israel uses both physical and psychological torture methods while interrogating Palestinian prisoners and detainees. Recently, Arafat Shalsh Jaradat, 30, was murdered by Israeli intelligence – Mossad – while he was under extreme torture in Majdo prison facility. Jaradat died due to a heart attack because of heavy beating.

Palestinian prisoners and detainees are exposed to unfair trials, administrative detention, solitary confinement and are deprived of seeing their families. Physical and psychological torture is exerted by Israeli security services.

The torture methods and its duration vary from one detainee to another, but their overall goal is to intimidate prisoners and seek information that, in many cases, does not exist. This report reveals the main methods used by Israeli forces to torture Palestinian political prisoners.

The documented methods were obtained through interviewing former Palestinian prisoners and detainees and violate international law. The international community must meet its legal obligation by putting pressure on Israel to abide by international law and the treaties cited above. UFree therefore recommends the following:

This report was documented and compiled by the Media Centre of the UFree Network, an independent European-wide human rights network set up to defend the rights of Palestinian political prisoners and detainees. They can be reached at www.ufree-p.net or www.ufreenetwork.eu or email secretary@ufree-p.net or media@ufree-p.net. The network can also be found on Facebook, followed on Twitter and subscribed to on YouTube. Join their email list at http://ymlp307.net/xgmmbeyhgmgh.