Juneteenth, a day signifying freedom, has been celebrated in San Francisco for 63 years – the largest annual gathering of Blacks in Northern California. The late Wesley Johnson, owner of Johnson’s Pharmacy in the Fillmore, at Sutter and Webster, organized the first celebration in 1950 and many that followed, inspiring a commitment by the Black community to ensure the event a permanent place on the City’s calendar. 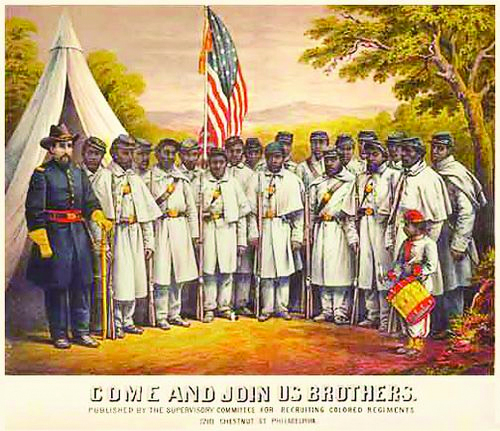 Juneteenth commemorates the day, June 19, 1865, when news of the end of slavery finally reached Texas – over two years after the 1863 Emancipation Proclamation. Meanwhile, a quarter million enslaved Africans in Texas had worked without pay for two seasons, not knowing they had been legally freed.

This year also marks the 150th anniversary of the Emancipation Proclamation, a strategic move to free slaves to join the Union army to help defeat the Confederacy. President Lincoln did not have a conscientious objection to enslaving Africans. His decision to emancipate them was a political move to win the Civil War.

At this year’s San Francisco Juneteenth, on June 15, 2013, Rev. Amos C. Brown, senior pastor of Third Baptist Church, will be speaking on the history of Juneteenth. We will also be reminded of some victorious and tragic moments in 1963 – 50 years ago. Those moments were:

The San Francisco Juneteenth Committee has revitalized itself with new members representing the City’s Black communities from Fillmore to Bayview Hunters Point. Unfortunately, few resources from City Hall or other sponsors were made available this year. But our love and respect for ourselves and our African roots and the commitment of committee chair Rev. Arnold Townsend and his daughter, coordinator Rachel Townsend, ensures the event will be a big success.

The 2013 San Francisco Juneteenth will be held Saturday, June 15, on Fillmore Street between Sutter and Turk from 11 a.m. to 7 p.m. The event is free! There will be a parade, vendors, guest speakers and plenty of entertainment by talented performers of blues, R&B, jazz and gospel. Health information will also be available.

To learn more, go to www.sfjuneteenth.org. The Juneteenth Committee needs your help; individual donations and business sponsors will be appreciated.

Genevieve Bayan can be reached at genevieveb71@gmail.com. 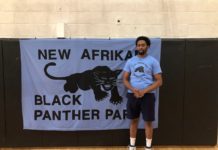 A Black Panther barbecue: Serving the people on Juneteenth