KPFA Evening News Anchor Cameron Jones: On Friday, Uganda’s New Vision newspaper reported that Congolese President Joseph Kabila is deploying hundreds of soldiers and tanks at the edge of territory held by the M23 militia and that South Africa has deployed troops in the eastern Congolese city of Goma to reinforce the Tanzanian contingent of the United Nations Combat Intervention Brigade, which has been sent to root out M23 and other militias in Congo’s resource rich eastern provinces. 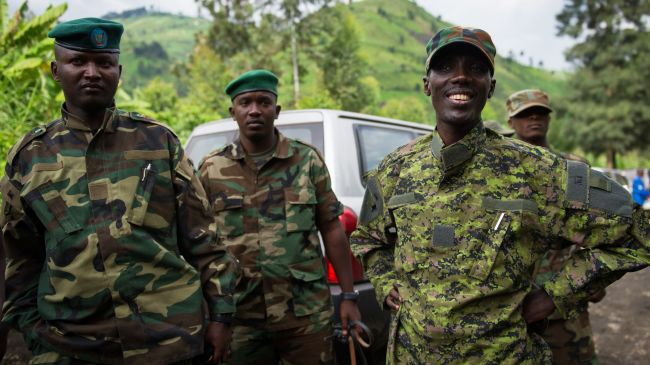 M23, however, has said repeatedly that they have no intention of surrendering territory and are well prepared for any attack on their positions. KPFA’s Ann Garrison has the story.

KPFA’s Ann Garrison: The 2012 report by the U.N. Group of Experts on the Democratic Republic of the Congo says that the M23 militia, in the country’s east, is not only backed by the country’s eastern neighbors, Rwanda and Uganda, but also that Rwanda’s Defense Chief Charles Kayonga and Defense Minister James Kabarebe are at the top of its chain of command. Kayonga and Kabarebe answer in turn to Rwandan President Paul Kagame.

Friends of the Congo’s Executive Director Maurice Carney told KPFA that the U.N. Combat Intervention Brigade is really just the U.S., U.K., and other Western powers’ excuse for continuing to support African dictators – Rwanda’s Paul Kagame, Uganda’s Yoweri Museveni and Congo’s Joseph Kabila. All three, he says, collaborate with foreign interests to drain Congo of its vast resource wealth. Carney has long maintained that there is no military solution and that Americans must therefore urge the U.S. government to stop supporting African dictators.

Maurice Carney: It’s really important for your listening audience to understand the dynamic of what’s happening here. It’s clear what is causing the destabilization of eastern Congo, and that’s U.S. allies Rwanda and Uganda sponsoring militia groups inside of the Congo. Everyone is in agreement on that. 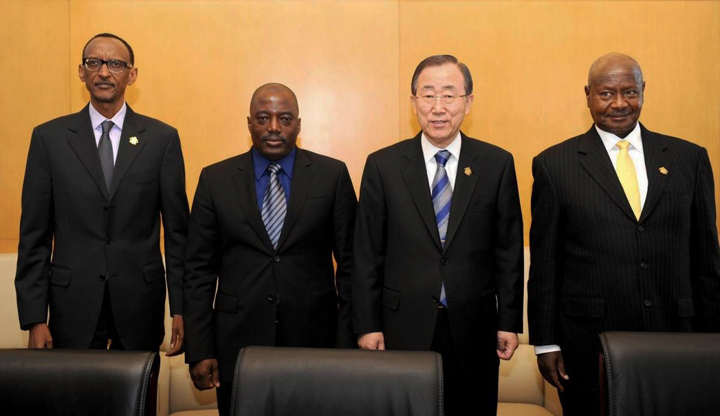 The U.S. is in agreement on it. The U.K. is in agreement on it. The U.N. Everyone knows that the militia inside the Congo, committing crimes against humanity – that militia is backed by Rwanda in particular and to some extent Uganda. Now, because these two countries are U.S. allies, and the United States runs diplomatic and political interference for them at the international level to cover the crimes that they commit locally, the U.N. has to come up with alternatives, as opposed to directly holding these U.S. allies accountable.

What actually needs to be done is for the United States, the United Kingdom to cease financing, arming, training, equipping these militaries, Rwanda and Uganda, that are sponsoring war criminals in the Congo.

KPFA/Ann Garrison: Amidst ongoing violence and chaos, foreign interests drain Congo’s wealth in two ways. One, which has been much described in many years of U.N. reports, is the smuggling of Congo’s mineral wealth across its eastern borders to Rwanda and Uganda. 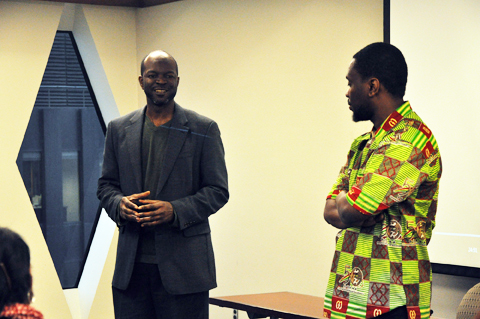 Also amidst ongoing violence and chaos, the Congolese government, led by President Joseph Kabila, grants extraordinarily generous leases to multinational mining corporations which operate with little or no labor or environmental protection for the Congolese people. For Pacifica, KPFA and AfrobeatRadio.