Money B has been a Hip Hop legend for over 20 years wit’ the funk-heavy rap group Digital Underground. And I wanted to do this interview with him to talk about his friend, comrade and band mate, the late Tupac Shakur.

This year, just like most years, the Bay is having a Tupac Shakur Birthday Party. This year it will be at Yoshi’s in San Francisco, on June 16. 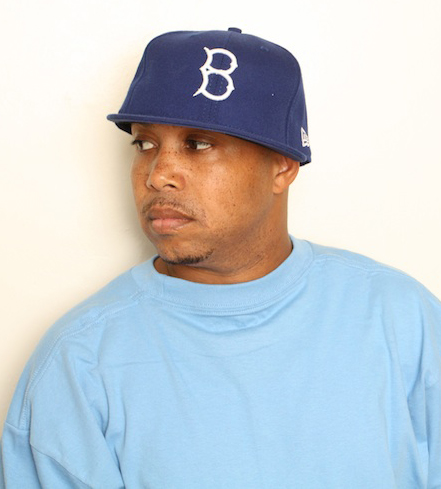 This year’s event will benefit the National Alumni Association of the Black Panther Party and will be headlined by Money B and Mistah FAB, as well as it will include words from Tupac’s former poetry coach and manager, Leila Steinberg, and the co-founder and former chairman of the Black Panther Party, Bobby Seale. Check out Money B in his own words and come party for your right to fight like Public Enemy would say.

M.O.I. JR: How did Digital Underground start and how did you become involved?

Money B: Shock G started Digital Underground in Tampa, Florida, around 1987. The first single, “Underwater Rhymes,” was released in 1988. I officially became a member later in ‘88, shortly before we released “Doowutyalike” in ‘89. I came in when Digital Underground wanted my DJ, Fuze. We were in a group called Raw Fusion.

M.O.I. JR: Can you talk a little bit about when you met Tupac? What were your first impressions of him? What kind of person was he?

Money B: I met Pac when he was a part of a group called Strictly Dope with Ray Luv. They auditioned to be on the label in front of our then manager’s house. I knew he was special from the beginning. He was a wild dude, but I thought he was cool.

M.O.I. JR: Did your family links and Pac’s family links to the Black Panther Party have an effect on your relationship?

Money B: Our parents’ affiliation with the Black Panther Party definitely affected our relationship. We could relate to each other’s story and both felt a moral obligation to the community.

M.O.I. JR: Can you talk about this second annual Pac birthday party fundraiser? Who will it benefit and who will be there?

Money B: The fundraiser is for the National Alumni Association of the Black Panther Party. The proceeds will go towards helping political prisoners and other efforts to aid the community. Artists performing will be myself, Mistah FAB, CMG of Conscious Daughters, Suga T of the Click, 4-Rax and v1c. Speaking will be Bobby Seale and Leila Steinberg of note.

M.O.I. JR: Why did you pick the artists that are on the bill to represent for Pac’s birthday?

Money B: Each for different reasons, but what they had in common was a willingness to be involved with such a positive cause.

M.O.I. JR: What is the significance of having Black Panther Party Chairman and co-founder Bobby Seale speak at this event?

Money B: Because he was there in the beginning. He can give great insight to what it was like back then and where the association is at today.

M.O.I. JR: What is going on musically with you currently? Can you talk about your solo project? Digital Underground? M*A*S*K?

Money B: My new group M*A*S*K stands for Money B and Scott Knoxx. He’s from Milwaukee, Wisconsin, and a dope emcee. We just want to bring quality Hip Hop back to the people.

My solo project just shows my maturity as an artist, while at the same time giving you the Money B sound that the fans are used to.

I’d like everyone to check out my radio show, “The Goin Way Back Show With Money B.” It’s my old school Hip-Hop radio show. It streams live every Thursday night 9:30 p.m. PST on www.rmconair.com. You can also see archived episodes on my site, www.goinwaybackshow.com, your home for everything old school Hip Hop.

M.O.I. JR: How could people find your music online?

Money B: Find my new music at www.maskhiphop.com. New singles are available on iTunes: Money B “From the Town,” featuring Yukmouth, Shady Nate and Del, the Funky Homosapien, and M*A*S*K “Make the Sound,” featuring Rhymefest, produced by DJ Premier. Catch me on all social networks @Moneyb69.