Indeterminate SHU confinement is torture, and though not all those thus situated are in cells alone – some have cellies – this makes the torture no less acute and in some ways even more challenging.

Like all oppressed people, prisoners confined to these torture units must not only contend with seeking ways to resist the unrelenting, daily assaults on their psyche and humanity, but must also contend with the prospect of people who have never been subjected to the inexorable psychological and physical degradation of being confined to a bathroom with two bunks crammed into it for 23-24 hours a day, every day, trying to define our reality. 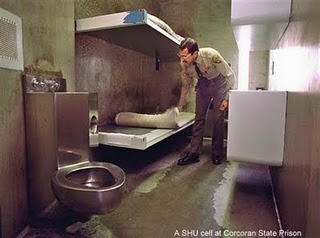 It has recently been suggested that those confined to these sensory deprivation torture units indefinitely, but who have a cellie, are not in “solitary confinement,” as though another human occupying a space not even large enough for one will somehow mitigate the deleterious effects of this isolation. It doesn’t. The only marked difference is the number of stressors you must contend with in a day.

Having a cellmate under this circumstance forces you to modify your daily life to account for the mood swings, biological activities and other idiosyncrasies of someone who is always – no matter how far in this tiny cell you go – only two steps away from you.

As men who have a collective 60-plus years in these torture units, both with cellies and without, we can state definitively what constitutes “solitary confinement” is the complete and total isolation from sensory stimuli and “normalized” human social interactions which accompany the unique conditions of torture unit confinement (i.e. SHUs, SMUs, supermaxes, ad-segs etc.), not whether another human has been crammed off into this tiny space with you.

The love, friendship, admiration and respect we hold for one another is genuine and abiding but has no impact on how isolation affects the mind and how you may perceive others or their activities. We may hold a conversation with one another or a neighbor through the vent, then not say a word to another for two or three days save “excuse me” when sliding past or using the toilet. That anyone truly believes having a cellmate somehow lessens the effects of this isolation only reveals their ignorance of this reality.

For someone to attempt to define our reality in these torture units, who’s never experienced it for a month, let alone decades, is no different than U.S. government officials and policy makers attempting to define the realities of the First Nations (Native Americans) who they had massacred, forced onto reservations, and then into “boarding schools,” where they raped children of their language, culture, identity and innocence.

Can anyone identify the reality of the Apache child whose hair is cut to serve his tribal identity and then beaten for speaking his native tongue but that Apache child? No, of course not! Neither can anyone define the reality of the prisoners confined in U.S. domestic torture units across the U.S., like Pelican Bay, Corcoran and Tehachapi, save those of us who have and do live this reality. Just as many men who have had cellies have committed suicide to escape these torture units as those without.

Indeterminate SHU confinement is torture, and though not all those thus situated are in cells alone – some have cellies – this makes the torture no less acute and in some ways even more challenging.

Solitary confinement must be defined by the effects this isolation and the torture techniques used to break men has on those so situated. We should know. All of us have been both with and without cellies over our periods of indefinite SHU confinement. Despite our level of development and continued advancement, it would be the height of hubris for us to contend this isolation has not adversely affected our minds and bodies. For anyone to consider these conditions anything less than torture could only be a prison industrialist or some other type of draconian public official.

In the final analysis, torture must be defined by the effects it has on its victims. And no one who has been confined to these indefinite torture units for any length of time, either single or double celled, has escaped the psychological and physical devastation of the torture unit.

NCTT-Cor-SHU (NCTT stands for the New Afrikan Revolutionary Nation (NARN) Collective Think Tank) is a people’s think tank comprised of New Afrikan (Black) prisoners held in solitary confinement in California’s Corcoran State Prison Security Housing Unit. The mission of the NCTT is to create, develop, review and implement programs, initiatives and concepts with and for individuals, groups and community activists across the U.S. to realize 10 Core Objectives as articulated by the think tank. Learn more and contact the NCTT at ncttcorshu@gmail.com, @NCTTCorSHU, on Facebook and on their website, at ncttcorshu.org. 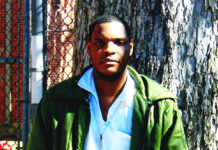 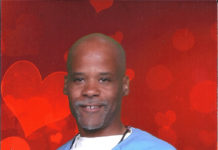 Baridi X Williamson: I went inside my heart to survive the torture in the Pelican Bay SHU 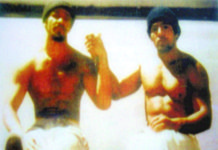 Today, few know how bad it was for Black and Brown people back in George and Yogi’s day 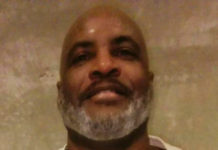 Jabari Scott in GP! ‘Man, it was beautiful enjoying my first cup of joe’ 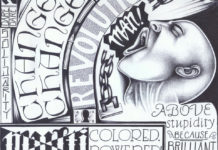 Death and life of Hugo Pinell