The Juneteenth celebration and festival in San Francisco on June 15, 2013, was an ethnic experience as well as a historical event for African Americans that was worth attending. The Juneteenth parade was fantastic. Church members from the Bay Area were marching with their heads held high and stepping to the beat, as the old skool ‘70s El Dorado Cadillac blasted the Motown beats. 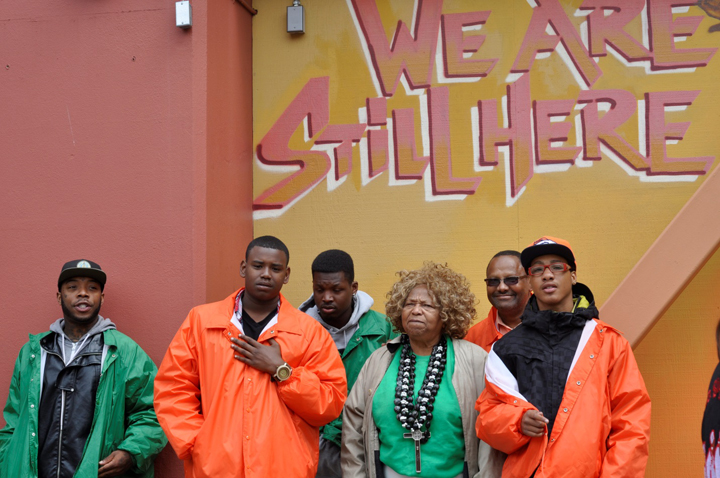 There were sororities in colored outfits. Also there were proud men of color young and old driving classic muscle automobiles from 350 to 454. Six Black cowboys joined the parade wearing their beautiful Western attire. Finally the 1998 to 2010 Corvette owners displayed their pride and joy magnificently as they drove through the parade to their final destination at the festival.

At the festival there were vendors of jewelry, literature, paintings, art and excellent cuisine and superb entertainment. There were many variations of tasty potato salad, seasoned chicken, barbecue ribs, spicy hot links, creole style cooking and delicious soul food. Most desserts were home-made, and the banana pudding was especially good.

Ishmael Burch Jr., pastor of St. Andrews Missionary Baptist Church, said he has been “working for 17 years on this African American holiday,” and in 2014 we expect a larger statewide turnout.

Inner City Youth and founder Michael L. Brown continue to provide peaceful, nonviolent, and recreational activities for the 2013 Summer Session. The Yellow Bus Tour crew drove to the warm, sunny, spacious and beautiful Gilman Park in the Bayview District on Saturday, June 22. The 2013 gala celebration was “Neighborhood Connect” sponsored by WHOP, We’re Helping Our People, and the Bay View Beacon.

The community celebration was an African American gathering of about six generations: infants, preschoolers, middle and high school and college students as well as adults and elders. There was a special group of community leaders and supporters: Rev. Ishmael Burke Jr., pastor of St. Andrew Missionary Baptist Church, Rev. Riley of the Bayview community, Jim Martin, director of Fatherhood and Men’s Services at the YMCA, Rodney Hampton, president of the WHOP board of directors, Michael Bennett, director of YMCA Physical and Wellness Activity, and Jameel Patterson of Community Bridging. 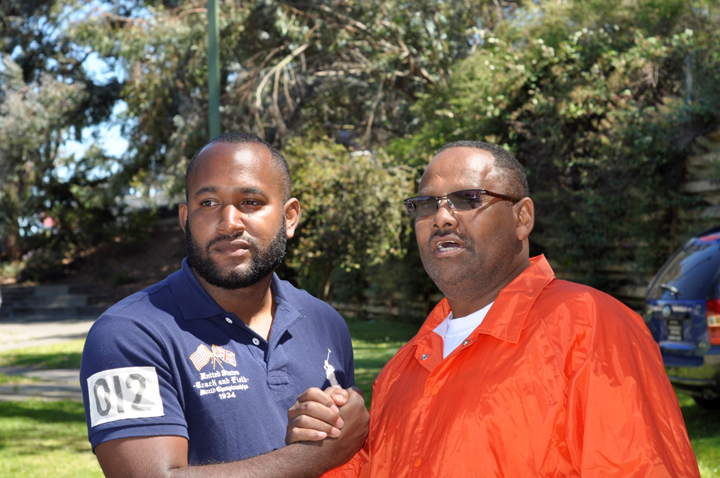 The entertainment at Gilman was fantastic. The Reed Fromer Band played music continuously – old favorites such as “Tell It Like It Is,” “Joy and Pain” and “It’s a Love Thing.”

Fleetwood, the West Coast country boy rapper, commanded attention when he began his conscious rap: “It’s on us. We got to regulate our own youth.” ICY R&B recording artist Kendahl Starling sang his own rendition of “Happy Birthday” to a lucky lady named Lyla, “End of the Road” and his original recording of “Super Hero.” Keith Perry, media specialist, recorded the wonderful and authentic ethnic experience.

The food was tasty and delicious. There were free squares of red, ripe watermelon. The carrot cake and rich, fudge chocolate cakes were magnificent. The ribs and potato salad were terrific and went well with the red beans.

For more information regarding ICY summer programs, please contact Michael L. Brown at (415) 587-4099 or email us at icysf@yahoo.com.