by Leon A. Waters

Libraries in Haiti have operational challenges. Some of them do not have stable electricity to operate; some have unstable solar power; and others function in the evening when bursts of electricity become available. Besides the challenges of structural repair, which includes roof renovations, many of Haiti’s libraries are seeking fraternal assistance inside and outside the country. 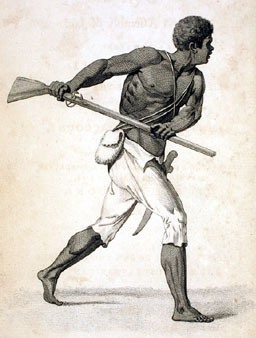 This includes opportunities to partner with the National Library in areas such as the sharing of periodical databases for use by all Bibliotheque Nationale patrons. This also includes partnership opportunities to enhance and upgrade staff and students in advanced librarian science, utilizing advance technological training and study. Creating the opportunity to bring staff and students to the United States to receive such training and study is critical to revolutionize the role that libraries can play in Haiti’s future.

During the July 4th weekend in New Orleans, Bibliotheque Parrainage is hosting a fundraising bus tour of the Louisiana 1811 Slave Revolt, the largest slave revolt in the United States.

This educational adventure will retrace the route of the former enslaved rebels. The tour will enlighten the visitors on how Deslonde’s rebels carried out the revolt. The visitors will visit some of the locations where the slave rebels fought U.S. troops and militia and other locations related to the revolt.

The visitors will learn what happened, discover the gains made and the foundation laid for further revolts. A descendant of the rebels will escort the visitors to numerous stops where significant actions occurred.

Funds raised from this July 4th weekend adventure will be used for assistance to the Nationale Bibliotheque in Haiti. In this way, we who reside in the United States will extend a supporting hand to the Haitian people.

Join the 1811 Slave Revolt Bus Tour on Friday, Saturday or Sunday, July 5-7. Departure is at 9 a.m. with boarding time at 8:45 a.m. at 500 Canal St., in front of the New Orleans Sheraton Hotel. Visitors are encouraged to wear comfortable clothing and no sandals. The tour is approximately three and a half hours; tickets are $50 per person. Participants may go online to purchase tickets: www.bibliothequeparrainage.eventbrite.com. For more tour information, call (504) 432-9901. 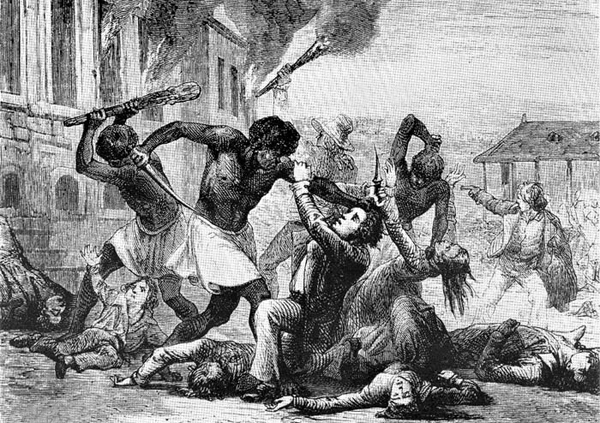 The president of Bibliotheque Parrainage is Ms. Valencia Hawkins, who is a recent retired librarian of 26 years of service from the New Orleans Public Library. Ms. Hawkins served the citizens of New Orleans in the official post as associate director of Central Public Services, Outreach and Programming.

Those in New Orleans know very well the role libraries can play after a natural disaster. Their natural disaster was Hurricane Katrina. The main library located in downtown New Orleans was mostly spared from the horrific damage that impacted most of New Orleans. Hence, the main library played a real critical role in the restoration of New Orleans. The library was a center for information, disaster relief assistance that included medical-health resources, housing-shelter resources and food-financial resources.

Funds raised from this July 4th weekend adventure will be used for assistance to the Nationale Bibliotheque in Haiti. In this way, we who reside in the United States will extend a supporting hand to the Haitian people.

Despite the living conditions of most of Haiti’s people, the Haiti people sent $40,000 to assist New Orleanians to rebuild and recover. Such a very poor country made such a humble sacrifice. Bibliotheque Parrainage feels that libraries assist in the building of communities; certainly, as Bibliotheque Parrainage expounds, those of us who reside in the United States can do more.

One of the most suppressed and hidden stories of African and African American history is the story of the 1811 Slave Revolt. The aim of the revolt was the establishment of an independent republic, a Black republic. Over 500 Africans, from 50 different nations with 50 different languages, would wage a fight against U.S. troops and the territorial militias. 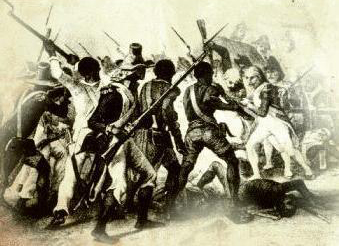 The Deslonde family acquired land and restarted their slave holding sugarcane operations in St. John the Baptist parish. The ideas of slave rebellion had been inspired by the Haitians’ defeat of Napoleon and his allies, who included President George Washington. The victory of Africans in gaining their freedom in Haiti had a powerful and stimulating effect on Africans held in bondage all over the world, especially in the Western Hemisphere. It gave enormous encouragement to the Africans on plantations in Louisiana. To capture the city of New Orleans, Charles Deslonde’s strategy consisted of a two-pronged military assault.

One prong of the attack would be to march down the River Road to New Orleans. The rebels would gain in number as they moved from plantation to plantation on the East Bank of the Mississippi River from St. John the Baptist parish to New Orleans. They were intent on creating a slave army, capturing the city of New Orleans and liberating the tens of thousands of slaves held in bondage in the territory of Louisiana.

The other prong of attack was to involve the enslaved Africans inside the city of New Orleans in a simultaneous uprising. Here the rebels would seize the arsenal at Fort St. Charles and distribute the weapons to the arriving slave army. The two-pronged attack would then merge as one and proceed to capture the strategic targets in the city.

On the evening of Jan. 8, 1811, Charles and his lieutenants would start the revolt. The rebels would elect their leaders to lead them into battle. They elected women and men. The leaders were on horseback. Several young warriors marched ahead of them with drums and flags. Men and women assembled in columns of four behind those on horseback. 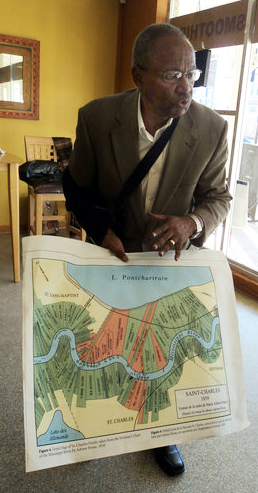 The rebels rose up on the plantation of Col. Manuel Andry (today the city of LaPlace) in St. John the Baptist Parish. They overwhelmed their oppressors. Armed with cane knives, hoes, clubs and a few guns, the rebels marched down the River Road toward New Orleans. Their slogan was “On to New Orleans” and “Freedom or Death,” which they shouted as they marched to New Orleans.

However, despite their best efforts, they were not able to succeed. The revolt was put down by Jan. 11 and many of the leaders and participants were killed by the slave owners’ militia and U.S. federal troops. Some of the leaders were captured, placed on trial and later executed. Their heads were cut off and placed on poles along the river in order to frighten and intimidate the other slaves. This display of heads placed on spikes stretched over 60 miles.

The sacrifices of these brave women and men were not in vain. The revolt reasserted the humanity and redeemed the honor of the people. The uprising weakened the system of chattel slavery, stimulated more revolts in the following years and set the stage for the final battle, the Civil War (1861-1865) that put an end to this horrible system. The children and the grandchildren of the rebels of 1811 finished the job in the Civil War. Louisiana contributed more soldiers – over 28,000 – to the Union Army than any other state.

These women and men of 1811 represented the best qualities of people of African descent. They were people of exceptional courage, valor and dedication. These were women and men who put the interest and welfare of the masses above their own personal desires. These were people who understood that the emancipation of the masses is a precondition for the emancipation of the individual.

The sacrifices of these brave women and men were not in vain. The revolt reasserted the humanity and redeemed the honor of the people.

Remember the Ancestors! Remember the women and men who carried out the largest African uprising on American soil.

Author and historian Leon A. Waters, publisher and manager of Hidden History Tours, chairman of the Louisiana Museum of African American History and descendant of the 1811 rebels, can be reached at leonawaters8@gmail.com. Bibliotheque Parrainage can be reached at bparrainage@gmail.com. 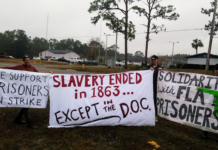