by an unnamed pen pal at San Quentin

I hope this letter finds you doing well. This is just a small note to let you know I’m still alive. But on Friday morning at around 12:30 a.m., they found me on the floor unresponsive and a little blue-ish purple. 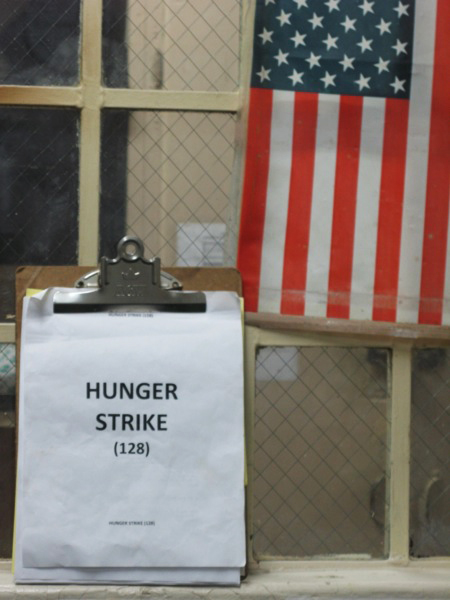 From what the guys here say, the guards opened the door, I fell out and they jumped on me with a shield, cuffed me and took me out. Then dropped me at the first tier cause their hands slipped, from what they told me. What happened? Well, I remember waking up with a start, shivering, my heart racing and like someone was squeezing my back and that’s it.

The nurses said kidney failure – that I was so dehydrated that my kidneys shut down and I was blue-ish purple ‘cause I almost froze to death. Hypothermia? Is that how you spell it? Either way, the lack of food caught up to me and so did the water.

They put me on IV and warmed up my body with blankets and sent me on my way back to my cell. By 4 a.m. I was back. Only at S.Q.

That same day four more guys fell out. The nurses said more will follow and they’ll see me again soon too if I don’t start eating. Which I won’t. I’m still sore from the awkward position I was in for hours, still recovering and pissing out this IV shit. The nurses said I was half dead but looked better today. I’ve slept all day and just taking it easy.

There was a negotiation meeting Friday evening where they’re still talking STG [Security Threat Group, the new term for “gang”] shit and still making promises. But we’re not seeing anything on paper.

Oh, just one thing was put on paper. They changed the policy for searching us at yard now. When it’s raining, they’ll bring us into the building and search us, instead of making us do that on the yard. That was one of our requests. But we said, if they can put that on paper, why not the rest? That’s where we’re at now though.

The blogger who posted this letter at HongPong.com suggests contacting the following: 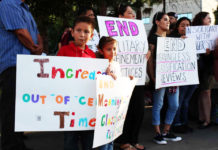