San Francisco – Sailing on the Bay has always been adventurous. The Natives, Ohlone Costanoans and Coast Miwok nations, sailed the Bay Area waters long before Sir Francis Drake entered them.

One team from North Carolina, African Diaspora Maritime (ADM), will not be competing after appealing for entry in the regatta and their application being denied.

Talking with Captain Charles Kithcart last year, he explained the North Carolina African Diaspora Maritime has the right to compete at the highest level of competition like Oracle and the others.

Kithcart, who is an engineer and comes from a sailing family, has a rich background in the sport and is a bona fide historian as well as an excellent sailor. 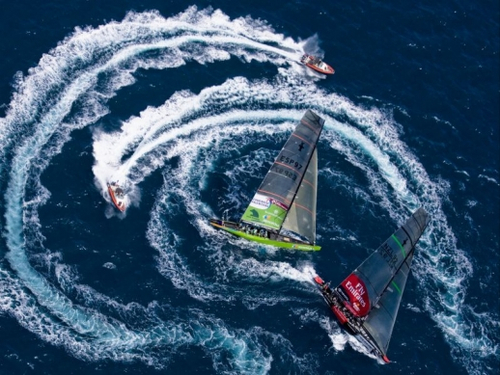 This sobering news also stagnates opportunity for an ADM pavilion, which would have anchored a place for American Africans to generate money during the Cup competition.

All of the other teams have pavilions where they promote events, sell caps, jackets, T-shirts, memorabilia. You get the picture.

Live Nation, one of the leading concert promotion companies, has very little to do with sailing; however, they just built a concert hall on the Embarcadero and are cashing in on America’s Cup’s tourism spillover. Sting was the opening act; need I say more.

ADM’s suit against the San Francisco Golden Gate Yacht Club to compete in the America’s Cup was dismissed and with it a chance for the super African American sailors to shine.

Just think how Jackie Robinson, MLB, George Taliaferro, NFL, Charles Henry “Chuck” Cooper, NBA, Williams sisters and Althea Gibson, USTA, Gabby Douglas, USGA, have enhanced and broadened sports. Over $1 billion is coming to the Bay Area during the America’s Cup and it is hard to see where American Africans will be able to profit.

“#10 DeSean Jackson: The Making of a Father’s Dream”

Jacquie Taliaferro, San Francisco filmmaker and director of LaHitz Media, can be reached at lahitznews@yahoo.com or (415) 821-1111. 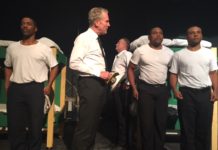