The Southern African Development Community expressed concern about Rwandan troops amassing on the Rwanda-Congo border at a conference in Namibia on Sept. 14, 2013, as “peace talks” continued in Kampala, Uganda.

KPFA Evening News Anchor David Landau: Yesterday the Southern Africa Development Community, a regional body, issued a statement of concern about the deployment of Rwandan troops along Rwanda’s common border with the Democratic Republic of the Congo, expressing the hope that Rwanda will not invade and is not thinking about invading. KPFA’s Ann Garrison has more. 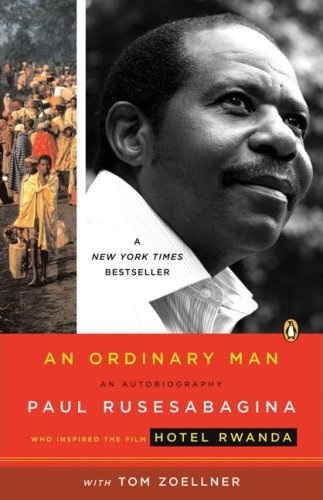 KPFA/Ann Garrison: The Southern African Development Community’s fear of an open cross-border war between Rwanda and the Democratic Republic of the Congo has been in the background throughout the so-called “peace talks” in Kampala, Uganda, between the M23 militia fighting in Congo’s Kivu Provinces and Congo. The talks recently resumed after the Congolese Army, aided by the U.N. Brigade, succeeded in pushing M23 roughly four to five miles back from their positions in North Kivu Province.

However, many say that the talks are just a facade, especially with Uganda acting as a host and mediator, because Uganda and Rwandan forces invaded Congo in 1996, beginning the war and conflict that continues to this day. Here’s Paul Rusesabagina, author of the book “An Ordinary Man,” which became, in its simplest heroic elements, the film “Hotel Rwanda.”

Paul Rusesabagina: Uganda has been accused many times by the international community, including the United Nations and the Congolese government, as one of the perpetrators, with Rwanda, supporting M23. Today, Uganda positions itself as, now, a mediator. How can one, in history, be a perpetrator and a mediator at the same time? Can one be a perpetrator and a judge? It can’t be. So, you can see this is why all that is taking place in Uganda, in Kampala, today is just a kind of facade.

KPFA: That was Paul Rusesabagina on why Uganda is a thoroughly implausible mediator in so-called peace talks between the Democratic Republic of the Congo and Rwanda’s M23 militia. He also said that Rwandan President Paul Kagame had entered the talks just to buy time for his M23 militia to regroup, possibly under a different name.

This is an excerpt from the 2012 report of the U.N. Group of Experts on the Democratic Republic of the Congo regarding Rwandan and Ugandan “support” and even command of M23:

33. Several current and former M23 officers also stated that senior Rwandan officials travelled to the Democratic Republic of the Congo to hold meetings with M23 commanders. Gen. Kayonga has been at least three times to Runyoni to plan operations and reassure the rebels of the full support of the Government of Rwanda. …

2. Support provided by the Government of Uganda to M23

35. While lower in intensity than the involvement of the Government of Rwanda, networks within the Government of Uganda have also supported M23 by facilitating the political and military activities of M23 members while permanently present in Kampala and by providing technical assistance, political advice and military support. Ugandan armed forces commanders sent troops and weapons to reinforce specific M23 operations and assisted in M23 recruitment and weapons procurement efforts in Uganda. Ugandan officials equally endorsed a laissez-faire policy, by which local military and civil authorities were authorized to cooperate with M23 because of their personal ties to the Rwandan armed forces or the rebels. Senior Ugandan armed forces commanders have also cooperated with Gen. Ntaganda and allowed him to visit and acquire a residence in Kampala, in violation of the travel ban and assets freeze. In an official communication with the Committee, lawyers hired by the Government of Rwanda have also cited support for M23 from Ugandan territory (see annex 24 to the present report).