Diaunte Thompson is an up and coming name in the Bay Area film world, not just because of his cinema and television directorial work, but also because of Indie Film Night, which he organized, where the work of independent filmmakers can be profiled and appreciated and filmmakers could network with each other monthly in Oakland. The first Indie Film Night will be Thursday, Sept. 5, at Leige Spirits Lounge, 481 Ninth St., Oakland, from 6-9 p.m. Check this brotha out in his own words …

M.O.I. JR: Can you tell us how you became interested in film? How did you become a filmmaker?

Diaunte Thompson: While most kids were watching cartoons, I was watching HBO and Showtime! I knew by the age of 6 that I wanted to be in the film industry. 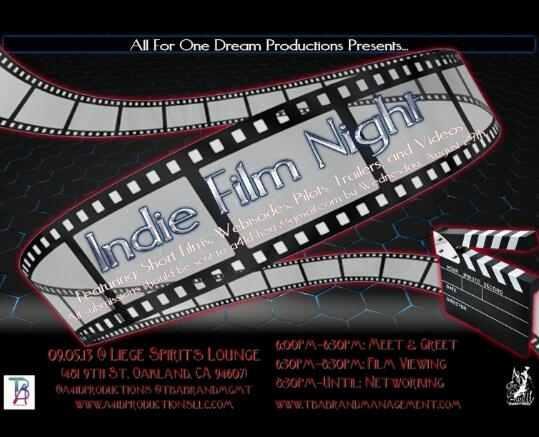 After talking with a good friend of mine, director Trumaine Cox, he told me that I had the potential to make my own visions come to life. He saw what I hadn’t yet seen, and that was my passion and unique talent to direct films. After speaking with him, he transformed my whole way of thinking, and the very next week I enrolled into film school and never looked back.

M.O.I. JR: What are some of the main obstacles facing Bay Area filmmakers?

Diaunte Thompson: I think the main obstacles facing Bay Area filmmakers are not networking with one another and utilizing the resources of the great production crews located here. Another major setback is not being able to secure funding for films, especially for first time film directors.

M.O.I. JR: Can you tell us a little bit about some of the projects that you are working on or have worked on in the recent past?

Diaunte Thompson: Past projects include a short film, “Surviving the Recession,” which I was able to create in film school with no budget, and also a TV show pilot titled “The Industry.” I’m currently working on my first feature film called “A Hundred Blocks,” which I am directing and is written by Arthur Walls. This film is based on true events that occurred in the city of Oakland and we plan to start production in the late spring of 2014. 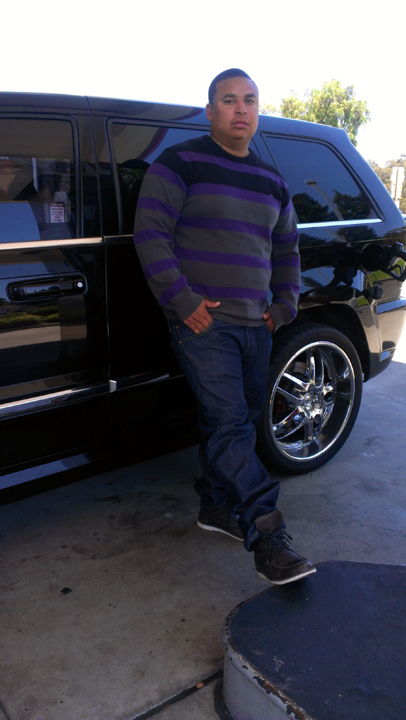 I am also filming a documentary titled “Dedicated Beyond Measure,” which features professional athletes from the Bay Area. We will start production for that in the winter of 2014.

M.O.I. JR: Can you talk a little bit about how you came up with Indie Film Night? What is the plan on Sept. 5?

Diaunte Thompson: I came up with Indie Film Night because I wanted a platform for local Bay Area filmmakers and production crews to showcase their past and present work. Having a networking event so fellow filmmakers can connect and build relationships with one other is crucial to the Bay Area film community. I want all of us to continue to put out quality work right here in the Bay Area just as they would in Hollywood. Indie Film Night is on Sept. 5, 2013, and will be held at Leige Spirits Lounge in Oakland from 6-9 p.m.

M.O.I. JR: What do you hope people get out of Indie Film Night?

Diaunte Thompson: I hope people come to this event to enjoy the art of filmmaking and support their fellow Bay Area artists. There is an abundance of talent out here and it’s my hope to bring all this talent to light so everyone can benefit from it.

M.O.I. JR: Why is the indie film world important in light of the Hollywood film world?

Diaunte Thompson: It’s very important to keep the indie film world alive and thriving because you have more control and ownership to bring your vision to life. Hollywood can be too political at times and it may force you to stray from your creative vision.

Diaunte Thompson: Any business inquiries or if anyone would like to take part in Indie Film Night, please email a41dshorts@gmail.com.