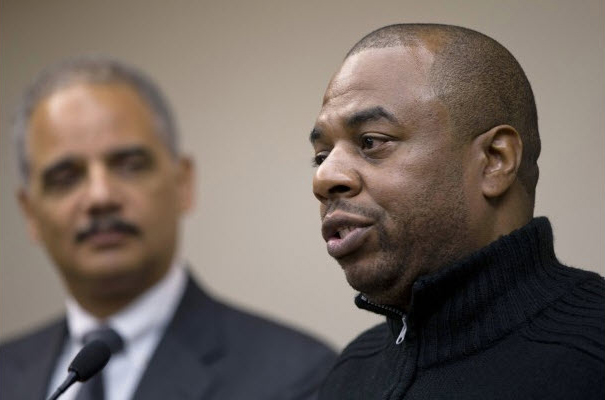 The Sentencing Reform Act of 1984 was a joint product of Congress and the Reagan administration that has systematically caged roughly 219, 200 men and woman within federal prisons across the country, many under the guise of the on-going War on Drugs that Reagan declared in October 1982. Nearly three quarters – 71 percent – of these federal prisoners are racial or ethnic minorities: 40 percent Black, 31 percent Latino. The act, which took effect on Nov. 1, 1987, abolished federal parole and substantially reduced good behavior adjustments, thus covertly reincarnating this country’s wicked and shameful legacy of slavery – now coined the criminal justice system – in its mass incarceration of people of color.

The number of sentenced federal prisoners has exploded by more than 800 percent in the past 26 years. The Bureau of Justice’s records reflect that there were only 21, 539 federal prisoners behind bars back in ’79; then it escalated to 143, 864 in 2004, finally skyrocketing to an astonishing 219, 200, today. The cost to the government and American taxpayers to warehouse this world’s record-setting number of federal prisoners is over $8.2 billion a year.

To alleviate America’s swiftly growing infatuation with incarceration, the Federal Bureau of Prisons has turned to the option of private, for-profit prisons, even after undergoing a nationwide prison-building frenzy in the early-to-mid 2000s.

One of the major factors for such an unprecedented surge in federal convictions is the increased federalization of crime, as the government has expanded its reach and control into areas that has historically rested under state jurisdiction, such as illegal immigration, small-time drug possession cases and firearm violations.

Another reason, amongst many, that is contributing to the federal prison overcrowding crisis is mandatory minimum sentencing. It’s derived from the Anti-Drug Abuse Act of 1986, which required harsh, set-in-stone mandatory sentences for certain offenses.

Anyone convicted under that law has no way out of a mandatory minimum sentence unless he reaches a guilty plea agreement with the U.S. Attorney, the prosecutor. In most cases, that requires “snitching” or what the government calls “cooperating” or providing “substantial assistance” in the prosecution of another person, giving the defendant a strong incentive to lie – implicating others the only means of reducing his own sentence.

There has been recent talk of slowing down the pace of incarceration from U.S. Attorney General Eric Holder, but he had not addressed the issue of federal parole until today, when he told USA Today that “new consideration should be given to the reinstatement of parole for federal offenders to help restore fairness in the criminal justice system and relieve overcrowding in the swelling federal prison system. … Parole, which was abolished for federal offenders convicted after 1987 as part of tough anti-crime measures of the time, ‘ought to be discussed,’ Holder said.”

Only by reducing the amount of time inmates spend behind federal prison bars – by eliminating harsh mandatory minimum sentences and resurrecting federal parole – will much of the unnecessary suffering caused by prison overcrowding and budgetary financial strain be alleviated.

Mass incarceration spreads like cancer, affecting not only those inside the prison houses, but innocent law-abiding citizens too. In any war, there will always be collateral consequences, and the War of Drugs has devastated many poor, disadvantaged neighborhoods, leaving behind children and the elderly, trapped in a prison of poverty.

Congress has not discussed the issue of reinstating federal parole since 2002, when the late Congresswoman Patsy Mink, the first woman of color elected to Congress, introduced a much-needed proposal. Unfortunately, she passed away before mustering enough support to make federal parole a reality again.

Only by reducing the amount of time inmates spend behind federal prison bars – by eliminating harsh mandatory minimum sentences and resurrecting federal parole – will much of the unnecessary suffering caused by prison overcrowding and budgetary financial strain be alleviated.

There is currently a federal parole proposal pending before Congress and President Obama. Your signature as well as your support is needed. Please sign the Resurrect Federal Parole proposal now, at http://www.petition2congress.com/11818/resurrect-parole-federal-prisoners/. 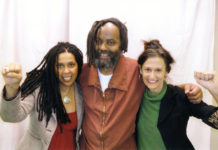 ‘Help bring me home for the holidays,’ a life and death appeal from renowned people’s attorney Lynne Stewart