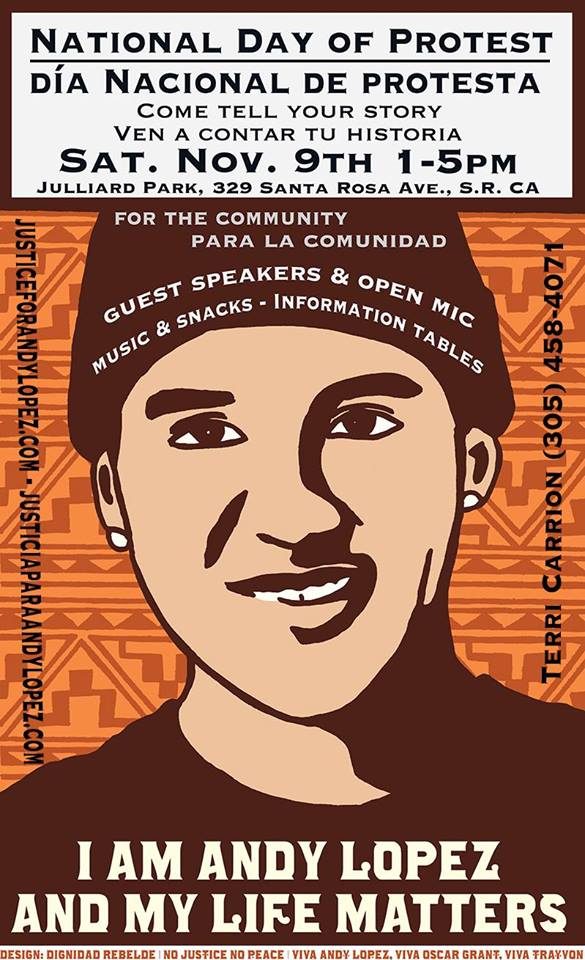 Santa Rosa – Police brutality protests are being held all over California Saturday – including Santa Rosa – to protest the brutal murder Oct. 22 of 13-year-old Andy Lopez by a Santa Rosa sheriff’s deputy and the culture of killings perpetrated by law enforcement against citizens in the state.

The Santa Rosa protest will be held at Santa Rosa’s Juilliard Park, 329-409 Santa Rosa Ave., Saturday, Nov. 9, 1-5 p.m. Other protests are scheduled throughout California, including in Sacramento, Los Angeles, Oakland and Merced.

The event in Santa Rosa will focus on gathering stories and testimonials from the community about police brutality in Sonoma County. We will have a team of volunteers recording stories for a permanent archive.

“We are heartbroken and outraged that Andy Lopez was murdered by Erick Gelhaus of the Sonoma County Sheriff’s Department. We demand police terror on American citizens stop immediately. We demand justice for Andy Lopez, his family and his community,” said Christina Arechiga of the California Statewide Coalition Against Police Brutality, comprised of labor and community groups and families whose loved ones have been killed by police. 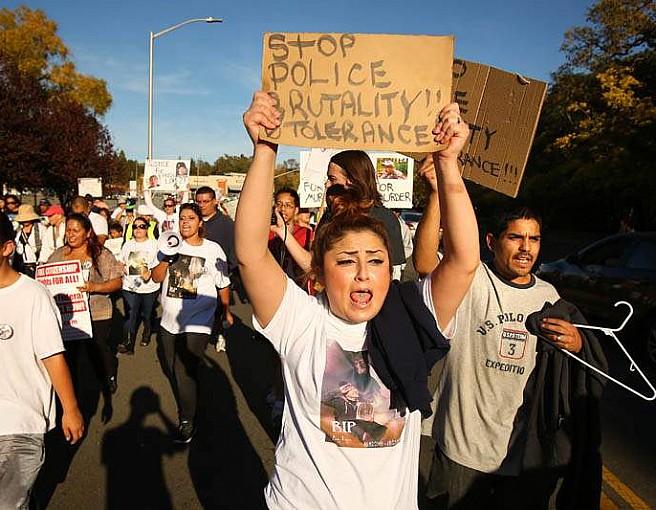 “This behavior by Sonoma County is terrorism. We will not allow blatant murder to happen at the hands of law enforcement. A badge is not a license to kill and it does not grant extra rights. …

“We will not allow this murder to go unanswered for. If an indictment of Penal Code 187, murder, is not filed against Erick Gelhaus, those responsible will answer to the people. We await you doing the right thing,” said the coalition in the letter.

“We are aware that there were witnesses that the police never interviewed, there have been witnesses that have been harassed after speaking to the media and there are other citizens stepping forward about the mental state of Erick Gelhaus. 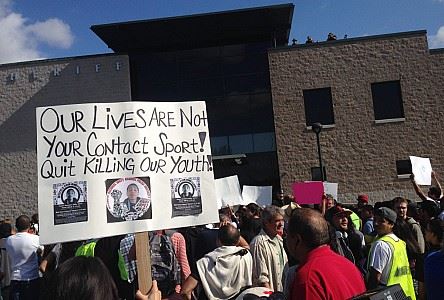 “Additionally, with Erick Gelhaus’ obsession with guns and preparing for ‘war zones,’ we have a plethora of information that suggests that he premeditated killing in the line of duty and knew the importance of being able to ‘articulate’ to his superiors how he felt he was ‘in fear for his life’ in order to get away with murder if need be.

“Andy Lopez was given LESS than 10 seconds to understand what was happening and comply; no reasonable person believes that he was fully aware of the situation. Andy Lopez is dead and we are disgusted at law enforcements tactics of demonizing this boy. He was a boy being a boy, playing with toys, walking in his own neighborhood. Our efforts to protect this child and his family from this slander will not cease,” the letter protested.

The California Statewide Coalition Against Police Brutality can be reached at castatewidecoalition@gmail.com. Visit POOR Magazine/Prensa POBRE at http://www.poormagazine.org. 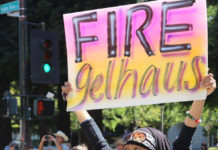 Andy Lopez inspires the people to rise up, to defend! educate! resist! 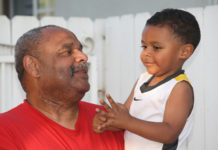 Early childhood education: Look both ways and watch out for the police