Creating jobs six times faster than the overall job market, the solar industry has become a robust engine of job growth, totaling over 119,000 new jobs as reported by the U.S. Bureau of Labor and Statistics. These numbers help to solidify the argument that the investment in solar energy has considerable long-term payoffs and here’s why: Sunlight, the most abundant source of potential energy on the planet, generates enough energy every hour to meet the world’s energy usage for an entire year, according the U.S. Department of Energy. 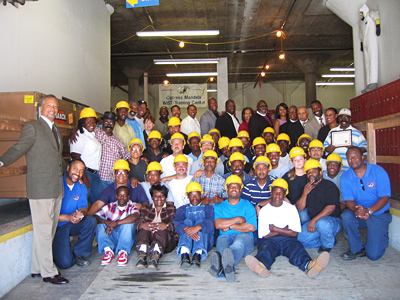 As solar energy becomes more cost-effective and as it expands in usage, there is a growing need for more manufacturing workers to make solar panels, construction workers to build power plants, solar photovoltaic installers to install solar panels and so on. Now more than ever, solar projects are becoming more prevalent in the U.S. and more people are interested in going solar at home and work. Because of a growing interest in renewable energy, the many environmental benefits and the increasingly competitive pricing with fossil fuels, solar energy has become a formidable force for new market contenders.

“Since 2004, the private sector has invested more than $300 billion in the U.S. renewable energy market, and as a result we’ve seen a great increase in job creation, project development and cost reduction,” said Vice Admiral Dennis McGinn, American Council on Renewable Energy. “We need to continue to educate the public, promote stable policies and create additional financing mechanisms for renewable energy to accelerate America’s journey to a more secure and prosperous clean energy future.”

Prompted by constant debate in the development of green communities, efforts to grow the solar market and make solar energy more accessible to all Americans are working. As a result, the solar industry is leading the way in education and job creation to help restore the economy, a much needed avenue for displaced workers who are eager to develop skills and help expand the economy.

Along the avenue of green construction, job seekers may find a long awaited haven. More than one-fourth of the projected fastest growing occupations are related to construction, which include occupations that typically require apprenticeships, projected to grow the fastest at 22.5 percent. These jobs are often introduced through initiatives funded by local and state governments to reach people with a broad range of education and experience levels.

Creating jobs six times faster than the overall job market, the solar industry has become a robust engine of job growth, totaling over 119,000 new jobs as reported by the U.S. Bureau of Labor and Statistics.

Agencies providing grants, financing, tax-credit equity and technical assistance to developers who meet the criteria for affordable housing that promotes health, conserves energy and natural resources, and provides easy access to jobs, schools and services make it possible for many of the construction and trade organizations to provide on-the-job training or apprenticeship programs. As green construction becomes more widespread, new opportunities to enter the market arise.

The top 10 solar states in the country include Arizona, Hawaii, Nevada, New Jersey, New Mexico, California, Delaware, Colorado, Vermont and Massachusetts. One example of investment dollars at work can be found in West Oakland. On a mission to help create avenues for job seekers, the Cypress Mandela Training Center has become a prime recruiting source for the green construction trades industry, consistently producing well-prepared graduates. 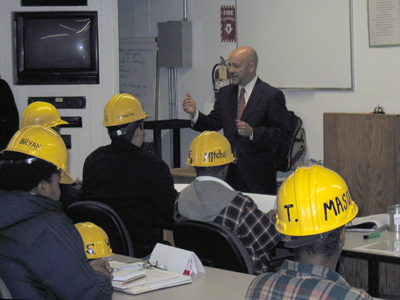 The center is dedicated to improving lives by providing pre-apprentice construction and life skills training. Housed in a 38,000-plus square foot facility at 2229 Poplar St. in West Oakland, the center has been honored for excellence in workforce preparation by the National Association of Counties (1999), has received the Civil Rights Partnership Award from the United States Department of Transportation’s Federal Highway Administration for outstanding efforts in bringing more minorities and women into the construction trades (2000), has received the Comprehensive Apprenticeship Self-Sufficiency Entrepreneurship (CASE) award from the Federal Housing Authority for its unique partnership and training (2004), and the center was also one of three nationwide programs to receive the Exemplary Public Interest Contribution award from the United States Department of Labor’s Office of Federal Contract Compliance Programs in recognition of innovative workplace programs that increase equal employment opportunity in the workforce (2006).

The program will provide case management and support services for both employers and trainees to maximize retention and success. The program places graduates in full time jobs with solar firms and green construction contractors. Wages for starting apprentices in the construction trades range from $15 to $20 per hour.

Cypress Mandela has a long history of close relationships with the Alameda County Building Trades Council, the building trades unions, and developers, general contractors and subcontractors. The Oakland Green Employer Council and PG&E subcontractors will provide other placement, especially those related to solar firms and energy efficiency firms.

The Cypress Mandela program is endorsed by the Alameda County Building Trades Council and works in conjunction with the City of Oakland, the California Department of Transportation (Caltrans), the Environmental Protection Agency, the U.S. Department of Labor and the Peralta Community College District. The program is also supported financially by the Environmental Protection Agency. Over 90 past graduates were hired to work on the Oakland Coliseum Arena project and the Cypress Mandela Freeway Reconstruction project.

Many organizations, both national and local, offer training for green construction trades. The National Center for Construction Education and Research (NCCER), a not-for-profit foundation created to develop standardized construction training programs, has developed a number of green training modules recognized by the U.S. Green Building Council and Green Building Certification Institute. The Laborers’ International Union of North America and the Associated Builders and Contractors (ABC) also have been heavily involved in developing training programs.

Over 90 past graduates were hired to work on the Oakland Coliseum Arena project and the Cypress Mandela Freeway Reconstruction project.

Solar job figures reflect a stronger demand for clean energy generation according to the Energy Department. Independent analysis has shown that investments made by the department’s Office of Energy Efficiency and Renewable Energy have accelerated the growth of the U.S. solar industry, and it is anticipated that this robust growth will continue through 2030.

Margaret Nana Yaa Baker is the executive director of Footprint Capital Research Institute, whose mission is to engage community partners in sustainable projects through renewable energy programs. For information on programs, email footprintinstitute@gmail.com.

Carpenters union drafts model diversity contract but will other construction trades sign on?

AFL-CIO debates ‘Why are no Blacks working?’