On Sept. 13 of 2013, Pacifica Radio Executive Director Summer Reece signed a directive saying that I was banned from KPFA and all Pacifica radio stations across the country, after the conclusion of an “investigation” into racism at the station that my allegations of abuse helped to spur. Now that the ethnic cleansing of the KPFA listening grid has eliminated most broadcasters who will stand up to the abusive, racist authority of the KPFA and Pacifica non-profit administrations, “community” radio in the Bay Area is well on its way to becoming a lily white-left platform with colored faced broadcasters doing the talking. 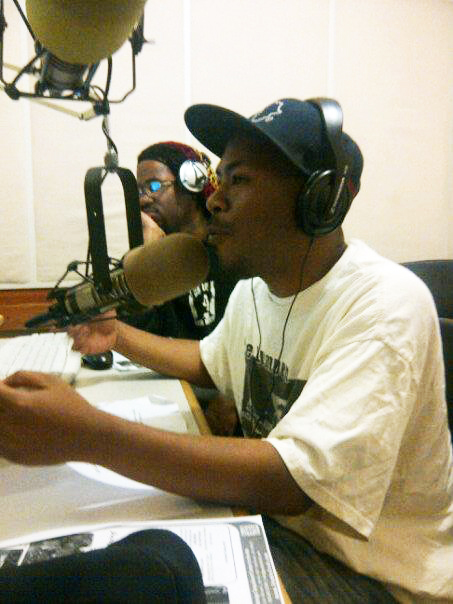 Over the decades, KPFA has been known to cast out non-white broadcasters who don’t tow the white left line, with the careers of Black broadcasters Donald Lacy, Phavia Kujichagulia, Leroy Moore, Kiilu Nyasha, Wanda Sabir, Nadra Foster and others lying on the wayside. I am just one of the more recent victims – or I should say this year’s victim – of racist media.

Since that time, I have been working on transforming the Block Report Radio show into the Block Report Internet Radio Station. Block Report Radio was doing its part in bringing unheard, informed voices from our community to the airwaves, but more needs to be done. So we will be taking it upon ourselves to set up the infrastructure to share these voices on a 24-hour station instead of protesting somebody else’s refusal to share their resources with us.

The only way in which this can be accomplished is if you donate and help us to secure our start-up costs. We need equipment and rent money. We have already secured the broadcasting talent necessary to start a station. They are waiting in the wings. Some of the people who will be affiliated with the station are A-plus of the rap group Hieroglyphics, Jessica Holter of the Punany Poets, Stic of dead prez and Cecil Brown, the scriptwriter of Richard Pryor’s “Which Way Is Up.”

With the Block Report being as controversial and uncompromising as it is, owning and operating our own station is an absolute necessity so that we don’t keep running into forces that want to temper our message. The question is, during this so-called holiday season, are you going to contribute to a healthy media environment for your family and community, or will you just look around and wonder why is everything always messed up? What kind of person are you?

Pacifica selling out to Clear Channel?