Fifty years ago this week, President Lyndon Johnson, lamenting that too many Americans “live on the outskirts of hope,” declared an “unconditional war on poverty in America.” This will not be “a short or easy struggle,” he stated in his State of the Union address to the Congress, “no single weapon or strategy will suffice, but we will not rest until that war is won. The richest nation on earth can afford to win it. We cannot afford to lose it.” 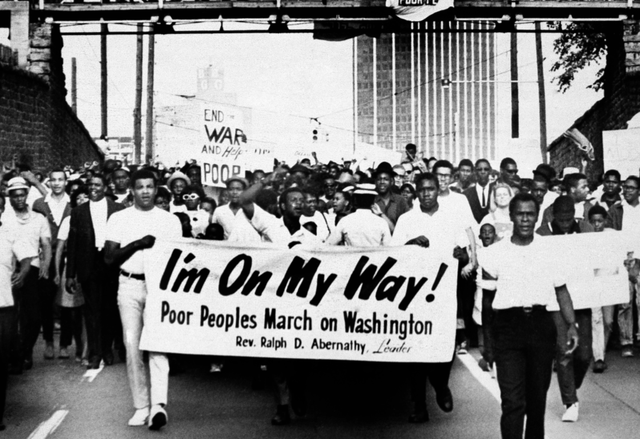 With over 46 million in poverty today, including more than one in five children, Johnson’s promise is mocked by today’s realities.

But in reality, the war on poverty was initially very successful, reducing poverty in the United States by about 30 percent in the five years after Johnson’s speech. Many different strategies were tried and worked.

Giving the poor money directly worked: Expanded Social Security put more money in the pockets of seniors, reducing poverty among the elderly from over 35 percent in 1959 to 25 percent in 1968, to less than 10 percent today. Raising the minimum wage meant that low wage workers could lift their families from poverty.

Fifty years ago this week, President Lyndon Johnson, lamenting that too many Americans “live on the outskirts of hope,” declared an “unconditional war on poverty in America.” With over 46 million in poverty today, including more than one in five children, Johnson’s promise is mocked by today’s realities.

Johnson’s war on poverty wasn’t lost on the mean streets of our cities or in the dark valleys of Appalachia. Its first reverses came in the jungles of Southeast Asia, with the war in Vietnam sapping resources and attention. Its second came in the war of ideas, to the racial and corporate backlash that framed a conservative era.

Washington chose to go another way. The minimum wage lost ground to inflation. Workers’ wages stagnated as multinationals used globalization to drive down wages at home. Racial slurs were used to discredit welfare programs, and support for women and children was dramatically cut back. Taxes were dramatically reduced on corporations and the wealthy, squeezing budgets for affordable housing, Head Start, impoverished schools, advanced training and more.

At the end of last year, Congress not only cut food stamp levels but ended jobless benefits for what will total 4 million workers and their families if the decision is not reversed. America is more unequal than ever and ranks 34 of 35 developed nations (above only Romania) in childhood poverty, according to the most recent United Nations Children’s Fund study. 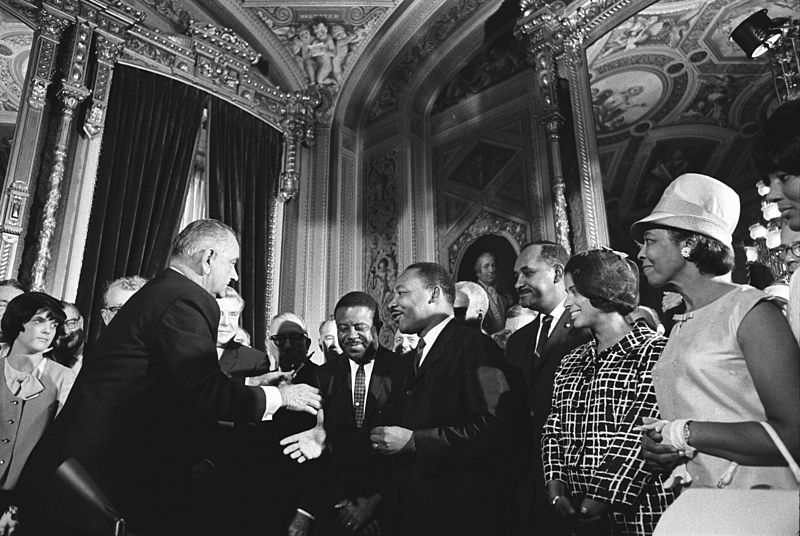 When Johnson announced his war on poverty, America was a middle class nation, a global industrial leader, with a prosperity widely shared. But since the 1980s, productivity and profits have risen, but workers have not shared in the benefits. Good jobs were shipped abroad and replaced by low wage, non-union jobs at home. The minimum wage didn’t keep up with inflation, much less increases in productivity. The gap between the possibilities for poor children of all races and those of the wealthy has been growing for decades.

This was neither inevitable nor an act of God. It was the result of policy choices. Technology did not drive inequality. The powerful rigged the rules to benefit the few and not the many. Conservatives argued that the poor were taxing the middle class too much. In fact, the rich and the corporations cut the deal, and stiffed both the middle class and the poor. Few will admit it, but our leaders chose a society of greater inequality and widespread poverty – and we let them get away with it.

As President Johnson said 50 years ago, we are a rich nation; we can afford to do this. And, we’ve seen that he was also right when he said we can’t afford not to.

Johnson’s agenda still makes sense. Expand Social Security and Medicare to eradicate poverty among the elderly. Raise the minimum wage and empower workers to capture a fair share of the increase in productivity and profits they help to produce. Balance our trade so we make things in America once more.

Invest in infant nutrition and early childhood education, and make poor schools the equal of those in more affluent neighborhoods. Target jobs programs for the young and for areas of significant poverty from rural Appalachia to our urban barrios. Guarantee affordable health care for all so that illness does not drive families into bankruptcy and poverty.

As President Johnson said 50 years ago, we are a rich nation; we can afford to do this. And, we’ve seen that he was also right when he said we can’t afford not to.

Too many still live on the outskirts of hope

by Congressional Black Caucus Chair Marcia L. Fudge on the 50th anniversary of Lyndon Johnson’s declaration of the ‘War on Poverty’

Thank you to my colleague Congresswoman Barbara Lee for her leadership on ensuring we never forget the millions of Americans living in poverty.

Fifty years ago, President Johnson declared America’s “War on Poverty.” Yet too many are still living on the outskirts of hope. We are once again coming to ask America to be true to the promissory note that it signed years ago.

While the programs created in the last 50 years have kept millions of Americans from sinking deeper into poverty, we must do more, not less – as my Republican colleagues have suggested.

While the programs created in the last 50 years have kept millions of Americans from sinking deeper into poverty, we must do more, not less – as my Republican colleagues have suggested.

This requires us to target resources to programs in poverty-stricken communities; it requires us to maintain unemployment insurance for the millions of Americans who are among the long-term unemployed; it requires us to reject $40 billion in cuts to nutrition assistance that helps feed hungry families. 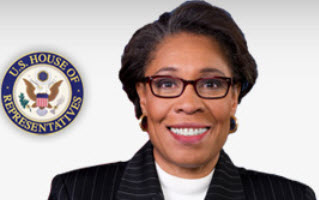 We must remove obstacles for students who are trying to access and complete higher education, such as the new definition of adverse credit keeping thousands of college students out of school.

We must take a closer, more critical look at policies that contribute to the growing income gap between the very wealthy and the rest of us.

We must continue the fight championed by President Johnson that would ensure all Americans can support themselves and their families, and have the opportunity to contribute to our economy and to our society. This is how we build upon the progress that has been made over the past five decades, instead of taking action to reverse it.

I would also like to note that Dr. Martin Luther King’s final message was that ending poverty was a civil rights battle. That message still rings true.

The Congressional Black Caucus shall not rest until the war on poverty is won.

Learn more at the websites of Congresswoman Marcia L. Fudge and the Congressional Black Caucus.