On June 24, 2103, an SUV pulled up near a Muni shelter at West Point Road and Middle Point Road in Hunters Point. According to video images later collected by the police, someone got out of the vehicle and, standing near the rear of it, fired 23 shots with a 9 millimeter gun into the shelter, killing Jaquan Rice, 19, and injuring his 17-year-old girlfriend. 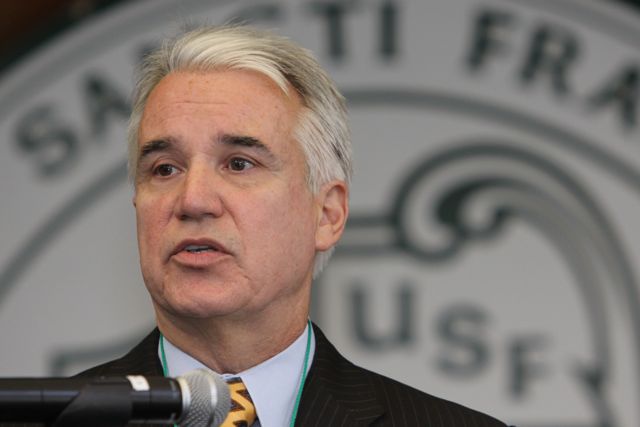 The shooting may have been gang-related, although police still aren’t sure of a motive. But they’re convinced that Derrick Hunter, 19, and a 14-year-old we’ll call Q were in the car, and they, along with Lee Sullivan, 22, are charged with murder, conspiracy and a series of related felonies.

And despite what can only be called shaky evidence, presented by two homicide officers whose actions were unorthodox and whose accounts were sometimes contradictory and often strained credulity, Judge Andrew Cheng ruled Jan. 3 that Q should be held for trial – as an adult.

That’s right: In San Francisco, where the district attorney claims to be a progressive, seeking humane approaches to criminal justice, a 14-year-old boy is facing hard time – as an adult.

“I don’t think that’s ever happened in San Francisco,” public defender Jeff Adachi told me. “At the very least, it’s extremely rare. And it’s outrageous that this child would be tried as an adult.”

I haven’t heard back from District Attorney George Gascon. Adachi told me that Gascon had promised the young man would be moved to juvenile court after a preliminary hearing, and maybe he will.

But I sat through the preliminary hearing, and Deputy DA Sarah Hawkins wasn’t talking about sending the child to juvenile court, where he would be part of a very different criminal justice system. She was busy introducing evidence that Q was old enough to be tried as an adult. 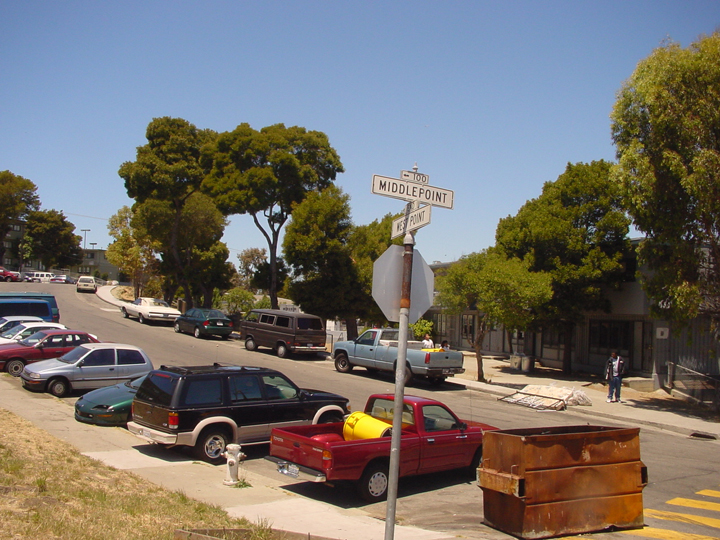 And Rebecca Young, Q’s attorney, told me that the DA’s office would only consider moving this case to juvenile court if Q would agree to plead guilty.

(I am following what used to be considered standard journalistic practice, and not naming a juvenile in a criminal case. Other news outlets don’t seem to care about that any more. I still do.)

Derrick Hunter and Lee Sullivan weren’t in the courtroom when the charges against Q were presented. Both have been indicted by a grand jury – another route to bringing a case to trial.

A preliminary hearing isn’t a trial – there’s no jury, and the judge doesn’t determine guilt or innocence. The standards of evidence are looser. In the end, the judge determines whether the charges should be dismissed or whether there’s enough evidence to send the case to trial. The rules are very favorable to the prosecution.

Still, the evidence presented at the hearing cast a tremendous amount of doubt on whether Q was involved in the crime.

On the afternoon of the shooting, two young girls – we will call them Y and E – were in a bedroom overlooking the intersection of West Point and Middle Point, watching movies. They were, according to police testimony, some 50 feet away. Neither of the juvenile witnesses testified at the preliminary hearing, and they didn’t have to: Their statements, and the statements of the officers who talked to them, fit the criteria for evidence in a preliminary hearing.

According to the evidence presented by the prosecution, the two girls identified Q as a shooter. One said he was firing from the open driver’s side window, and that someone was shouting “mob, mob, mob,” an apparent reference to a Hunters Point gang. 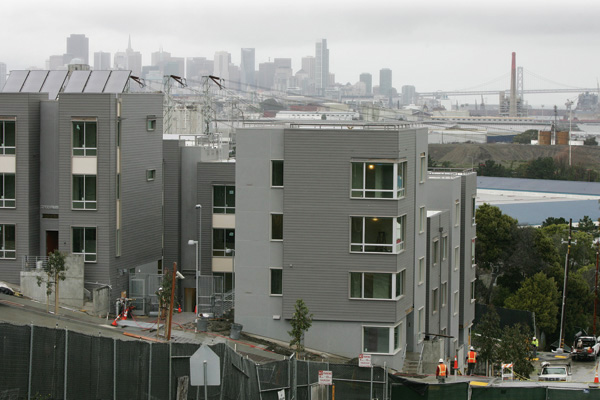 The vehicle had been rented by Renesha Lee, who, testimony indicated, was dating Sullivan. She was found in the van several blocks away a few minutes after the shooting.

Lee spoke to the police at least seven times – and every time, her story was different. She said she’d loaned the car to someone named “Man Man.” Later she said she loaned it to a guy named “Smooth.” She didn’t admit for a long time that Sullivan, her boyfriend, was among those who borrowed the vehicle.

And before she fingered Q and Derrick Hunter, the police offered her immunity from any prosecution: Young noted that, in a statement, Lee said that the cops had told her they “didn’t care if she shot the Pope” – they weren’t going to charge her with anything.

Neither of the two girls gave a positive identification of Q when first asked. E said, when shown a photo lineup, that Q “looked like” the shooter, but she also said he was firing from the driver’s seat – odd, since the young man has never learned to drive. And video evidence clearly shows the shots coming from outside the vehicle.

Y at first ducked down when she heard the gunshots, and if she got a look at the shooter when she later went to the window, it was only for a brief moment, the testimony showed.

But in a remarkable situation that defies normal police procedure, the two witnesses were left alone in a room at the Hall of Justice before their interrogation – and Sgt. John Burke somehow left his notepad, with Q’s name on it, in the room with them when he walked away.

Under questioning by Young, Burke at first said he couldn’t recall what happened with his pad. But Young produced video taken in the interrogation room that showed Burke leaving the notes on the table – and Y picking them up and reading them, and whispering to E that “his name is Q.”

Although the homicide investigators said that the girls had identified the suspect, Young went through the transcripts and showed that, at best, they had “glanced” at someone – and got the details all wrong. The killer clearly wasn’t firing from the driver’s seat. “We know they didn’t see the shooting,” Young argued. The girls described, for example, the shooter wearing a brown and black sweatshirt – “and nobody else saw that.”

They said nobody jumped out of the car, that the shots were fired from inside – but a video shot from a nearby camera clearly showed the killer outside the van. “The shell casings are all in one area,” Young noted – and that area is consistent with a shooter standing behind the vehicle. 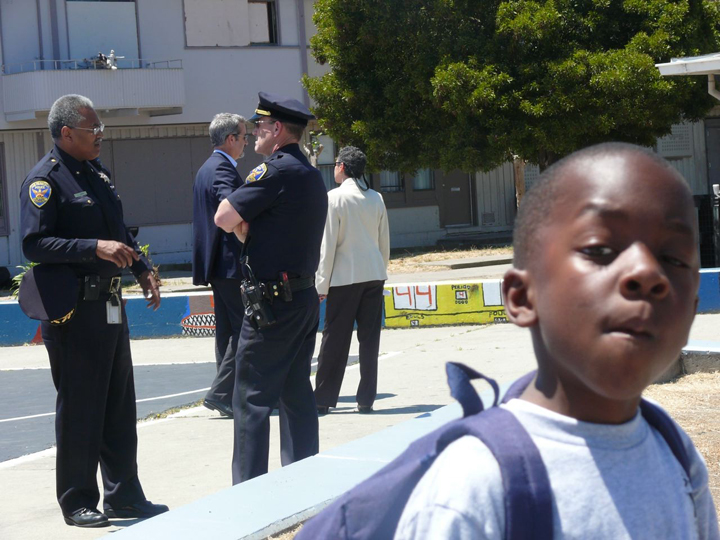 Hawkins presented very little in the way of a rebuttal to that evidence, arguing, in effect, that the two officers were seasoned professionals whose word should be believed.

Young – an experienced defense lawyer who has seen it all in court – seemed astonished that a judge could take this case seriously. “Does anybody care about the Constitution and the protection of minors?” she asked. “It’s as if nothing matters except the outcome and the goal [of the prosecution]. If we don’t respect our process, we might as well just move this operation to Iran.”

There were other anomalies: Hawkins failed during the evidentiary part of the case to introduce a birth certificate showing that Q was in fact 14 and could be tried as an adult. But on the morning when final arguments were to be presented, she asked the judge to accept that new evidence “as a housekeeping matter.”

Young objected, saying she hadn’t been given any notice that this new evidence would be entered after that phase of the case was closed. “I know for a fact that there are at least two birth certificates” for Q, she said.

Judge Cheng ignored that objection and allowed the birth certificate – a critical piece of evidence, since if Q wasn’t yet 14 at the time of the crime, he by law would be treated as a juvenile – entered into the case file.

“Does anybody care about the Constitution and the protection of minors?” she asked. “It’s as if nothing matters except the outcome and the goal [of the prosecution].

Young noted: “The DA seems to believe that the evidence doesn’t have to be credible, that cops can lie, that we can call critical allegations ‘housekeeping’ matters.”

I called and emailed Gascon’s media people, and nobody got back to me by the time I was ready to post this story.

“The DA seems to believe that the evidence doesn’t have to be credible, that cops can lie, that we can call critical allegations ‘housekeeping’ matters.”

Kids are not adults

There are good reasons why 14-year-olds typically aren’t tried as adults. State Sen. Leland Yee, a child psychologist, has introduced a number of bills limiting sentences for juveniles, noting: “Children have an extraordinary capacity for rehabilitation. The neuroscience is clear; brain maturation continues well through adolescence and thus impulse control, planning and critical thinking skills are still not yet fully developed.”

Assemblymember Tom Ammiano, who chairs the Public Safety Committee, told me that the Legislature has pushed to limit the ability of prosecutors to charge people as young as 14 as adults. “They can legally do it, but we’ve tried to say you shouldn’t do it,” he said. 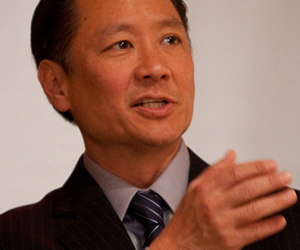 It’s not as if the young man would get off easy – under state law, a juvenile can be held for a serious crime until he’s 23. That would be a sentence of more than eight years for a teenager who, by all the latest scientific thinking, has nowhere near the mental and emotional capacity of an adult.

I spoke to his mother, Leona Hunter, and she told me her son had a 3.0 average – in middle school. He has never seen a high school. He was arrested in June, shortly after finishing eighth grade, and has been incarcerated since.

“He really liked to fix up bicycles,” she said. “He would make bikes and give them to other people.”

I wasn’t on the scene when the murder happened. I wasn’t in the van, and I have nothing to go on except what I heard in court. But it seems pretty clear that the police did some very funky stuff to get the case this far, that the judge and the DA allowed some very dubious testimony to influence their decisions – and that, whatever Q did, he doesn’t belong in an adult prison for the rest of his life.

“He has no felony priors,” Young told me. “He has no record that would justify this. I have to say, I think that race was a factor here.

“I hope that I never have to see a prosecution like this again in the City and County of San Francisco.”

“He has no felony priors,” Young told me. “He has no record that would justify this. I have to say, I think that race was a factor here.

Tim Redmond, long time editor of the San Francisco Bay Guardian, is now writing from his own independent site, 48 Hills: The Secrets of San Francisco, where this story first appeared.