I’m writing to express what I believe to be fraud by The John Stewart Co., which manages the Costello Realty where I lived for 26 years. I was evicted for having a care provider in my home.

My two sons’ names were illegally removed from the lease in order to force me to downsize to a one bedroom. I was very ill at the time and had to have a care provider, Leslie Dupree. I was then given an eviction notice because of my care provider, but only after the San Francisco Health Department had been to my apartment after the ceiling collapsed and discovered that it was uninhabitable due to the presence of 20.6 parts of live asbestos, nearly seven times the legal level.

If The John Stewart Co. had maintained King-Garvey properly, my ceiling would not have collapsed, exposing me and my neighbors to asbestos.

My care provider and I were then relocated to a hotel until the asbestos could be removed. About two weeks later, when I returned home, I received an eviction notice for fraud for having my care provider in my apartment without her name being added to the lease. I called the Human Rights Commission staff handling housing and public accommodation complaints and they informed me that I could have my caretaker in the home with me until my doctor released me from needing her assistance. 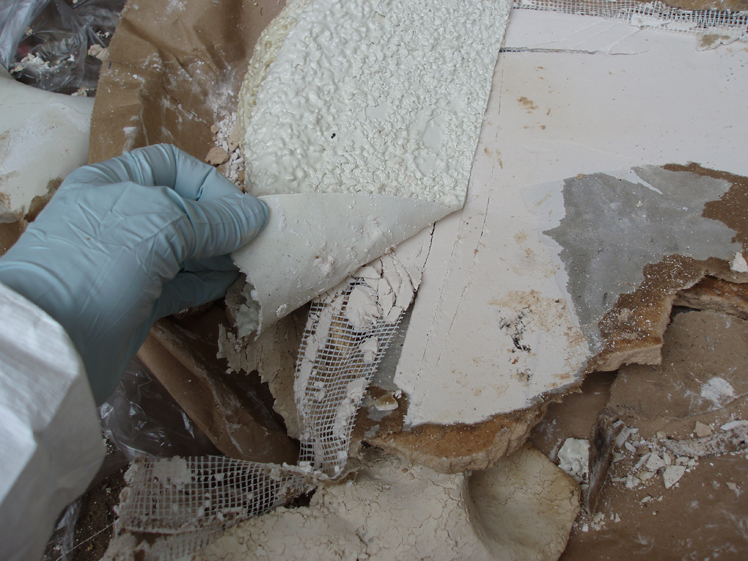 At the time, I was so ill I could not be released, having had the first of many breast cancer surgeries, which all started while I was still living at King-Garvey, at 1625 Eddy St., Apartment 411. During that time, I could not take care of myself or my children, so they were living with my sister until I was well enough to care for them at home.

Anna Lokshina, King-Garvey property site manager, told Lupe Arreola of the Human Rights Commission and David Russo, the building inspector who discovered the asbestos contamination, and myself that I could have Leslie in my home until I was able to take care of myself. But, once the news broke that my apartment was contaminated, the only way to get me out was to make an issue of my care provider residing in the apartment.

I filed complaints with HUD’s fraud department in Washington and here in San Francisco on Harrison Street. I never received any response from the Washington or San Francisco HUD offices, but when I went back to see Mrs. Angela M. Corcoran, operations director of HUD, I was told that once an eviction notice had been given, there was nothing they (HUD) could do.

However, I had filed a complaint with HUD long before the eviction process was initiated, and to no avail; no one responded. I was only the first of many King-Garvey residents to be evicted.

Since the property has been refurbished, the John Stewart Co. only wants tenants who can pay market rent in the three- and four-bedroom apartments. I recently attended a meeting regarding the fraud, at Third Baptist Church, and John Stewart himself along with a court stenographer and Dee Schnexnayder, manager of Public Housing Excellence Initiatives were present.

To demand a thorough investigation of the fraud at King-Garvey, call HUD Operations Director Angela M. Corcoran (415) 489-6400; her office is responsible, according to the Washington, D.C., office of the HUD Inspector General.

When I asked a question, Barbara Johnson, property manager for The John Stewart Company, retorted that I had been evicted and therefore questioned my presence at the meeting, implying a lack of importance and breeching confidentiality in front of everyone present. I would like to have this matter investigated as soon as possible and think it’s important for people to know what’s going on.

Over the past 15 years, six of my neighbors at King-Garvey have died of cancer, most recently my friend, Sharon Jones, who fought to keep the complex a co-op controlled by the residents and to stop the mass evictions now occurring. If The John Stewart Co. had maintained King-Garvey properly, my ceiling would not have collapsed, exposing me and my neighbors to asbestos.

To demand a thorough investigation of the fraud at King-Garvey, a complex of 211 apartments where I lived from the age of 18 to 44 among a strong, cohesive and supportive community, I’m asking all who read this to call HUD Operations Director Angela M. Corcoran; her office is responsible, according to the Washington, D.C., office of the HUD Inspector General. Call (415) 489-6400 and ask for Mrs. Corcoran.

Brenda Davis can be reached at Brenda.Davis563@yahoo.com.