Oakland – Final passage of the $956 billion farm bill received bipartisan support in the Senate on Feb. 4, and soon after President Barack Obama signed the bill into law.

Passage of the bill includes massive cuts to the food stamp program – Supplemental Nutrition Assistance Program, or SNAP – that will affect around 47 million people living in poverty all across the nation. Food stamp recipients will receive an average of $90 less per month when the cuts take effect, and in California alone some 700,000 people in poverty will see their benefits shrink. 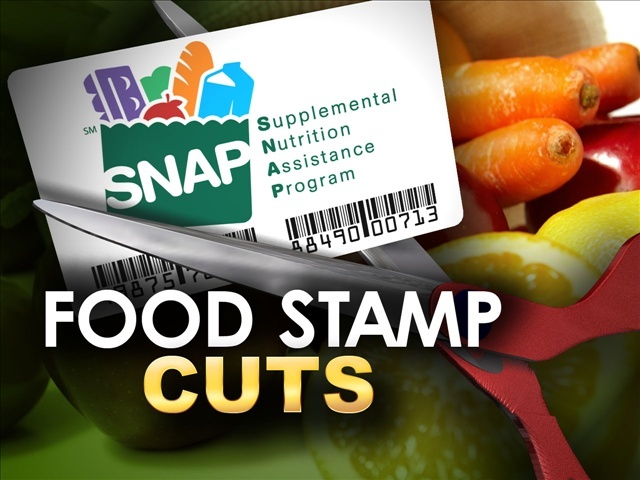 President Barack Obama and the Democrats’ major focus on inequality during the recent State of the Union address is short lived – and laughable. Especially when considering that within a week of the address the Democrats happily joined the Republicans in passing this huge farm bill that bludgeons the food stamp program, while at the same time locking in massive subsidies for wealthy corporate farmers in perpetuity.

This is extremely bad news for poor people in Oakland who are already trying to figure out where their next meal is coming from. Based on the latest census report, Oakland has the highest poverty rate for children in the Bay Area, with more than 27 percent of all Bay Area children residing in households earning less than $23,000 annually. With nearly $11 billion in cuts to the food stamp program already in the pipeline, the additional $8.7 billion in cuts to the program during the next decade will make life very difficult for people living in poverty.

The five-year farm bill, known as the Agriculture Act of 2014, which passed the House and the Senate with bipartisan support, says, “No funds authorized to be appropriated under this Act shall be used by the Secretary of Agriculture for recruitment activities designed to persuade an individual to apply for supplemental nutrition assistance program benefits (food stamps).”

Imagine that. During an enlightened age, when Viagra is being advertised from here to hell on prime time TV for all of those poor men who are having trouble getting an erection, the honorable members of Congress decided to pass new legislation that forbids the Department of Agriculture from using advertisements any more to advise poor people that they may be eligible to join the food stamp program.

Sen. Dick Durbin, D-Illinois, who believes that many poor people receiving benefits from the food stamp program may be involved in fraud, said, “We think we have tightened it up so it will not affect the payments to those who are truly eligible and those who need the help, and yet it will make sure the taxpayers are treated fairly as well.”

Debbie Stabenow, D-Michigan, a principal negotiator of the bill who also chairs the Senate Agriculture Committee, said: “This is a new kind of farm bill designed to meet new challenges of a changing world. We are also making major reforms, eliminating unnecessary and unjustified programs to cut government spending and to increase the integrity of farm programs.”

People in the East Bay are already speaking up in support of those living in poverty and are in total disagreement with what many of the Democrats have to say.

Eleanor Walden, a former Berkeley Rent Board commissioner, said: “This is absolutely deplorable. When I was younger, very poor and was raising my family, the food stamp program was the only program available that made it possible to feed my family.”

Lydia Gans, a founding member of East Bay Food Not Bombs, said: “We have to do something about this. We have already seen more and more people coming to our meals because of food insecurity. Many of the people we serve are homeless veterans, and clearly many of them are not receiving the services they need. The cuts to the food stamp program are only going to make matters worse for everyone living in poverty.”

People in the East Bay are already speaking up in support of those living in poverty and are in total disagreement with what many of the Democrats have to say.

According to Gans, Food Not Bombs serves food to around 100 people a day in the East Bay five days a week, and serves nearly as many people on Sundays.

Lori Kossowsky said: “I used food stamps a very long time ago when I got out of college and was in an internship. I had help staying in a house, thanks to a friend of mine, but I did not have any food to eat during the internship. The food stamp program helped keep me alive until I could eventually find some work.”

A major split in the progressive community occurred recently in the battle over food stamps when the Center on Budget and Policy Priorities (CBPP), a left wing policy group, supported the Democrats who are in favor of the massive cuts to the food stamp program. Last year the same kind of split occurred in the progressive community when CBPP and other so-called left wing groups supported rental reforms and benefit cuts to poor people in the nation’s federal housing programs.