In the year 2014, as we recognize this as the centennial year of the Jamaican, Caribbean born Honorable Marcus Mosiah Garvey’s (born Aug. 17, 1887, died June 10, 1940) founding of the Universal Negro Improvement Association and African Communities League in 1914, Pan Africanists need to hold conferences to discuss the conditions of over 1,200,000,000 Africans and people of African descent. 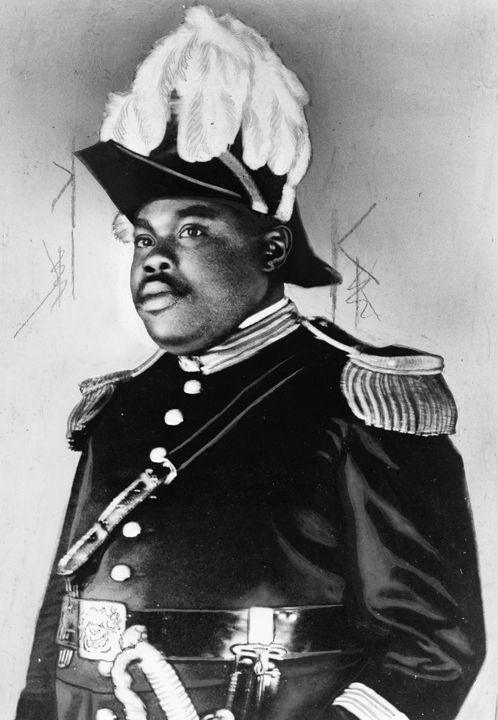 We need to be discussing what leaders are proposing to save our race, and especially the goals of the African Union (AU) to work with the African Diaspora. We need to look at what a Pan Africanist like Marcus Garvey’s thoughts were on the role of Africans at home and abroad in the development and protection of Africa.

In learning of United States President Barack Obama’s plans to invite African leaders to a U.S.-Africa economic summit on Aug. 5-6 of 2014, I hope it does not resemble the “scramble for Africa” that kicked off with the Berlin Conference of 1884-1885, where America with 14 other nations sat down for three months and carved up and parceled out African territory.

Obama, an African, has proposed this invitation to the heads of state that seems innocent enough. However, we should consider that big business and the bankers may attempt to weaken the AU and to prevent the AU from becoming a political power that will pursue social justice on the continent of Africa and unity with the African Diaspora.

The rich do not want social programs to bring about fair wages for labor and equality in Africa but would be happy to see African citizens and the African Diaspora disappointed in the AU. The corporations could then use the media of the West to talk about corruption among the members in the AU, highlighting any failures of the AU, and then broadcast that to the masses to promote distrust by Africans abroad and discord, riots and rebellions at home.

Where there is no corruption, the United States can use its intelligence gathering capabilities (spying), from inside the hotel rooms of African leaders after they send the prostitutes in, to offering the leaders drugs, money, jewelry and gun deals while they record the Africans accepting these offers with the understanding that nobody will ever know. Then they can blackmail these leaders by threatening to expose these activities if the leaders don’t submit to the U.S. request.

A statement from the White House reads that the trip would “advance the administration’s focus on trade and investment in Africa and highlight America’s commitment to Africa’s security, its democratic development and its people.” Doesn’t it make you wonder that if the United States is $17 trillion in debt, corrupt and is ranked 20th in educational achievement, then what will the U.S. have to offer African leaders? Guns!

The military complex and the banks will certainly want to sell to Africa and are not above creating discontent and rebellion in African nations in the name of promoting democracy. Research shows that the U.S. sells over $11 billion in guns annually. 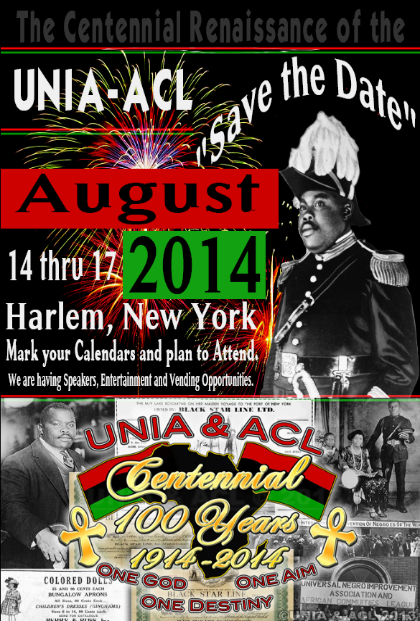 Will President Obama set up a trade show, where his gun dealers can be paraded in front of these proposed 47 African leaders with promises of jets, drones, explosive mines and automatic weapons? If Africans got a billion dollars in weapons, who would they kill?

Perhaps the U.S. wants African support in fighting Arab and Islamic extremists in Northern Africa? The military industrial complex can sell guns to the Africans and to the Islamic extremists, jihadists or whoever is willing to kill somebody, as long as they buy U.S. manufactured weapons to do it. Are the Africans also willing to be spied on, so that none of Africa’s citizens can make a phone call, turn on a computer or cash a check at the bank without being listened to, watched and recorded?

The bankers want to influence the way the AU goes forward, from its elections and who gets elected to its policies, hoping to gain a monopoly of economic relationships that replaces the Asians, like China, Korea and Japan – and maybe even France. Then bankers can play the game of gambling “three-card molly,” where they hide the pea that the Africans will never find.

Maybe they want the Africans to play a game of dice, where the bankers use loaded dice. It is hard for Africans to trust America, because America has moved so far to the right that they are tearing down their own programs for social justice, employment, aid to the poor and will expect the AU members to follow suit and eliminate all social programs in their countries for “30 pieces of silver.”

When the masses protest and riot for the lack of bread, the AU members will have to put the rioters down and then, literally, the cavalry (U.S. Army) will come in with guns for the rebels, claiming the government is oppressing the people. While Africans kill each other, the U.S. companies can quietly, at night under candle lights – during civil wars, the electrical grids are knocked out – mine the ore, put it on trains, then on ships and sail it to a safe place for manufacturing.

Maybe President Obama has more than just a plan to rape Africa of its resources for greedy business men but also has a view of Africa as a toilet for U.S. corporations to dump their hazardous and nuclear waste, the by-products of nuclear power generation. While Americans keep pressure on corporations through the regulation of government agencies to safely store this waste, AU members may be forced to accept this radioactive material without question.

Maybe he can open up Africa for U.S. oil companies to use more of the hydraulic fracturing technology that the energy industry uses to expand natural gas production that has often contaminated drinking water with some carcinogenic. 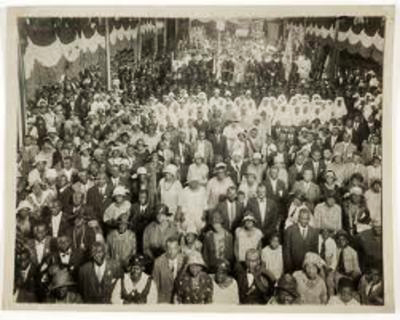 If the Africans at home and abroad are to show that they love Africa and are worthy of dual citizenship, they must see all the diabolical plots to destroy our motherland. In a few years, when the African Diaspora decides to return home to live or work, to escape this unemployment, racial profiling and mass incarceration of millions, which is a modified form of slavery in America, Africa could become uninhabitable.

While our cousins are coming in from Africa to meet with Obama, will they stop and visit with us who are here in America? Since Zbigniew Brzezinski’s “National Security Council Memorandum 46” of March 17, 1978, that sought to prevent African Americans from working with “radical” African leaders, there remains only a slim possibility that any African leaders will meet with Garveyites, Black Nationalists and other Pan-Africanists.

Likewise, the U.S. will invite 47 African leaders who are part of the AU but will not let the Honorable Robert Mugabe, the president of Zimbabwe, to attend. If the members of the AU accept this invitation that excludes President Mugabe, they will tell the world that their leaders can be picked off one by one.

If these African leaders don’t make it a point that they want the African Diaspora to attend this summit and meet with them while they are here, then this also sends a message – that the unity they have said they wanted with us has to be questioned. AU members must never forget that white supremacy never wants Africans in America to unite with Africans from the continent for fear that African Americans, once informed of how their government was performing in Africa, might attempt to influence America’s African policy, such as our fight for sanctions against South Africa during apartheid, where the U.S. had over 500 companies operating in that country.

When the African Diaspora decides to return home to live or work, to escape this unemployment, racial profiling and mass incarceration of millions, which is a modified form of slavery in America, Africa could become uninhabitable.

At the same time white supremacy does not want African leaders to speak out about the injustices practiced on African Americans in this country either. The FBI used the Counter Intelligence Program (COINTELPRO) tactics “to expose, disrupt, misdirect, discredit, or otherwise neutralize” Black nationalists, to prevent them from uniting and gaining respectability, and the National Security Council prevented African leaders from uniting with African American leaders.

Finally, while we dare not try to dictate to African heads of state what they should or should not do, we want them to know that we would like to work with Africans on the continent. However, we are clear that the U.S. certainly would not like African Americans, although millions of us are living below the poverty line, linking up with continental African business men and women or government officials to discuss how African Americans could become the brokers for Africa’s resources, such as diamonds, gold, tin, copper, chrome, silver, nickel, platinum – eradicating our poverty.

White supremacy never wants Africans in America to unite with Africans from the continent for fear that African Americans, once informed of how their government was performing in Africa, might attempt to influence America’s African policy.

The U.S. is moving towards more privatization and would like Africa to do likewise, in the mining, fishing, agriculture and education areas. The African Americans as well as the people of the African Diaspora in England, France, Spain, Germany, Italy etc. better have their own summits, regardless of what the U.S. president is planning.

White supremacy does not want African leaders to speak out about the injustices practiced on African Americans in this country either.

The Diaspora must be willing to discuss our own African policy before we end up with Africa re-colonized by the West and East. There are over 400,000,000 people of African descent in Europe, South America, Central America, Asia, Australia, North America and the Caribbean, and if there ever is to be a time for them to come together, the time is now. If the AU members are coming to the United States, then this becomes a splendid opportunity to show the world how they feel about Africa’s scattered sons and daughters in the Diaspora and for the Diaspora to show African leaders we are ready to unite.