A landmark ruling for our comrades in the Marikana Land Occupation in Cape Town issued March 20 will help us and shack dwellers all over South Africa to stop the municipalities’ relentless demolitions of poor people’s homes. These demolitions are unconstitutional, illegal and often violent. 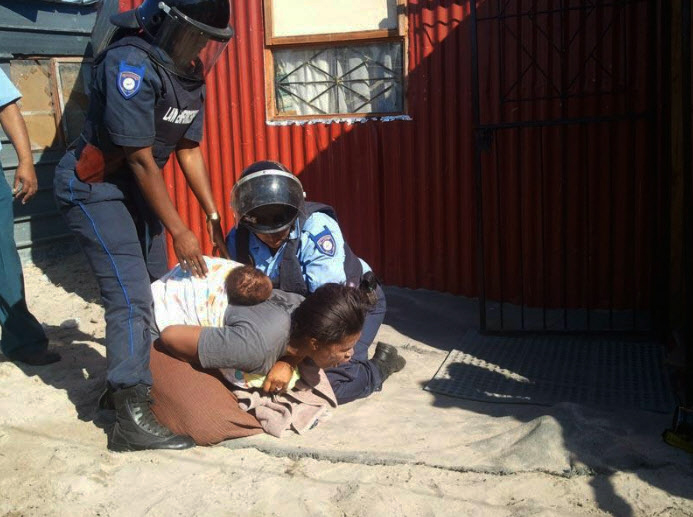 We are living in the most challenging times, where municipalities misuse their powers, as they have done when demolishing people’s homes in Marikana settlement in Cape Town on April 28 and May 2, 2013. It becomes worrying because when this happens, us poor people have nowhere else to go. Our structures, which are our only homes and source of comfort, security, happiness and access to the cities, are destroyed by the municipalities.

After months of demolitions and resistance in Marikana since May last year, residents found some peace in their settlement. But then the torture began again on Jan. 7 this year. The municipality’s Anti-Land Invasion Unit (ALIU) demolished peoples’ homes again, leaving them homeless and without an alternative accommodation.

However Abahlali baseMarikana were strong in their struggle and they were aware of their rights. Their attempts to rebuild were rebuffed the following day when the ALIU demolished their homes once again. But this time they took the city to court. They approached the Legal Resources Centre (LRC) in Cape Town and, with the support of the LRC, they managed to challenge the City of Cape Town in the High Court.

Today a landmark judgment has been set by the court. We were very happy and excited with Judge Gamble’s progressive order requiring that the City of Cape Town not only stop destroying people’s homes but that they must actually rebuild the homes they destroyed on the 7th and 8th of January.

Judge Gamble remarked: “The city’s operation seems to have been somewhat haphazard in that the evidence suggests both confusion and a degree of arbitrariness in the selection of targeted structures.” He also made it clear that the city’s actions were “unconstitutional and unlawful” because, while the city accepted that “all of the structures demolished over the two days in question where complete” and had therefore been occupied, they still demolished the homes.

We were very happy and excited with Judge Gamble’s progressive order requiring that the City of Cape Town not only stop destroying people’s homes but that they must actually rebuild the homes they destroyed on the 7th and 8th of January.

According to the ruling, no municipality has the right to decide what counts as a home. Only the courts can do that.

The judgment, noting our rights as per the Constitution, was a big victory for all of us. We have said for a long time the municipality in Cape Town is violating the law and the Constitution. Today the court vindicated this position.

This ruling will not only help the residents of Marikana in Cape Town but will also help the Marikana Land Occupation in Durban and help to protect thousands of shack dwellers throughout the country who have been forced to endure the violence and oppression of Anti-Land Invasion Units which rob us of our right to dignity.

This ruling will help to protect thousands of shack dwellers throughout the country who have been forced to endure the violence and oppression of Anti-Land Invasion Units which rob us of our right to dignity. 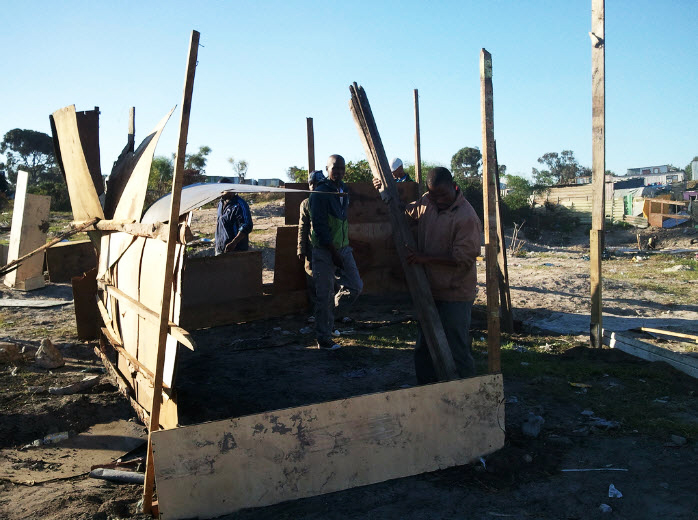 We will continue to struggle to ensure that the social value of land is put before its commercial value.

Abahlali baseMjondolo (Shack Dwellers Union) is the largest social movement of the poor in post-apartheid South Africa. To learn more, visit http://www.abahlali.org. For more information and comments from the Marikana Land Occupation in Cape Town, call Tumi at 073 218 2410 or Yolanda at 073 036 6060.

We are the women of Marikana and we will occupy Wonderkop Stadium tomorrow on Human Rights Day, March 21, 2014

The women of Marikana have been denied the right to march to Lonmin. The protest permit was refused today because Lonmin (owner of the Marikana platinum mine) refused to write a letter granting permission for the women to march tomorrow.

But we will still go ahead with our plans to hand over a memorandum of our grievances as a community and as the women of Marikana, which we feel Lonmin should address. The Public Safety Department was willing to allow us to march, but it is Lonmin who has refused our call. What gives Lonmin the right to decide on our constitutional right to march?

We will be gathered outside the Wonderkop Stadium from 9 a.m. tomorrow morning till someone from Lonmin arrives to receive the memorandum.

We appeal to the media to cover this event and to hear and make public our grievances which are as follows:

All of the above mentioned grievances increase the risk of Aug. 16, 2012 (the notorious Marikana massacre, death toll 44), repeating itself and we, as the women of Marikana, do not want that to take place again. We say enough is enough!