The New Afrikan Prison Rights Movement is presently promoting the concept of a Black Community Victims Foundation. The BCVF will be responsible:

The BCVF will be responsible for serving our victims of violent crimes. The BCVF will be community-based and independent from government and/or law-enforcement influences. This is a health and safety issue. We hope to establish a chapter in every New Afrikan community.

People, according to Webster’s dictionary, restitution means: l) An act of restoring to the proper owner something taken away, lost or surrendered. 2) An act of repaying or compensation for loss, damage or injury: Indemnification. 3) A return to or restoration of a former state or position. 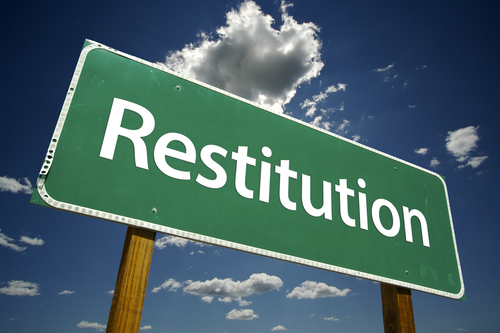 In the early 1990s, the state of California legislated a new reconstituted policy on restitution: Every prisoner who entered the prison industrial slave complex (PISC) after 1992 or thereabouts would be required to pay restitution. Every time a prisoner received money from their family or other loved one(s) the prison takes 55 percent out for restitution. Ten percent goes directly to the prison, and the government allegedly distributes the remaining money to various victim’s rights organizations.

But not one cent is going to New Afrikan victims of violent crimes. The vast majority of New Afrikan prisoners who are doing life or time for murder, attempted murder or assault, their victim(s) were also New Afrikan.

Restitution means “repaying the victim(s),” may that be in medical bills or funeral expenses. But this is just another example of kapitalist exploitation and dismissal of BLACK LIVES!

Why have the New Afrikan families of these violent crimes yet to receive restitution? They are the real victims!

Restitution means to restore, to make whole. The present government-sponsored restitution policy is in fact a government scheme to rob poor people of their hard-earned money.

When a prisoner is accused of assaulting and/or killing another prisoner, he or she is charged and if convicted, he or she will be required to pay restitution to the government, but the prisoner who was the actual target of that assault or murder does not receive one penny? This fact alone exposes the government-sponsored policy on restitution as a fraud! If this was truly about victims’ rights, then many poor people both in prison and within our communities would have been receiving their restitution!