Bill Siegel’s “Trials of Muhammad Ali” shows an evolution of consciousness rarely if ever seen when looking at an iconic figure, in this case the greatest boxer of the 20th century, Muhammad Ali. In this story of Ali, Siegel crafts a tale that without preconception allows his audience an opportunity to enter the Nation of Islam as Cassius Clay did.

We meet the influential men in young Ali’s life, his financial supporters – a Louisville, Kentucky, powerhouse and a spiritual support network under the leadership of the Honorable Elijah Muhammad. Through candid interviews with NOI leader Minister Louis Farrakhan, Ali’s older brother, Rahman, his second wife, Khalilah Camacho-Ali, his daughter by a later marriage, and others plus archival newsreel footage, we see a very different picture of Ali emerge.

Sharp and on point within and without the ring, Ali as a youth is impressionable and smart – his relationship with Khalilah, who, though younger, gave him excellent guidance, which Ali listened to. These are some of the more poignant parts of the film. I love the courtship and genuine love between the couple and that of his brother, Malcolm X, and admiration of others, including Elijah Muhammad.

Ali’s trials start long before the one that strips him of his title. They start when he changes his name and joins the NOI, when he decides to take the less traveled path, the one where he is his own man – a free thinker, independent. The media doesn’t like his choice and later he is made to pay – financially and morally – when he refuses to go to war. The slander is unbelievable. I wonder if such would be allowed today.

According to Farrakhan, Ali says to him, “Still a N-gger,” today, at the height of his career and reputation. What does he mean?

Ali’s decision to be a conscientious objector is a choice Martin King supports, despite their religious differences. This is an important point, because it shows that the division imposed philosophically between Malcolm X and Martin King was just that, an imposition which had no reality. It was more a divide and conquer tactic by the enemy of peace and justice. The way the scene is set up here, King’s killing seems directly linked to his position on the unjust war.

The suffering this court ordered by refusing to allow Ali to box and Ali’s move into public speaking and worldwide travel is a very interesting part of the film, as is the court’s final decision about whether Ali would be sent to prison or the case dismissed. We see Ali grow and mature into his public persona as he engages college students at home and heads of governments abroad.

We have all heard about Ali’s refusal to go to Vietnam. I hadn’t realized that his leader, the Honorable Elijah Muhammad, had also been a conscientious objector. I also hadn’t known that Ali’s life was threatened, his house set on fire, the same day as Malcolm X’s assassination. 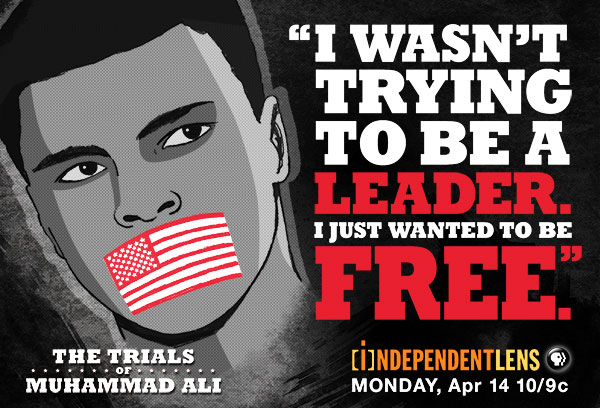 Through it all, Ali is as witty and quick thinking in response to propaganda and prejudicial attacks as he is to physical blows in the ring. It is magical to listen and watch. The scenes of Ali in the ring, ending matches in the first round, second, third – he is skillful, I’d think, as he taunted his opponent, jabbing him, wearing him down before knocking him out. From the 1960 gold medal Olympic championship fight, light heavyweight division, between Ali (U.S.), then 18, and Zigzy Pietrzykowski (Poland) on, controversy seemed to follow the charismatic athlete.

There is a great scene in “Trials” with another Olympian gold medalist, Tommie Smith, who, along with bronze medalist John Carlos, raised his fist (for Ali). Smith says the gesture was for Ali. This was in 1968, a year after Ali’s petition for amnesty was denied. Carlos, Smith and Australian silver medalist Peter Norman all wore Olympic Project for Human Rights badges and, when they returned home, all were ostracized for this political stance, just as Ali was when he refused to go to war. Veteran athletes Jackie Robinson and Joe Louis didn’t agree with Ali’s position on the war either, while Malcolm X and Elijah Muhammad didn’t agree with each other, but both supported Ali.

Who knew? I certainly didn’t. Smith speaks candidly about this time in the film. I found the calculated symbolism in this moment amazing. 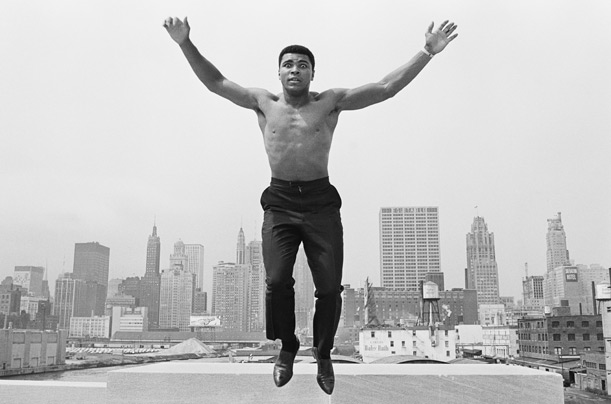 “After the race was completed, the three went to the podium for their medals to be presented by David Cecil, 6th marquess of Exeter. The two U.S. athletes received their medals shoeless, but wearing black socks, to represent black poverty. Smith wore a black scarf around his neck to represent black pride, Carlos had his tracksuit top unzipped to show solidarity with all blue collar workers in the U.S. and wore a necklace of beads which he described ‘were for those individuals that were lynched, or killed and that no one said a prayer for, that were hung and tarred. It was for those thrown off the side of the boats in the middle passage.’ All three athletes wore Olympic Project for Human Rights (OPHR) badges after Norman, a critic of Australia’s White Australia Policy, expressed empathy with their ideals. Sociologist Harry Edwards [UC Berkeley], the founder of the OPHR, had urged black athletes to boycott the games; reportedly, the actions of Smith and Carlos on 16 October 1968 were inspired by Edwards’ arguments,” Wikipedia reports.

Muhammad Ali was a force. He still is now as his legacy inspires others worldwide to stand for what they believe and resist the tendency to compromise their beliefs even when the consequences are likely to be unbearable.

The film is screening at the Rafael Film Center on April 21. To find out more about the film, visit http://thetrialsofali.com/. 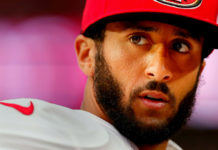