Mississippi Freedom Summer 50th Anniversary Conference is underway! Join us through June 29 at Tougaloo College in Jackson, Miss., as we bring everything full circle. Just as in 1964, young people will be at the center of the Freedom Summer 50th commemoration with their own Youth Congress. The Youth Congress will cover topics like voting rights, education, healthcare and workers’ rights, but with a definite nod to a younger audience. Topics will include gay rights, social media, education (particularly the “school to prison pipeline”), and new directions (how to connect issues and impact civic engagement).

While America will be commemorating a massive 50th Anniversary of Freedom Summer in Mississippi this month, a smaller contingent of the celebration will be focused on repeating the gains of the original movement with the help of the nation’s younger members.

“It’s sad that in our lifetime we’ve seen a reversal on so many issues that we fought hard for during Freedom Summer,” said Mississippi ACLU Advocacy Coordinator and Freedom Summer 50th Youth Congress Coordinator Jed Oppenheim. “We’ve suffered the privatization of public education, the corroding of all aspects of our education systems, the re-segregation of our schools.

“We’ve witnessed the destruction of many things we accomplished in terms of voting rights. With the Supreme Court decision last year, we got voter ID, which started this month in Mississippi, so we’ve highly backtracked in terms of access to the ballot. There’s an overall sense of frustration and a feeling of powerlessness in our ability to make real, lasting change.”

Oppenheim pointed out that “it’s sadly ironic” that the nation must get back together 50 years after the triumph of Freedom Summer and ask itself, “All right, how do we do this all over again?” Apparently, we do this by taking a cue from our elders, grabbing a metaphorical set of brass knuckles and jumping into another fight – again.

While America will be commemorating a massive 50th Anniversary of Freedom Summer in Mississippi this month, a smaller contingent of the celebration will be focused on repeating the gains of the original movement with the help of the nation’s younger members.

Organizers of the Freedom 50 Youth Congress say they plan to convene the largest group of youth activists in Mississippi since the original Freedom Summer of 1964, all in an effort to yet again push for national progressive change and political inclusion for everybody. From June 23-29, veteran elders of the movement, including Bob Moses and former NAACP head Julian Bond – among others – will join participants, organizations and youth from all over the nation to help train youth on engaging a political system tilting dangerously toward plutocracy.

Aside from arranging mass tours to Civil Rights sites around the state, organizers have scheduled sessions for youth under the categories of “political tracks” and “organizing tracks.” The organizing track will build on youths’ skills in unifying the community, particularly concerning themes such as education, voters’ rights, workers’ rights, healthcare, criminal justice, LGBTQ rights and immigrants’ rights.

The second track, the political track, is intended for young adults interested in seeking political office. That track instructs prospective future politicians on how to network, fundraise, fill out campaign paperwork and create a political platform.

This isn’t the first time that youth were the swinging fist of a political movement. According to Youth Congress Co-Chair Crystal Mattison, they played a prominent role 50 years ago as well.

“We have to remember that the folks who were at the forefront of organizing involved in the Mississippi Summer Freedom Project were youth. They were 30 or younger working on these initiatives, and we’re still dealing with a lot of those same issues, just in a different format,” said Mattison, who is also the director of Change Work at the Institute for Democratic Education in America (IDEA).

Organizers of the Freedom 50 Youth Congress say they plan to convene the largest group of youth activists in Mississippi since the original Freedom Summer of 1964, all in an effort to yet again push for national progressive change and political inclusion for everybody.

“Youth are very involved right now, actually. They’re very involved in the Moral Monday events taking place in North Carolina. You have youth in Florida who are part of the Dream Defenders movement, fighting against the criminalization of youth and people of color while also working this summer on voter education. You have young folks in Ohio who are working on canvassing and voter registration. There are others in Baltimore and Philadelphia who are working on the National Student Bill of Rights. They’re all over the nation. This summer is just a matter of strategizing, which is what the Youth Congress is focusing on.”

The Youth Congress will also get a hearty taste of mobilizing by orchestrating a march on the Nissan automotive plant in Canton, which is currently fighting employees’ efforts to unionize for better work schedules and job stability. Participants will also canvass neighborhoods, gathering signatures for a ballot initiative currently under way in Mississippi to force state legislators to fully fund state education.

Oppenheim said youth are not much angrier than they have been in the past over the nation’s decomposing political system, even though there is increasing cynicism over the influence of money in elections.

“It’s not that young people are particularly angrier, but that social media, which gives them a voice, is louder. It’s not that the issues that make you angry weren’t always there. They were. We were all bullied when growing up – but now it can be captured on cellphone and shot around the world to outrage everybody,” Oppenheim said.

“Young black men were always getting picked on disproportionately for criminal offenses. It’s always been that way, but now we have more tools at our hands to talk about it. The same goes for teen pregnancy and other issues. They were always an issue. But now it’s captured in a much different way.”

Above all, organizers intend to provide a space where youth will not be judged.

The event isn’t all about work, of course. The celebration will also feature talent shows, a massive block party at the historical Smith Robertson Museum, music shows and opportunities for youth to visit historical locations around Mississippi such as the COFO Civil Rights Education Center, areas in the Delta, and the 1963 home of slain Civil Rights activist Medgar Evers.

Youth ages 12 to 35 are encouraged to participate and register at www.freedom50.org. 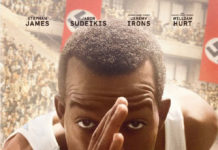 Alice Walker: Why I’m joining the Freedom Flotilla to Gaza