On July 23, 2014, at the Butner Federal Medical Center, Imam Jamil had a bone marrow biopsy to determine the presence of myeloma cells. Yesterday, Kairi and I visited with him at Butner, and today he was told by the Butner medical staff that the biopsy results revealed “some myeloma cells.”

He was told he needed to be monitored and tested every two to three months to determine if his condition has advanced to the full multiple myeloma stage. He would not remain at the hospital and could be monitored at another facility. The pre-cursor condition is called monoclonal gammopathy of undetermined significance (MGUS).

This raises the issue that more than likely he will be returned to Florence ADX until he has another episode. The sunlight has helped him at Butner, but I still am worried about his weight loss and the fact that he would be moved out of Butner so quickly.

We are working tomorrow to contact Congressional reps, although many are away on vacations. The thought is that if he is moved back, it will be difficult to get him back out of Florence short of his becoming deathly ill.

We will have to go public once again with the BOP’s decision to return him to the same institution that failed to recognize his medical condition until public pressure was exerted. He needs to be close to medical providers who are skilled with monitoring his condition, and Florence ADX lacks that capability.

Meanwhile, we are working on obtaining his medical records from Butner, so that we can involve our physicians in evaluating the findings, making recommendations, and monitoring Imam Jamil’s condition.

Let us know your thoughts.

Attorney Karima Al-Amin is the wife of Imam Jamil Abdullah Al-Amin. She and their son Kairi Al-Amin, also an attorney, can be reached at Al-Amin Law Group, LLC, 1000 N. Indian Creek Drive, Suite A, Clarkston, GA 30021, or email her at kashura@aol.com.

To persuade prison officials not to transfer Imam Jamil back to the dreaded Florence Admax, people of conscience are encouraged to 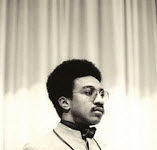