There may be hope after all. Back in 1995, I was a juvenile, tried as an adult, tried and convicted of first degree murder. Everything in my case attracted corruption from the LAPD – not allowing my mother to be present in the interrogating room to me being railroaded and unjustly convicted to 35 years to life from the case I caught in October 1995. 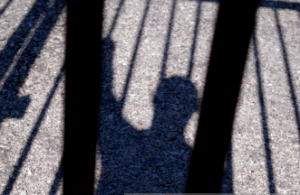 The public pretender, who rode a 10-speed in a suit carrying a suitcase to each and every court hearing, did not properly put up a fight to the courts, juvenile or adult. He should have argued the issues of whether I was thinking on an adult level or a juvenile level when the crime occurred and whether a crime occurred at all.

The public pretender never challenged my maturity level – I was 17 years old when arrested – to show if I should have been fit for my case to be bound over to adult court. It’s obvious I lost, and now here I sit 18½ years later, still serving the 35-life sentence, 25 for murder and 10 for an enhancement.

You can say I kind of lost hope at another chance at freedom. But new hope was found after catching many RVR115s (rules violation reports) and sitting on over 400 points . (Points are “based on the prisoner’s background, sentence length and any prior misbehavior in jail or prison,” according to Prison Law Office, and determine his security level assignment – Level IV, the highest level, for 60 points or more. – ed.)

On June 9, 2014, at 6:00 p.m., I was sitting in the cell in Ad-Seg putting finishing touches on a book I wrote, going over a letter from this husband and wife explaining to me they will not be able to assist me on putting my urban book together to start it up so I can self-publish. But I did not let that knock the wind out of me. Everybody has a dream.

The new youth offender parole process in this new law applies to people who were under the age of 18 at the time they committed their crime, were tried as adults and sentenced to life or a determinate sentence. Reading this new law, I found it clearly explains that starting from Jan. 1, 2014, the parole board was given 18 months, until July 1, 2015, to catch up on the backlog of hearings (PC 3051(I)).

I received a letter from a Human Rights Watch attorney explaining to me Senate Bill 260, which became part of the Penal Code effective Jan. 1, 2014. It’s called California Youth Offenders Parole.

I share this news with all people, especially those adults once found unfit for juvenile court who were tried as adults, being I was tried as an adult and fell into the trap of prison and so-called keeping it “gangsta.” When anyone is placed in a corrupt world to have to survive and protect yourself, you will easily be lured into fitting into a lifestyle that has no meaning. In prison, being dedicated to the streets and the homies only attracts negative attention.

No one really held my hand walking me through this prison b.s. It was something easily adapted to, attracted by the violence, but I learned that trying to fit in with the “Joneses” only digs yourself a deeper hole. But who is to blame?

I never wanted to become anyone’s fool or victim. When all odds are against you, being caged and oppressed by the boys in green and in blue, you create an identity. There’s no education, vocational programs or anything to pull people together on Level 4. We stay 180 yards away from paying attention to each other.

You can’t make one mistake, following the nonsense of most of these cats in here. Not being able to create a life other than claiming a street owned by the state, they will continue to be owned by the government.

When you are foolish and ignorant you will follow anything, and if and when you find yourself in this dump called prison, for the 90 percent good you do, the 10 percent bad will outweigh it all. No rules are being followed in here on both sides. All you really witness is men trying to impress each other.

They know what’s on “Big Brother” and who was sent home on “Survivor,” but they can’t tell you what’s going on in the reality show of life. It sickens me to follow behind a cancer, because it grew on me. Growing up without a father is a sad thing to have experienced, because the older homies of the ghettos were also misguided, being that they also came from broken homes.

I dug deep and really tried to find myself. A light switched on in my head when I received a letter from my mother while in the L.A. County Jail. A cat put his hands on her and she defended herself. The dude ended up in a coma, and after a year of being in the coma the victim’s family pulled the plug on him.

My moms was tried for the murder, lost the trial and was sentenced to 15 years to life. I was housed in High Desert State Prison at the time, really letting the time do me, and boy was it beating my butt in a five month Ad-Seg stay, being validated as being part of a disruptive group known as the Crips.

I racked up too many points and rode hard on the infested slime balls in green. I caught over 16 RVR115s by biting on their cowardly acts of being tough toward me while I’m behind cell doors and cuffed, sitting with the emotions of my mother going through concrete beat-downs.

I began questioning myself. I was never able to cry or complain. Emotions weren’t my friend, and the reality check of thinking about not having anything good my moms and family could say about me, or some sort of life achievement they could be proud of, whupped my butt.

So I sat with my thoughts and wrote. I apologized to my mama and sister for not listening and came to understand the real talk from both as well as the discipline. To the homies I was just a memory. But to family I was kidnapped and jacked of my innocence.

There was never any meeting on the turf explaining that death and prison can become an end result from being in love with the streets. But I cheated on them.

As I sleep with prison, I think hard now on whether I can have a future out of the concrete temptations. This SB 260 law states I will need to get an education, take classes or participate in groups, develop some sort of personal growth, ground myself, show maturity on an adult level, stay connected to positive family and friends on the outside, stay away from trouble, RVR115s, 128s, push negativity to the side and create a sincere me.

The law and SB 260, California youth offender parole, gives hope to us prisoners who were juveniles tried as adults.

People can get the SB 260 law at www.fairsentencingforyouth.org to learn more, and prisoners can get the case law and guide from any prison law library and from Prison Law Office. An associate, Haki, gave me a book called “From Miseducation to Education.” In it I read, “If you want to hide something from a Black person, put it in a book.”

When I read that, after Haki asked me who I was and I couldn’t answer his question, I put knowledge and education before everything to be able to identify with the real me and to break away from the slang use of the “N” word with every sentence and the “you know what I mean” and “you know what I’m saying” after every sentence. How could anyone know what I am saying if I don’t understand me?

The law and SB 260, California youth offender parole, gives hope to us prisoners who were juveniles tried as adults. I request that all of you wanting to go home get the prisoner’s guide, read it – heck, study it – allowing a fire to be lit under your butt to get into life making good changes. The homies will be there and others will come.

If keeping it “gangsta” put you in prison and others under the dirt, I request you grab another chance at life and hope and pray the board don’t keep their foot on your neck. Don’t deny yourselves a chance at life.

Send our brother some love and light: Kevin Curley, K-46348, SVSP, D2-112L, P.O. Box 1050, Soledad, CA 93960. A guide to SB 260 for prisoners and their loved ones and the law itself are available at http://fairsentencingforyouth.org/legislation/senate-bill-260-justice-for-juveniles-sentenced-to-adult-prison-terms/.